IS IT JUSTIFIABLE TO GIVE AWAY CENTRAL GOVERNMENT JOBS IN T.N. TO CITIZENS OF OTHER STATES :

I have attached a Video in Tamil , if you understand kindly respond to the problems and step motherly treatment meted out to the Job Seekers in Tamil nadu .

I have also seen in the Toll Plazas , Caterers in railways , and some staff in P.S.U's in T.N.

WHAT IS HAPPENING IS RIGHT ? OR SHOULD WE GRIN AND BEAR IT ?

Speaker : Tamizhaga Vazhvurimai Katchi is a political party in the state of Tamil Nadu. It was founded by former PMK MLA Panruti T. Velmurugan. This is one of the political parties in Tamil Nadu, which organizes various agitations for the issues of Tamils. more
Helpful Residents of Tamil Nadu Jun 21
Viewed by 447
View all 20 comments Below 20 comments

Vijayakumar L (Residents Of Thanjavur)
False propaganda. if a few north indians are found employed in central government offices presently here, we people are not tolerating and feeling uncomfortable. But they are employed after observing the due government employment procedures and rules, not as per any body's will and pleasure. For example, in the recent railway recruitments for group D vacancies, out of 12265 finally passed and selected candidates, 7598 are from south india and only 448 from the north india, the remaining from maharashtra, orissa etc. the pity is except tamilians, all other from kerala, karnataka and andhra speaks hindi.
lot many tamilians are working in north india, that too in very high posts not only in central government offices but also in many private concerns but they support and appreciate us.

L Kalavathi
There is an influx of North Indians in the southern states, not only in watchmen jobs but also in top posts in various organisations. Many of them do not speak any Tamizh at all and even if they know English, abjure it and speak only in Hindi. I have seen that in the Central Railway building, where I went to receive a friend from Mumbai, the office for onward booking had only
announcements in English and Hindi and none at all in Tamizh.
In a kalyana mandapam a watchman was making announcements to car drivers in the basement park only in Hindi. When I enquired he said he was from UP and when I suggested he should learn to converse in Thamizh he brazenly demanded "Why?". When we worked in other states we tried to learn the local languages to help us function more usefully. I found that in some bank branches the North Indian managers were repeatedly posted in the recent years and they would rarely leave their cabins or mingle with the staff/customers, not knowing
and not caring to acquire even a smattering of Thamizh.
The Gurkhas on the other hand who work here, almost always pick up Thamizh even though
they may not be as academically proficient as the North Indians.
It is indeed nice to be tolerant of all Indians provided our language and culture is also respected and not sneered at. The recent policy (since eschewed) by the Central Government
that applicants for Class IV? Postal recruitment should write the qualifying examination only in
Hindi and English and also the announcement that Supreme Court Verdict would only be available additionally in Hindi, Oriya, Mahratti, Telugu, Kannada and not in Thamizh also confirms the view many of us hold that the present Central Government views Tamizhnadu
as a colony, that would be given only step-motherly treatment, where the citizen's welfarewould be disregarded in favour of development at any cost, even should it lead to
the South becoming a desert!
In this scenario it is not realistic to preach to the residents of Tamilnadu that we should be
tolerant of all and should welcome other states' residents with open arms even if it amounts
to a denial of jobs for ourselves. We cannot forget how many Southerners had to flee Pakistan when Partition became a reality, often with nothing except the clothes they had on.
L.Kalavathi
Retired Bank Official
Chennai, Tamilnadu
30th July 2019 more
Jul 30

Raj Jeyakumar
India that is Bharat is fragmented by narrow parochial considerations of language,religion,Colour caste and political affiliations .What we need is not leaders with narrow perspectives but statesmen whose mind is free so that we can awake into a country of the dreams of Rabindranath Tagore.
R.jeyakumar more
Jun 26 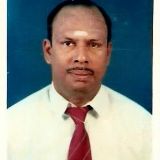 Sundareshwaran V Murthy
Dear friend,
Are you a resident of India or any other country? Why are you trying to separate people of our own country by State and Language? Don't you know several people suffering without knowing any other language except Tamil when visiting out of Tamil Nadu? The people coming from other states not only work in Tamil Nadu for their job, but also help to grow the relationship with their community in a different State and Language to the Tamilians for getting benifits whenever Tamil Nadu people visit other States. I am really surprised to note that such a silly question is coming from the mind of a Tamil speaking public, because our culture has always welcomed the world and not only offered opportunities to them, but also developed fantastic chances for growth of Arts, business, culture and relationships with them. I pray you to read the books regarding the life of our ancestors and their approach to the people of different countries and cultures, before suggesting ideas to disturb the total society.
Best of Luck!!!
V.Sundareshwaran,
Retired Civil Engineer more
Jun 23

IT HAS BEEN BROUGHT YOUR KIND NOTICETHAT THE âANDAL ALAGAR COLLEGEâ WHICH IS FAMILIAR INÂ  CHENNAI CITY HAS COME FOR AUCTIONÂ Â  THE MINIMUM COST OF AUCTION IS 5.5CRORES[INR] [ THAT IS $3.5 UD DOLLARS.IT IS IN YOUR HAND. YOU WILL BE GETTING ACONSIDERABLE PROFIT EVERY YEARÂ  IF YOUBUY THE COLLEGE OR I THINK OUR RELATIONSHIP WILL CONTINUE AS LONG AS WE AREALIVE IN THE WORLD.

Â THIS VERY RARE OPPORTUNITY IN LIFE TO RUN THE COLLEGE.Â Â  IF YOU HAVE INTEREST TO BUY THECOLLEGE,Â  PLEASE SEND THE AMOUNT TO MYBANK ACCOUNT GIVEN BELOW TOENABLE TO BUY THE COLLEHE IN YOUR NAME:Â


Your Magnanimous help in thematter is highly solicited