It is tragic that a 24 year old journalist died on 23rd October of injuries that he sustained while walking on the road and falling into an under construction storm water drain at Ashok Nagar in Chennai, sustaining severe injuries from the protruding iron rods at the site.

This is not the first time that such accident has taken place due to the under construction storm water drain project in Chennai. Earlier, a bank executive lost her life as a tree fell on her vehicle , where storm water drain work was going on. So many other minor and not so minor accidents have taken place in the last few months in Chennai, most of which have not been reported in the media.

Several technocrats have pointed out that the project has been designed with outdated technology and is unsuitable for the existing conditions in Chennai city.and quality of the implementation is so poor, that the residents have been put to great hardships.

As part of the project, digging of the road has been done to around 5 to 6 feet deep and width of around 4 to 5 feet. The drains have been constructed using steel reinforced cement concrete with two walls on either side with provisions for manhole, chute etc. This has been done in front of several houses leaving little space between the gate of the house and that of the drainage structure.

Experts have expressed shock that the storm water drain has been constructed in such a way that it’s top level is around one foot above the road level.

Experts point out that in constructing the storm water drain , gradient have to be maintained to enable free flow of water. It appears no measurement has been made properly to ensure the gradient level.

The area around the storm water drainage structure where soil has been removed earlier has been now filled with loose soil, posing safety hazard for people.

It is shocking to see that the workers , most of whom appear to be unskilled, are carrying out the work and removing the electric cables from the ground carelessly without being provided with the hand gloves, gumboots and safety goggles . Several citizens say that there have been no proper supervision of the work by the authorities and the entire work is left to the contractors who largely employ unskilled workers. In several places, electric cables have been left on the road , exposed to sun and rain.

Experts wonder whether the various technological options and alternate ways for laying the storm water drain have been carefully examined , considering the local conditions in Chennai such as rain fall intensity , periodicity of flooding, extent of flooding, the existing road construction and traffic intensity and density of population in the local area. On the other hand, the same design have been adopted for the entire city , not considering the local conditions. Careful evaluation of these factors are necessary that could have facilitated the least expensive way for building storm water drain , that can be finished in quick time without causing inconvenience and problems for the residents.

It appears that the authorities have chosen the most expensive and time consuming way of laying storm water drain ,by digging deep into the soil and using steel reinforced concrete, chute pipe , manhole cover, inlet chambers , retailing wall etc.

Experts say that in a crowded city like Chennai , drainage pipes could have been used for draining the storm water and the pipes can be laid under the ground ,instead of the present pattern of ongoing work. There are PVC and HDPE pipe options, both of which have become extremely popular in drainage applications in recent years all over the world , thanks to their resistance to collapse and chemical corrosion, flexibility and durability. While PVC pipes are quite easy to install, HDPE is generally the better choice for high pressure systems. Suitable provisions can be made in the pipes for connection, inspection, cleaning etc. from time to time ,as required.

In view of the poor execution of the project, several roads are now in an extremely bad shape and it is unsafe even for walkers in several places , apart from those who drive the two wheelers, three wheelers and four wheelers.

Further, storm water drainage project are being implemented in areas without adequate study for it’s need.

For example, in Besant Nagar and Kalakshetra area, which is near the seashore, the soil is lose and rain water can easily penetrate into the ground . . Whatever stagnation has occurred in the road in the past in the area has been only due to uneven road.

Ministers and officials have been claiming that more than 85% of the storm water drainage work has been completed. This does not appear to be so , if one would see the ground conditions in various places in the city.

The disappointment of the public with regard to the design and implementation are clearly evident and Greater Chennai Corporation owe an explanation to the people ,as several hundred crores of rupees have been invested in this project and people have been put to huge sufferings.

The overall public view appears to be that this storm water drainage project would not save Chennai city from water stagnation in any significant way during the forthcoming monsoon.

It is necessary that a high level technical committee should be immediately constituted to scrutinize the design of the project and methodology of implementation and the role of the engineers and officials at various levels from top- to bottom in conceiving and implementing this project.

The findings of the enquiry committee will help the Chennai Corporation and authorities by providing guidelines for such future projects.

Rengaswamy Ganesan (Residents of Chennai)
this accident was waiting to happen. there are international standards which has to strictly followed when excavations take place in public places. they are very simple to follow. a safety official should always be present. the whole project is poorly managed. more
Oct 30 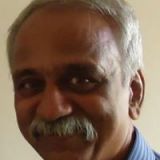 NARASIMHAN K
Had this been done by AIADMK government all media would have escalated this issue every day with so many debates, sad stories, etc. more
Oct 25

Jayakrishnan Kaveseri
They are not worried about public safety. more interested in getting money from these contracts. funny how the media is keeping quiet about this. more
Oct 25
Post a Comment