Delhi is world's most polluted city in the world

Can the esteemed members of this circle and the Delhi Govt do something about it? We are hurting our lifespan, health and will have all kinds of health problems in the future...

Article from HT below..

It’s no surprise that pollution is a perpetual problem in India. But it’s definitely disheartening to hear that India has slipped 32 ranks in the global Environment Performance Index (EPI) 2014 to rank a lowly 155 and its capital Delhi has earned the dubious tag of being the world’s most polluted city.

A comparative study of 178 countries on nine environmental parameters released earlier this month by the US-based Yale University shows that one of the world’s fastest growing economies is a disaster on the environmental front.

What’s worse, India’s pollution levels could be playing havoc with the health of its citizens. “A bottom performer on nearly every policy issue included in the 2014 EPI, with the exception of forests, fisheries and water resources, India’s performance lags most notably in the protection of human health from environmental harm,” said a statement issued by Yale.

A deeper look at the data gathered by a Nasa satellite showed that Delhi had the highest particulate matter 2.5 pollution levels followed by Beijing. Delhi, with 8.1 million registered vehicles, has repeatedly beaten the Chinese capital on particulate matter pollution.

The high PM2.5 pollution caused by high vehicle density and industrial emissions is the reason for the dense smog that has been engulfing Delhi during the winter months in the last few years, with adverse health implications. And while Beijing’s infamous smog has hogged headlines and prompted government action, even led to the announcement of rewards for cutting back on pollution, the dangers in Delhi have been largely ignored.

According to a study by the Harvard International Review, every two in five persons in Delhi suffer from respiratory ailments. The Lancet’s Global Health Burden 2013 report termed air pollution the sixth biggest human killer in India. The WHO last year termed air pollution carcinogenic.

Particles smaller than 2.5 microns in diameter (PM2.5 in shorthand) are fine enough to lodge deep in human lung and blood tissue and cause diseases ranging from stroke to lung cancer, the Yale study said.

Anumita Roy Chaudhary, executive director of Delhi-based advocacy group Centre for Science and Environment, said policy-makers have failed to take the kind of action needed to check phenomenal growth in air pollution in India. “The gains of the introduction of CNG in 2000 have been lost. We are heading for dark days if policy-makers fail to wake up to the growing environmental health hazard,” she said.

The Central Pollution Control Board’s report of 2011 said only two cities, Kochi and Coimbatore, met the national ambient air quality standards, which are six times higher than WHO standards. Air pollution in half of the 280 Indian cities monitored has been termed critical or hazardous for human health. “Air pollution levels in almost all cities are on the upward trend,” said a CPCB scientist. more
Helpful Improving Air Quality May 08
Viewed by 41
View all 6 comments Below 6 comments

Mohana Rajan (Astrologer)
Petition to "LG, Delhi: Homes for stray dogs/ animals, sterlization and creation of Central Relief Fund" and need your help to get it off the ground. Pl. Sign & support the cause. Here's the link:
http://www.change.org/en-IN/petitions/lg-delhi-homes-for-stray-dogs-animals-sterlization-and-creation-of-central-relief-fund more
Aug 16

Mohana Rajan (Astrologer)
Petition to "LG, Delhi: Homes for stray dogs/ animals, sterlization and creation of Central Relief Fund" and need your help to get it off the ground. Pl. Sign & support the cause. Here's the link:
http://www.change.org/en-IN/petitions/lg-delhi-homes-for-stray-dogs-animals-sterlization-and-creation-of-central-relief-fund more
Jul 27

Amit Mishra
We need to Sumit. I would like to find a platform and engage the Government and Citizens both in this. more
May 20 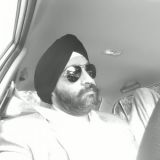 Can we collectively do something on some well known serious issues like waste management. I have been staying in Noida for 4 years now and the quality of air was much healthier and clean as compared to Delhi.

However, some selfish breeds of our society started burning hospital waste, kachra, plastic, and rubber in near by area. No matter whatever time of the day or night you come to that area, you will breath in toxins all the time. I fail to understand why the responsible authorities do not take strict actions. Why cant the govt invest some money and fix the poles and wire. Or what cant they put sign boards which clearly mentions the rule and penalty for burning garbage.

I request readers to share the experiences in the respective localities. And if someone has solution for this serious problem, then do share the same.