It is easy to blame the govt. and others, but it is always nice to find a solution for the problem with our own or collective expertise. Let us get to the bottom of the real problem. Which is missing in-case of Air pollution issue in Delhi and other metropolitan areas. more
Helpful Improving Air Quality Dec 24
Viewed by 131
View all 8 comments Below 8 comments 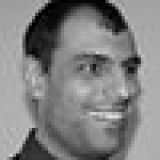 G. Cuccureddu
The issue of air pollution (across the world - I am from Netherlands) is so complex, the first thing really is Awareness. Awareness is the primary mover for change. The gov in NL is smartly covering the harm of (ultra)fine nanoparticles/pollution, but awareness is increasing. What is the situation in India on awareness? I guess much higher? more
Jan 07

Sunil Kulkarni (Environmental Professional)
I guess it is a global problem. It is all perspective and region specific. In India, it is due to lack of awareness and more of politicals… Atleast on the other side of the globe, government has allocated funds towards environment cleanup issues. Here funds are collected but no body knows, where they are going. For example, every industry is paying fees for Consents and for violations, then, where are the accounts and how it is spent on the environmental issues? this is for all the members on this platform.

If I have to tackle the situation and make it liveable, then, I will first spend time to completely understand the root cause of the problem in scientific manner, then, find feasible solutions to tackle it. Otherwise it will became a never ending story and blame game without any solution. more
Jan 08

Kaushikk D. Vyas
This is the first letter to the Hon. CM CM DELHI Tue, May 3, 2016 at 12:00 PM To: MIN TPT DELHI Cc: kaushikkd.vyas@gmail.com Sir, This email has been received at CM's official email ID. It is being forwarded for your kind perusal and appropriate necessary action at your end. Regards, Rajeev Gupta O.S.D. - Chief Minister's Office -------- Original Message -------- From: "Kaushikk D. Vyas" Date: May 2, 2016 8:54:52 AM Subject: Odd even formula for VEHICLES To: cmdelhi@nic.in Shri Arvind Kejriwalji, A VIEW WITH DIFFERENCE. THE FIRST LESSON AT Harvard Business School they taught is about 'A CHANGE IS ALWAYS RESENTED" Is the classic example of what is going on about your such creative action, in the interest of one and all. But all political parties who bent upon any good thing for centuries and don't come out of their match box to see the world around them with a difference. Your efforts in curbing and reducing smog in and around Delhi in coming years, are really appreciated. Some may keep on making noise and you and your most learned CM, who keeps on fighting for trivial issues may focus on more creative and not always at loggerhead with others. Sir,your mind and ideas are now only stuck on one single point. But there are more reasons to eye your critical watch on car , trucks manufacturing companies, The Oil refineries who produces, DIESEL, PETROL , AND OTHER INDUSTRIAL FUELS. Did your CM and all your colleagues know what quality, complying to which POLLUTION STANDARDS, ARE THEY SUPPLYING THEIR CERTIFICATE ALONG WITH EACH CAR AND DO THEY GIVE UNDERWRITING ABOUT IT? SAME IS THE CASE WITH OIL REFINERIES WHO PRODUCES ALL SUCH FUEL AND SALE IN THE MARKET, DO THEY GIVE THE COMPLIANCE, QUALITY CERTIFICATE WITH EACH DIESEL , PETROL, INDUSTRIAL FUEL BUYERS of VEHICLES are being sold in the market by those manufacturers, WHO CROSS CHECK IT? WHY DON'T THE PETROLEUM RESEARCH AND CONSERVATION INSTITUTE IS NOT BROUGHT INTO ACTION BY DELHI GOVT? IT MAY OPEN THE PANDORA BOX PERHAPS. WHY ONLY THE CAR, TRUCK USERS HAVE TO KEEP PUC CERTIFICATE? YES EXCEPT BAD MAINTENANCE OF THE VEHICLE , IMPROPER ENGINE CONDITIONS, DUPLICATE ENGINE OILS THE EXHAUST GASES MAY CROSS THE LIMITS OF EMISSION, BUT THEN WHAT ARE THE RTOs are doing all these years. What Transport ministry is doing? why the vehicle owners are not summoned on a fixed schedule for all such check ups? If one do not produce that check certificate no petrol or diesel should be sold to all such vehicles whether Govt or private . The above cited are just few steps for fulfilling your govt's goal towards achieving the goal of smog free Delhi and may clean peoples mind also. it will also show directions to all states in our country. Simply all the time put common citizen under the scanner and actions against them is totally bias minded and subjective steps to think we are improving, yes in a way but NO TOTALLY WRONG. With kind request to view it in the overall interest of DELHI but whole nation. will prove a real steps towards achieving air quality and health, and will save all citizens of their travel hardship due to traffic congestion. I have written about this issues to the CENTRAL GOVT.TRANSPORT MINISTRY and state Govt also. but as usual no one has time to read and respond in our democratic system . Alone you and me cannot fight against the system. and I cannot change the system, but that doesn't stop me from expressing my individual original,views . Sincerely, more
Dec 30

Narender Sehrawat (Architect and designer)
Rajeev g you still blame poor farmers. The problem lies in our atitude. Going in personnel car is a status symbol. Can we use metro or other public system. If we free Delhi for 3-4 weeks after that we can identify the main couse of pollution. Heavy trucks and other wehicles are allready bypassing Delhi. Various industries in or arround delhi are either closed or using non polluting fuel. So pls take the blame on our soulders only. If we reduce the load on roads then major problem will be solved. Dust and other carbon particals generation will stop. So pls take some safer steps usr publuc transport, cabs, seperate carbage at our ends and plant more trees in your house or parks. more
Dec 25 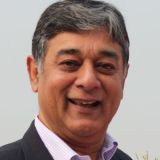 I use public transport where possible for long distances even though it can be very crowded and inconvenient at times. I am actively into community organic farming and I guide others by example to compost farm waste. By the way, as suggested by you, cab (not a public mode of transport) usage will not reduce pollution or traffic congestion.

The farm residue figure is from studies and not with any intent to blame farmers! Heavy diesel polluting vehicles do pass through NCR. Please note I mentioned NCR and not just Delhi.

You can refer to the following EPCA report for some of the information:

I am an avid gardener who grows flowers and organic vegetables in every available space including the roof of the house. My house is also surrounded by trees.

Please do not make assumptions in your comments :) more
Dec 27

Joy Shah
You are right Mr. Sunil, everyone must act as a responsible citizen. It should start from school level education itself! more
Dec 24
View 8 more comment(s)
Post a Comment