Signed 5/3000
Online Signatures: 5
To
ALL human beings of this generation 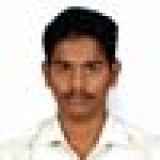 By Karthi Keyan
As people of current generation we are in need of safe guarding the nature and increase the water resources for our generation and as well as upcoming generation In current situation more number of farming lands are converted in to plots and in most of the cases these plots are not used for construction of houses and let un used but land promoters keep on transferring agricultural lands in to plots for their own income for example in my village more number plots were created before 10 years but more than 80% of them are un used till now, some of the agricultural lands was left un farmed for more than 15 years even though they are owned by well-educated and rich persons like doctor, industrialist, etc so there should be some control over this things such as
1. People buy plots should construct building house or they should plant number of trees possible in their plots.
2. Land promoters should be allowed to create new plots when all the plots created by them are being constructed.
3. Actions for removing “semai karuvalam” trees from public places should be increased and action against private land owners who are not removing this tress should be severed.
4. Unused farming lands should be strictly farmed or more trees should be planted by the owners
5. The industries which earned more income by/from peoples should return some part of it for maintaining the ecosystem, nature in surrounding localities, they can build water reservoirs which is the main crisis of today’s situation.
6. Tree plantation in the road sides should be increased more, plants planted in highways separator should be changed to plants which produce more oxygen.
7. Peoples living in cities should be insisted to grow number of plants as possible at least 5 - 10 “thulasi” plants which will produce oxygen continuously.
8. Government should be forced to construct dams, plant more trees in forest areas which are being destroyed all these years
9. Occupying forest areas should be strictly stopped
10. Need of nature should be stamped in heart of students mainly at the age of 10 -20 years
11. Peoples in higher positions should return some favour as an individual or group to place were they emerged

I am sending this request to all in an expectation that ever one will take necessary steps recording giving this world to next generation in good condition. "As all the organisation, system, ect are made not for earning but for better living in this world" Thankyou for your future steps,,,,,,,,,,,,
Together Against PollutionJun 26
5 Online Signature(s)
Viewed by 179