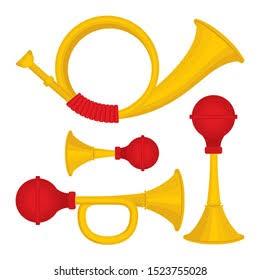 To
Ministry of Transport
nitin.gadkari@nic.in

By Naveen Gupta
Infants. Old and sick people need to sleep.
Also infants are with parents on streets and also have old people on street.

There is no logic in having horns on motor vehicles anymore.

Drivers no longer keep their feet on brake pedal instead they keep thumb continuosly on horn expecting others to move from their way.

This is permitted by law in India and government claims governance but is oblivious of the ground reality of Indian roads, how noisy they have become.

The responsibility of safe driving and to wait and to find way on road should rightfully lie with the driver.

It is arrogance approved by law makers that drivers are blowing horns to scare people.

Jungles are better than Indian metros and small towns and Government claims is making smart cities.

All horns shoukd be removed from all vehicles including electric vehicles by bringing change in motor vehicle act which should put onus of way on driver.

Assume everyone is deaf and make law accordingly now, or all will be deaf due to rising noise pollution.

Reverse horns, theft audible horns all should be banned from immediate effect.

A dog or cat goes near a car and have blaring anti-theft alarms blowing.

People arrive home at late night, reverse their cars to park in their slots and reverse horns blare even though there is no human being that horn meant to alert.
These horns only wake up old, kids neighbours.

Not even manual bell on bicycle should be permitted.

Whoever is in a hurry, let him run.
No vehicle public or private including bicycle or tricycle should be permitted to have horn in rowdy country lacking in sensibilities.
Transforming IndiaSep 05
4 Online Signatures
Viewed by 66