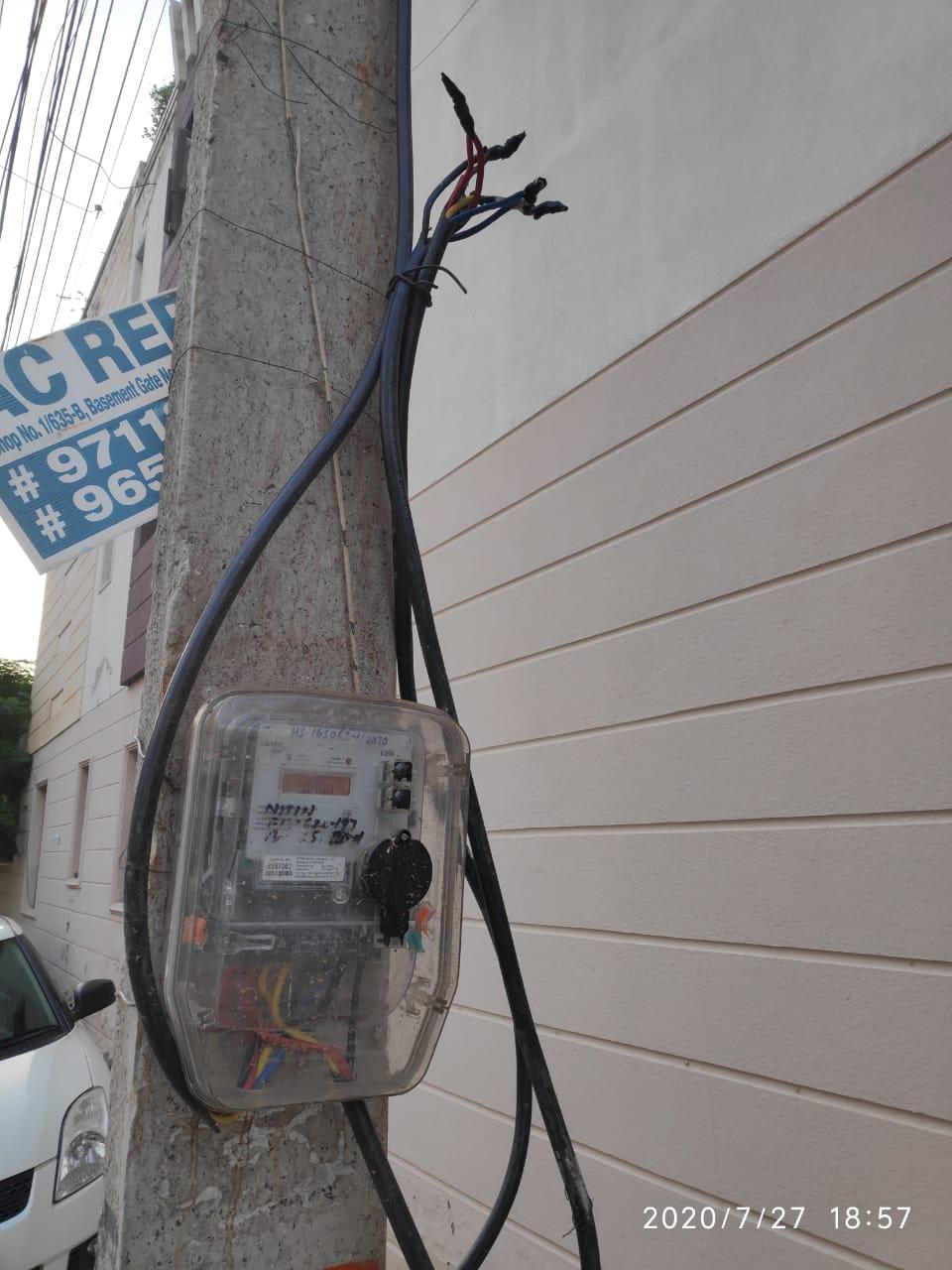 By S K Virmani
The DISCOMs (DHBVN/UHBVN) in Haryana have been found violating the regulations mandated by the Haryana Electricity Regulatory Commission as a result of which all the electricity consumers in Haryana have been deceived by such violations. These violations have been apparently unnoticed due to a lack of awareness about rules and regulations. It might have already crossed Rs. 1,200 crores and shall continue annually estimated at Rs. 30 crores per year assuming every year one lakh consumers being added across the State of Haryana.

As per regulations so mandated by HERC, the charges for service cable required from pole feeder cable to the point of supply at consumers premises are included in the service connection fee being charged by the Discom from the consumer. The consumer is ignorant about such regulations and hence the consumer is being misguided in providing the cable from their side. The DISCOMs with their intent of fraudulent means have intentionally omitted HERC regulations on their website so that the consumers are not aware. A detailed email has been sent to the stakeholders for appropriate action and the detailed document is available on the petitioner blog. While the consumers are being deceived all across Haryana, there could be possibility of fraud even in their purchases, the impact of which falls on the consumers. DHBVN has even gone to the extent of an installation report being fakely generated without even providing an electrical connection to the consumer who belled the cat. After the issue brought on social media, the connection was provided in a hurry with arrogance and can be seen in the photo.
The Petition was also marked to:

S K Virmani
Despite such a deceptive trade practices of DHBVN, a RWA of Faridabad has issued a letter of appreciation to JE and SDO. It was shocking having come across such development despite the residents of that RWA are suffering at the hands of DHBVN officials. It seems some ulterior motives has worked hand in glove. Will update further. more
Nov 02

S K Virmani
This petition has been viewed by 802 community members. Out of 802 members, only 201 members have signed the petition so far. While expressing my gratitude to the signatories, I would appeal the signatories to kindly propagate the issue to all their contacts so that as many people sign the petition so as to bring the defaulters to the accountability. The members who have yet not signed the petition, kindly come forward to support the issue of corrupt practices in the PSUs and deceiving the consumers. more
Sep 01

Shibdas Mallick (Resident of Gurugram)
Total power system in Gurugram (may be in whole Haryana itself) if just ridiculous and worse than even villages in other states.
None of the large cities I lived in in past 20 years has this kind of worst supply system.
Every now and then Power cut, very low voltage at night many a times I have seen 50 times power cut/power start in a night thus ruining AC/Fridges.
Is Gurugram a really smart city? Only concrete jungles don't make a good city. more