Why question credibility of the panel on Sterlite issue ?

The Hindu (dated 29th November,2018 ) has prominently published the views of a former Judge, questioning the credibility of the panel , appointed by NGT to investigate about the Sterlite closure order issued by Government of Tamil Nadu. The former judge has said uncharitably that the chief of the panel is not credit worthy. These are unfair remarks, particularly when it has been said by a former judge.

Further, the former judge has suggested name of other judges for including in the panel, whom he considers as having credibility. Why has he no included his name also in the recommended judges?.

While there are allegations about a few Judges , which may be motivated or otherwise, , no one should question their credibility unless proven guilty by a court of law. Position of judges is an unenviable job, as they can not please all.

It is easy to order closure of any industry by. the Government at any time due to one reason or the other. But, keeping it running by applying appropriate remedial measures is a challenging task, that competent Government should tackle.

Ramamani Sadasivan
Sterlite Company has been in operation for over a decade and has been the backbone of Industrial activity of the Tuticorin town. Livelihood of thousands of families is dependant on this company's running. A full fledged office of TNPCB is also functioning in this town for so many years. They have been "visiting" the plant and its peripherals frequently and filing their reports (after enjoying the Company's hospitality). Why has this scare of Ecological Damage sprung up now..??.. What was TNPCB doing all along..??..In these days of "rising unemployment" levels, do we need thousands of additions to the growing list of unemployed in TN..??... Further, Sterlite must have pumped in thousands and thousands of Crores of their money into the setting up of this plant..!!.. Nobody can tell them to " WIND UP " and GO ELSEWHERE ", just like that..!!.. I JUST HOPE THAT THE COMPANY SITS WITH THE TN GOVT. AND THE UNION GOVT REPRESENTATIVES IN A COOL ATMOSPHERE AND FIND A SOLUTION AND.....RUN THE PLANT IN TUTICORIN...!! more
Dec 01

Sreedhar Subramanian
Not surprised. Recent developments have clearly shown that judges are not above populism. Thankfully, NGT appears to be handling this sensitive issue in the best judicial manner possible; suggesting strong checks and balances to protect environment, while letting Sterlite operate. However, Govt of TN will most likely pander to populism and drag this right up to the Supreme Court. Until then, the future remains bleak for the people dependent on Sterlite more
Dec 01

Bharathi Kumar
we have to see the track record of the former Judge's Educational qualifications, which school he studies, which college he studies, in which Law Associates, he worked etc. This would give a much better clear picture of this Judge and who, which forces are behind him. more
Dec 01 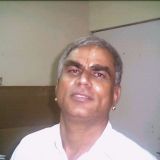 Sadagopan Iyengar
If they have judged him for that post without looking at all these you said and more to see to be seen, then Not my lord my God only can save us.

By the by the professional code and deceipline more
Dec 01

RAMA MOORTHY
Any industry that deals with chemicals,metals and like are likely to result in pollution and contamination. That is the reason that we have Pollution Control Board It is their duty to suggest safe guard measures and ensure that they are implemented accordingly If not take remedial action If this is not accepted, there can be no industry that can function Similar industries are still functioning in India and we need to know as to what was there methods for pollution control and ensure that they are enabled in this industry in dispute. Generally when such industries are approved there must have been a rule to cordon of that area with in which no residential complex be allowed with in a radius of 10 miles This must have been the case for many of such industries when it was allowed to be setup But over a period this is violated with our officials and becomes problem Mr Parandhaman must fight with pollution control board and monitor instituting safety measures

Of late when we do not have a strong leaders, each and every one wants to become popular and raises issues They are not willing to give solution It is more of Politics that makes this as an issue more
Dec 01