It is reported that ten candidates including five professors from Anna University and two from IIT madras have been shortlisted and would be called for an interview on August,9, 2021, for selecting the Vice chancellor of Anna University.

All the candidates are senior academicians with long track record.Calling them for interview and selecting one and rejecting others inevitably would lead to a feeling of humiliation amongst the “rejected “ candidates. Obviously, the “rejected” candidates would be frustrated and would wonder as to what their students would think about them and how society would rate their academic track record in future.

It is widely rumoured that several posts of Vice Chancellors in Tamil Nadu universities have been filled in the past on the basis of recommendations from politicians in power. A few of the Vice chancellors have also faced charges of corruption and nepotism, largely due to political connections. All in all, many people have started wondering whether Vice Chancellors are political appointments.

To avoid such situation in future , it is necessary that selection must be decided on fixed criteria , which should be based on qualification and track record only. On the other hand, when the selections are made on the basis of interview, it is quite possible that there could be selection made on the basis of whimsical views of the panel members , who conduct the interview and who may be prejudiced for whatever reasons.

It is particularly surprising that a retired IAS officer is one of the members of the interview committee, who has no academic track record.

The most desirable method of selecting a Vice Chancellor is that a selection panel consisting of former Vice chancellors who have not faced any charges should study the track record of the candidates and obtain the details of their vision for the future growth of the university , provided in their written statements.

The sad episode with regard to the earlier Vice Chancellor M.K.Surappa is a case study of how even a person with a strong academic record could be humiliated by politicians and bureaucrats.

The selection of the Vice Chancellors by conducting interview and based on views of the panel members is an arbitrary method of selection and do not inspire confidence that the selection has been made in a fair manner.

Venkat S (Residents of Chennai)
Well! Clearly defined skills & qualification should be criteria fir selection, professors who apply should be meeting 90%, then a panel of 5 academically qualified includes past VC from other states has interactions with short listed 10 candidates - based on weightage provided for each criteria the Chancellor takes the decision & submits to govt with a detailed note why a particular candidate was selected. This transparent process helps in selection of VC. more
Aug 02

Manickam Balasubramanian
Any interview, short comings are bound to be there. Then how to go about. Unless selection committee is not biased and transparent, it is next to impossible to ensure fair selection. more
Aug 02 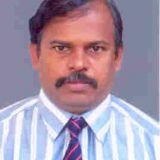 KAMARAJ SOUNDARAPANDIAN
It should be transparent. more
Aug 02

RV Varada Rajalu
It is not appropriate to think that the rejected Candidates will be dejected and feel humiliated in front of their students. As a Learned gentlemen they should accept the truth and their position in the Interview. Such discussion should be avoided nrespectfully. more
Aug 01
View 9 more comment(s)
Post a Comment