Since the advertising budgets of these big company's is so large, all major news papers did not publish the letters sent to them.
There were 3 Company's who had defaulted i.e. DCM Finance, Morepan Labs, and Mc Dowells crest finace.
Had met Mira ku mar, when she was Minister of Social Justice, gone to Consumer Court, but all legal remedies are a sham. The rich and powerful are protected and cushioned. No one took action and after few years of pursuing it at all these bodies gave up, as even the Himacal High Court ruled in favour of Morepen more
Helpful Legal Advise and Matters Jul 19
Viewed by 91

Rabindra Singh
For the benefit of all the investors who lost money in Fixed deposits offered by Morepan or McDowell Krest Finance, I would like to bring this to your notice that cases have been filed against them in Indian courts and decision made in favour of investors. Court has ordered these companies to return the principal amount along with the interest and the other charges. Please google for details. more
Oct 11

Csn Sarma
AP H.C. is also defending the rights of investors of Financial Cheaters of these three years . Need for fastening the cases of last two decades too . more
Oct 11

VVS Ramakrishna
Based on the write-ups & comments as above and based on my own experience with ICICI BANK and its group ICICI Prudential Life Insurance company, and also the attitude and judicial responses from Consumer courts from District level to the National commission, I agree with Ms. Arora and others.

Justice is delivered often than never, to the perpetrators of crime and not in favor of the victim of such crimes.

Allurment from Private Banks like ICICI Bank and of so called fund managers where insurance companies of bank's group company are involved, are such that even the most informed tends to be influenced at some point or the other and once in the pocket of this vicious circle of operators, the end result is what Ms. Arora has gone through and what I'm going through.

The grievance recressal cells madandated by the Regulators and operated by the respective service providers, are usually an eye was when their pricipals are at gross criminal acts and do not ever redress the greivance of the victim at all.

These Oraganizations and private banks act in Don Quixotic manner to favor their stand at all costs as they have the strength of public money and the vicitm is handicapped to rely on own resources to the doomsday and without any light of justice.

I am of the opinion that utmost caution is required in money matters and fail proof determination not to fall a prey to oral allurements which never get substantiated on paper to give leverage to the criminals as an escape route.

PSU banks and organizations used to be reliable earlier, if they still continue to be reliable; one may perhaps trust them to some extent with their hard earned money. more
Jul 21 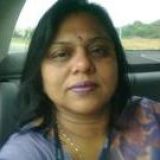 Sangeeta Madan
NO ONE KNOWS THE FACT THAT WHEN KING FISHER AIRLINES WAS STARTED THE WHOLE OPERATION WAS CARRIED OUT BY FOR TWO YEARS BY INDIAN AIRLINES AND BILLING WAS MADE BUT TILL TODAY KING FISHER NOT GIVEN SINGLE PENNY IS ANY ONE QUESTIONED HIM FROM AIRLINES OR MINISTRY???????????????????????????? ITS MORE THEN 250 CR.... more
Jul 19

Irvinder Singh
It is really painful to loose ones hard earned money. I think we should not put our money in company fixed deposits. The risk is not worth the 2 to 3 % extra which we make on fixed deposits.

The broker who advised you too put your money in these FDs would have made a hefty commission and probably misguided you. If you are risk averse put your money in Bank Fixed Deposit. If you are willing to take risk put your money in a reputed Equity Mutual. You run a lower risk because they spread the money over a huge number of Companies so that if one goes bust only a part of the money is lost. Secondly if the companies do well you don't get a measly 2 or 3 % extra but get an excellent return making the risk worthwhile.

So if you are an average investor stick to Bank FD or go for a reputed equity fund depending on your risk taking ability.

Indria Daman
I'm a victim of DCM Financial manipulation too. Secured Debentures are not worth the paper they are printed on. more
Jul 19
Post a Comment