See attached 771 cases reported yesterday. Craziness. If testing was proper the number could be much higher. more 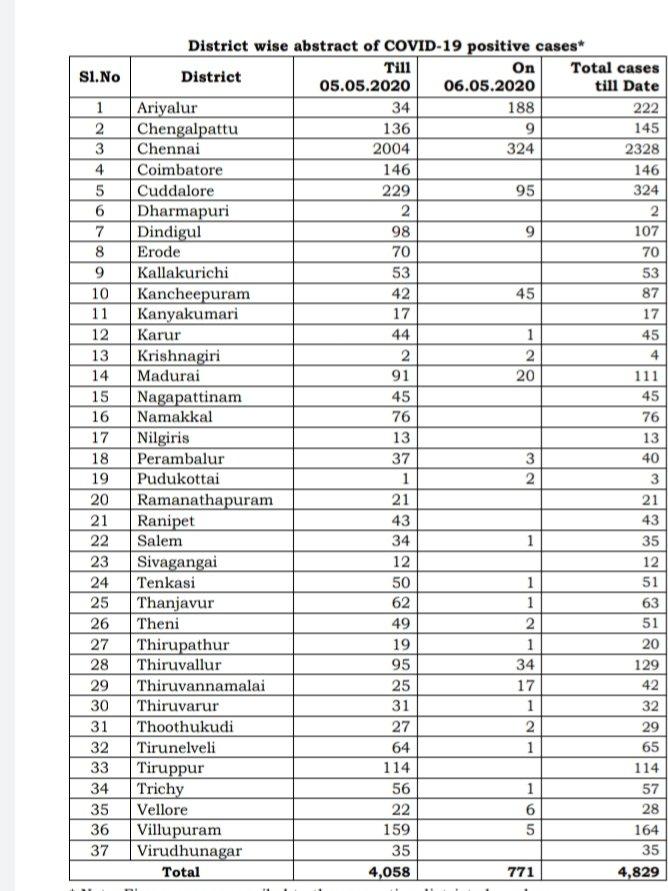 Suresh S
Testing to be enhanced further. Until an effective vaccine is found, people should be educated to improve hygiene and immunity. A collective action from Government, NGOs and public at large to be initiated to sail through this rough weather. more
May 09 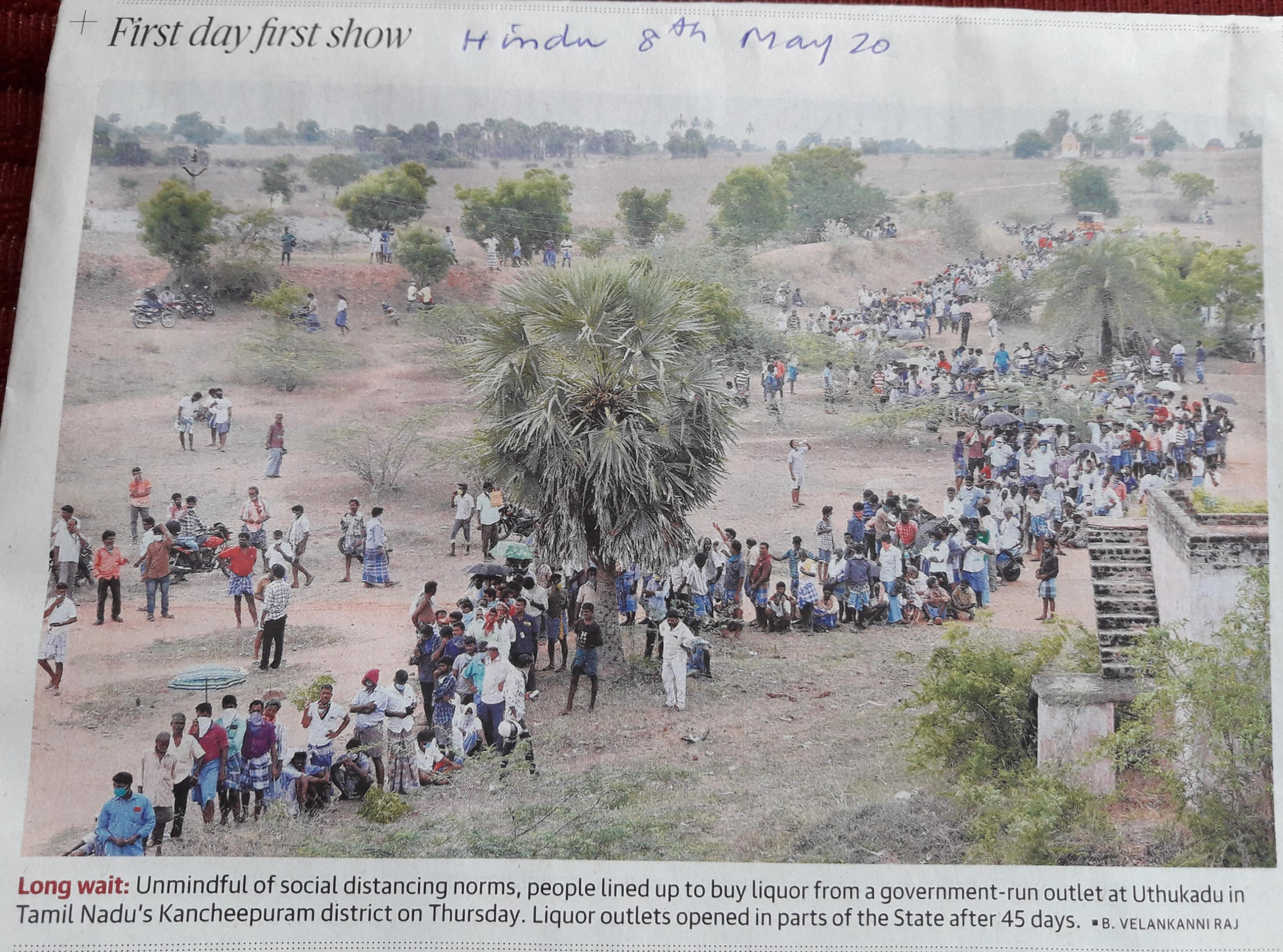 It is really heartening to note that this circle for T.N,Chennai is being encouraged by Readership . Hope these valuable suggestions and comments will be seen and heard by the decision makers .

The Spike in numbers , post "Single Source Delhi Event " is due to increased Testing after availability of the KIts following severe shortage; now the administration has the confidence of having sufficient bed strength.These shortages were all over India .T.N.is doing around 13,000 tests a day . More in targetted areas . Chennai being one where more than 3,000 tests are done on focused areas to unearth the cases and prevent further soread .

It wasn't a wise decision at all to make people crowd in Koyambedu for days together WITHOUT REGULATING THE CROWD , that resulted in 600 cases connected to koyambedu and keeps going on .

THE KOYAMBEDU EXPERIENCE OF CHENNAI HASN'T MADE THE ADMINISTRATORS WISER AS WITHIN THIS SHORT PERIOD ANOTHER WRONG DECISION HAS BEEN MADE ONLY FOR THE SAKE OF REVENUE . OPENING OF LIQUOR SHOPS, AND IF CROWDS ARE NOT REGULATED (SOCIAL DISTANCING AND WEARING MASK, HAND SANITIZING ) , AFTER A WEEK WE CAN SEE ANOTHER SPIKE IN CASES TO CATCH UP WITH MUMBAI AND DELHI . - Take a look at the Serpentine Q for the so called Nector of Tipplers .

Kerala Managed well as it was a literate state for over 25 years . Second most important wherever they work , their love for their State and Language remains with them . The effort to Scuttle the spread successfully was this singular co operation from all. more
May 08

Sakthi Dharan (Residents of Chennai)
I will point out that Tamil Nadu people are not giving importance to the serious effects of Covid 19.It is the concedrn of the most of the people with awareness on Covid 19.Free education,free ration and other concessions have made people moron like. more
May 07

Vijayalakshmi Kannan
The number of cases are increasing by leaps and bounds.TN Govt is very ineffective in controlling. No one can do wonders, I agree and understand but the methods and procedures applied to minimise and then mitigate are far from sight.Govt is not consistent in its notifications, wavering with times, which shows the inexperience, lack of understanding , lack of able guidance in the field.Besides all these, the GOVT is inerested in increasing its revenue/ income by opening liquor shops, letting people free to trade and so on.I am sure this is not a safe situation and needs to be addressed by educated, experts.The residents living beyond Chennai city, particularly senior citizens are not able to get any home deliveries of medicines, fruits, vegetable and food.THIS CALLS FOR PRIORITY ATTENTION. more
May 07

Dillip Kumar Barik
Most of the people are fearless, as if they defeated Corona. Many people don't wear mask when they are going out for buying necessary things. Sensitization of hands and social distance are far way from scene. more
May 07
View 10 more comment(s)
Post a Comment