The Hindu has published the news " TANGEDCO staff demand money for fixing cables". (The Hindu dated 24/12/2021)

This is a long standing problem in Tamil Nadu during the last few years, faced by the people.

Whenever there is heavy rain, as happened recently in Tamil Nadu, in several places, the underground cable get damaged resulting in power disruption for the people living in the area. If a request would be made to local TANGEDCO officials to restore the power supply, it would be said that they do not have cable in stock and it would take atleast one month to place an indent to get the cable from the department. Therefore, the affected consumers are asked to buy the cable and also pay the contractor for laying the cable .

The consumers have no alternative other than supplying the cable and paying the contractor as recommended by local TANGEDCO officials, since they cannot go without power for several days.

Very rarely people send a complaint to the higher authorities in TANGEDCO, since the consumers are afraid that in that case, the local TANGEDCO officials would not cooperate and would not attend to work promptly in case of supply failure in future. Further, if they would make a complaint , they would be asked to substantiate the complaint which require attending several meetings and considerable paper work and spending time . Finally, consumers are not sure that the higher officials in TANGEDCO would take note of the complaint and intervene to solve the problem.

The underground cables are costly . Many times, the people in the affected area join together and pool their resources to buy the cable and pay the contractor. This is not the end of the story. After laying the cables, the TANGEDCO officials at the local level may have to be paid some extra money to restore the connection and power supply.

This above situation is an open secret in Tamil Nadu

Since The Hindu , which is known for fair and credible reporting , has published this news, It is hoped that the top officials in TANGEDCO and concerned electricity minister in Tamil Nadu would take effective steps to save the consumers from such harassment. 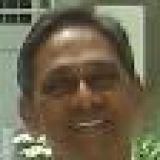 Jayakumar Daniel
The eCaption "MINSARAM ADHU AVASARAM" in Tamil over these 40 years has given a special pep and developed a Culture that ther without Proper supply of Electricity the Society can't thrive. It has gone a little too much into the highly unionised and Pamperred workers. Their dictum prevails and the the Babus (INCLUDING THE MINISTERS AND HIGHER UPS IN THE DEPARTMENT.) can't wag their tails. There have been lots and lots of Skeletons to be unearthed. Lets wait and watch whether the current Chief will permit his men to go about the same way it has been gpoing around for the past decade or use the pResent Minister in charge to get the inner information. This is an Acid Test. more
Jan 01

Anonymous Circle Member
The corruption in EB is proverbial for years; to eliminate it is herculean task and politicians who are themselves more corrupt would only empathize with the staff and not with the public. more
Dec 24

Lucian I D P
EB officials give power connection to buildings with illegal portions, illegal buildings, encroachments, etc for obvious reasons and do not disconnect the power to the said buildings even when it is brought to their notice. Neither the EB Vigilance Department or the State Vigilance Department is taking Departmental action and Criminal proceedings against the delinquent employees, for these violations, which causes flooding and even can result in fire and threat to lives. more
Dec 24
Post a Comment