Hi - Can someone assist me providing a notice on legal matter for a property related issue where opposite party is not fulfilling MOU related agreement and terms in it and timeline mentioned in MOU is already crossed.

Jaswant Rawat (Lawyer)
Until there is drastic reform, in the justice delivery system, the pendency of cases can not be resolved. There are different stakeholders in the system and each one is passing bucks on other. more
Jul 25

Prof Rama KUMAR.V (coopted member Animal welfare Board of India Southern zone, RTI activist)
It is discussed that 51, 978 civil cases and 11, 873 criminal cases was pending in the Supreme Court in 2010. A pendency of 3 crore cases exists in various courts of India with a civil case dragging for nearly 15 years. Many, if not most, civil litigations are land related disputes or absence/ ambiguity/ ignorance about land records. Sufferers include very aged and those who served nation during the prime of their life outside the home state. We know that India has around 300 Million hectares (MH) reporting area though geographical area is more than 329 MH. If with satellite imaging (Google has already done it in its private capacity) can be merged with current technics of measurement (like total station), a precise digitalized records can be generated whereby disputes can be considerably reduced. Making revenue records observable, measurable and retrievable and linking the records of offices of survey, revenue, village and sub-registrar offices with a uniform mother BTR containing the date and place of every transaction (say lease, acquiring, mortgage, partition, sale, etc. -LAMPS) would considerably enhance clarity. It will unburden courts whereby litigations can get disposed faster. As deeds and transactions can be registered with any sub-registrar there has to be a process for immediate linking of every registration of LAMPS with director of survey who can maintain a locality-wise record in each district. A permanent digital record of state shall be maintained in state directorate and district record room and made accessible to any citizen (as RTI Act prescribes). Today ‘non-encumbrance certificate’ can be applied for by any person. The digital record (BTR) can be made similarly accessible. A ‘standby record’ (master record) must be kept with director of survey with one additional director updating record every week with the help of district survey office, which office in turn shall do the updating every day as and when any registration done in any part of the state. This record must receive as much importance as the state banks or reserve bank. Any default or unauthorized attempt to manipulate record has to be dealt with (model) deterrent punishment. As LAMPS of every day would be recorded like a bank does with cash at the end of each day, uncertainty would be minimized. As the satellite picture of every block and field is available in the public domain now it will be easier to handle and correct maps and field records digitally. Land however small has an emotional attachment to the owner. Therefore, disputes involve considerable emotional and physical stress. While Law, law makers, litigants and law abiding citizens would stand to benefit by this process, law breakers would be largely isolated and be easily identified. Lawyers would be able to deal with cases faster which would encourage more law abiding people would seek their help. Interference can be discouraged sparing public men time for welfare work of their constituencies.
There are many wandering mentally ill consequent to prolonged property disputes. One can assist them to get well through proper legal and mental counseling. More lawyers can be available for legal counseling than for litigation. This can make the efforts of psychiatrists easy. more
Jul 14 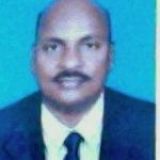 KVSN Murty (Vice President- finance&commercial)
i am in agreement with mr.nagaraj as MOU itsself is not enfoceable legal documents unless some clauses are suitably worded making both the parties binding. more
Jul 13
View 13 more comment(s)
Post a Comment