When suicides take place, whether in IIT or other institution or elsewhere, it is necessary to investigate the matter and ensure appropriate steps to prevent such incidents.
Apart from IIT Madras, students have also committed suicides in other IITs and schools and colleges all over India . Two days back, a student in IIT, Guwahati too committed suicide.

Unfortunately, the poorly informed politicians and T V media in Tamil Nadu are speaking about such unfortunate incident in IIT, Madras without any sense of responsibility and without awaiting the findings of the enquiry now going on.

For politicians, such incident is a political opportunity and for TV media , it is a business opportunity.

This sort of behavior of the politicians and TV media in Tamil Nadu who seem to think that they have the “wisdom” to talk and comment on any subject is highly objectionable.

behavior of politicians and T V media will certainly demoralize the professors and students in IITs which are institutions of excellence.

It is sad that the government has not condemned the behavior of such politicians and media and teaching faculty and educationists are remaining as mere observers.

N.S.Venkataraman
Nandini Voice for The Deprived more
Helpful Residents of Tamil Nadu Nov 22
Viewed by 447
View all 8 comments Below 8 comments 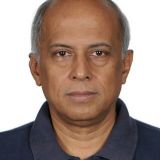 Chandra Mohan Venkataramani
I don't think either the political community or the media will soon have any credibility among the public at large, if they have not already lost it more
Nov 26

Ram K
What can one expect from poorly literate political leaders and the media with vested interests which wants to add fuel to the fire for the sake of upping the TRP ratings. more
Nov 24

Gopalakrishnan PS
this is a communal and political ugly game by politicians and mnority cmmunity. very dangerous trend which should be destroyed from the root more
Nov 23

PITCHAI MOORTHY
To say poorly informed is not appropriate these politicians are vote bank motivated and they all have grudge against this Premier institution in the state where their writ will not run ; Take the case of adjacent Anna University which is also a premier institution but we all know the same politicians are doing whatever they want ; Also take a cursory look of politicians TN has sent to Lok Sabah in 2019 Elections , then what else u can expect more
Nov 23
View 8 more comment(s)
Post a Comment