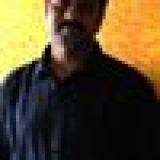 We are residents of Sri KALKI GARDENS in Hyderabad which was constructed in 2002. While constructing he built up a big hall the cellar and when asked by the buyers he mentioned that it is a dhyan mandir for residents. After completion he registered this dhyan mandir to KALKI bhagavan sacrificing our parking. These KALKI bhagavan devotees later on built up a boundary so that the residents will not enter from the premises directly. We have tried asking them to handover the hall as it was mentioned by the builder but our efforts went in vain. We don't have a parking now and facing lot of issues. Please suggest some solution for this. more
Helpful Legal Advise and Matters Jun 14
Viewed by 627
View all 11 comments Below 11 comments

UDAY GB
You may Complaingt before Consumer Commission as well as RERA - Saperately. more
Jun 19

Kameswara Rao Kolluri
You must have formed a society after the builder has handed over the apartment. what are the contents or the bylaws says in that. was a permission given to kalki prayer hall? do they own the cellar portion with registered documents? do they pay any municipal tax to that premises? all these questions to be answered. If they fail to answer these you lodge a complaint in police station as illegal occupants or trespassers of the building. take the help of a lawyer, that is also better. more
Jun 18

G. C. Mathur (Expert in Consumer Protection.)
Go by the building plans offered at the time of sale to you. Find out how many buyers of the society flats have given their consent for the construction of the Kalki Mandir after certification of occupation by the authorities. With such facts in your hands, file a case in the consumer court for vacation of the area that was meant as an underground parking for the flat buyers. more
Jun 16

VED PRAKASH (RWA Residents)
Residents society should file SLP in HC Andhara Pradesh for getting relief with full facts prevailing at the time of booking the flats. more
Jun 14

Venkataraman Swaminathan
To re-share the comment posted on FB :

1. " common CELLAR area" (< FONT never heard of or appears to be a novel idea, not to be found in any of the related State law, or Rules, or Bye-laws !

a) Does that mean , it was not so mentioned in any of the related documents- including the 'conveyance deed' executed and signed in favour of/ by the bUYERS ?
b) RE. purtting up a wall (when?) , was it done with the necessary requisite approval, - let alone of the buyers, - of the local miniucial authority?
c) After having done so, is it allowed to be used by outsiders as well- apart from the Residents / /Buyers of the Building ?

3. Do the owners have a properly constituted 'housing associatuon' , in according with the applicable law/rules , for governing / having the common affairs of the buyers'/ Resident's by a duly formed and functioning 'management committee '?

4. Do anyone or more of the persons having 'vested interests' in the 'HALL' used as 'dhyan mandir ' own or resaide in any of the resaidential 'ÚNITS' in the Building ?

And, is it resgitered under any law- say, as a 'TRUST'?

Answers to the above, may provide useful clues for the concerned / aggrieved to decide upon the course of action to take and pursue, to the end of a possible success !