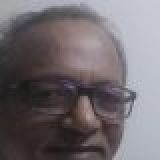 Do you want to see an email of year 2012? See it..
Subject: Improvement of India Railways

Dear Sirs,
Indian Railways are trying to meet the demand of travelling public for tickets by various restrictive measures such as limiting the time of booking tatkal tickets and other means by which well meaning and paying public are subjected various inconveniences. It is said that middle men and touts are indulging in blocking tickets through various means.

The scenario is exactly similar to the inconveniences faced by Indian citizens to get a telephone connection, a gas connection or booking a car/scooter etc during 1980s.. Earlier Government/ service provider resorted to rationing and quota system to discourage consumption and also to indirectly encourage exploitation by various interested unscrupulous elements.

Is the present policy of Railways is on similar lines. Instead of meeting increased demand of public, it is trying to regulate the demand through restrictive means. It is the same scenario in Airline sector before liberalization. As members of Consultative Committee you are in an advantageous position of examining the position clearly and suggest expansion of the services to meet the demand of public.

I suggest some measures for your kind examination and implementation by Railways if found feasible.

1. Increasing the number of trains. Increasing the number of lines in main sectors where demand is more. Increasing the speed of trains after taking all safety measures. I understood that the issue is under the consideration of Railways/Government.
2. Introduction of premium services between four metros. Super fast over night trains with higher fares. Say 25% extra in each class. it will ease pressure on aviation sector too.
3. Introduction of train services through public private participation; on similar lines as transportation of Goods is allowed by private racks owned by private parties. Private party pays charges to Railways on similar lines as private Airlines are paying charges to Airport Authority of India. Minimum/ maximum of travel charges can be regulated by Government.
4. Railways to increase the number of bogies in each train as required (with double engines if required) depending on the wait listed passengers each day/train. It can also curtail the number of bogies if demand for reserved seats is less on any day.
5. Finally, corporatization of Railways. A holding company with zonal level companies with decentralized powers to invest and improve as per local conditions will do wonders. It will bring out the inefficiencies in the system and public will get benefited.
6. We strongly feel that the Railways is run through a closely held group of Officers not trained in ways suited to run commercial undertakings. It is high time that the mind set is changed. The checks and balances are not vigorous in Railways. The vendors to Railways, the railway contractors connected with railway works are all belong to a separate class of their own and are not those we meet in our known commercial world. It is high time procedures are liberalized.
Thanking you,
(K.Seshaiah)
18.12.2012 more
Helpful Make Railways Better Sep 27
Viewed by 1040
View all 13 comments Below 13 comments 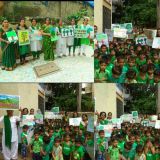 Gracey Augustine (Social Worker)
At present India not having that much effecincy . It is good lthinkit willyaka more
Oct 07

Dipak P.
If Rly want to work with better efficiency then It should be form in Corporate ways. The Corporatisation means Not Privatisation. The Privatisation of Govt. Services is not get any success in any country. The privatisation of Water Supply in Singapore failed. So the Railway , LIC, BPCL , Electricity , water , BSNL MTNL , Air India & Few star Public Sector Companies which Govt. Want to sell to Pvt . Sector It is totally foolishness or It seems to be first stage of Capitalism. They Do not have any experienced peoples like having in Govt. These official knows how to run huge machinery at maxm. efficiency. Only they want Good support to honest peoples. No SC/ SCT OBC & caste politics. reservations. No IAS Officers. They are mostly Corrupt Minded. Not all . Take strict Measures against Corrupt Babus. If They Find. Next day Show them door. No Judicial Enquiry / No Committee for enquiry. No Termination Benefits , Half Salary etc. Rly. or all Govt. Depts. Run in Profits. These Requires good leaders Having Vision , Not Based on Educational qualifications , Not Politicians then these sectors will run more efficiently. But Today the GOVT. want to sell everything & For BHARAT & Specially for Bharatiya Janta It is Ringing of Danger Bell/ Peoples should Unite against these Steps & Forced Govt. to take back these decisions. more
Sep 28

R V K BABU
For ages before 1947 there was no "bharatiys janata " in govt, yet we were ruled by others. rather we were surrendered to foreigners by those non SC ST BC and so called "efficient, educated". Let us not talk about past because it like spitting on the sky.
If any one can help
pl help
1 Written test in judiciary and Pujari system. Any body can write exam
2. No NRI quota,
3. No management quota
4. Retirement age in politics
5, women representation as per ratio
Even in present Govt Decision making official what is the % of SC ST and Bc.
Take any board Or Cabinet What is the Ratio
what is ratio in judiaciery and what is the present condition of judiciary .
Pl check before judge. more
Oct 25

Rajesh Iyer
The suggestions are viable to some extent. But we need to introduce visas for travellers visiting top 10 States in terms of GDP contribution. This is inevitable to check the exodus of migrants having criminal records in their home state and commit crimes outside. This will enable us to improve safety measures as the home ministry and their officials are less in number compared to the cases they have to attend. more
Sep 28

Rajiv Gogate
All of us tend to overlook the fact that railways were regarded as a service sector where the prime objective was service to the common man. So as long as that remains,it will be difficult to corporatize the railways. Unfotunately for political mileage, the govts did not revise the fares in propotion to the losses made. Ultimately what was a profit making dept earlier became a loss making entity with the govt continuing to avoid fares revision. A realistic approach of the fares needs to be adopted. Every time an extra facility is provided, the fares should get revised by default. We continued to get faster trains, cushioned berths, TVs, Wifi etc for almost free. The govt should not give free lunch to anybody and levy charges for every additional facilty provided. Even the waiting halls and restrooms should be on chargeable basis. To keep its original motive of service to the common man, it can keep a parallel arrangement with minimum charge like 2~3 unreserved bogies in most trains, an alternate free waiting hall with restrooms etc. Only if the income of railways increases, we can expect better services and facilities. Another factor is our exploding population. Not only railways we will fall short of any infra structure like roads and roadways, water storages, educational institutions, medical facilities etc as long as the population stabalizes or better still decreases. I always come to the conclusion that our population is the biggest hurdle in our advancement and the root cause of all our insufficiencies. more
Sep 27
View 13 more comment(s)
Post a Comment