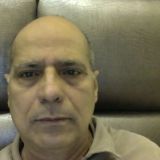 We are NRI and investors in India. We were cheated by our GPA holder. We went to file FIR with Commissioner of Police Bangalore. We were directed to file report with J P Nagara police station. We went to J P Nagara police station and waited for registration of our FIR but inspector in charge called us next day. Inspector and Sub inspector tried to reach over phone to GPA holder and her accompany, but failed. Next day we waited from 10AM morning till evening 6 PM for registering complaint. But no one registered complaint despite our providing all legal documents and evidences. We left a written complaint and no receipt was given to us. We left the police station dejected. We returned to Australia.

We lodged our written complaint to Indian High Commission in Australia , as well Home Secretary Government of India, Minister of External Affairs but no one returned with acknowledgement. We waited for six months. On our second trip to India we visited police station and delivered set of documents with clean and irrefutable evidences, still police took no action. We met Additional Commissioner of Police Bangalore , he issued written order, then only J P Nagara Police station registered FIR No 0028/2016 By J P Nagar police Station.

It is clear cut proof of extreme disrespect of Supreme Court of India on registration of FIR.

We met Home Minister of Karnataka Shri Parmeshwar, he called up DCP and asked for investigation.
Despite assurances by Home Minister and Additional police commissioner law and order no action was taken by police to investigate.
We provided police with bank account numbers details of account, passport copies, pictures of culprits, phone numbers, police shows utter reluctance to take action as the culprits are related with some officer.

Police is protecting both the culprits of crime.On top of it police now transferred case to Electronic City Bangalore police station, When we spoke to inspector of Police station he said , he is waiting for direction of his DCP (SE).

If police force is so corrupt and indisciplined , how can one expect law enforcement. 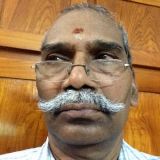 Visweswararao Gandem (Senior Citizen)
Dear SRI Prithvi Raj Sikka..... It is clearly there in the Sec. 154 cl.3 Cr.P.C as "Any person, aggrieved by a refusal on the part of an officer in charge of a police station to record the information referred to in sub-section (1) may send the substance of such information, in writing and by post, to the Superintendent of Police concerned ...... etc. It is an undisputed one. The question is how many complainants are in know of it. There again, what kind of hurdle has to be faced by the victim/complainant is another question. When the SHO is bound by law to register a case and issue FIR on the strength of a report or statement reduced into writing from the complainant in a cognizable case and when the concerned SHO refuses to do it and disowns his responsibility what should be the action against him and who has to take action. Here again only departmental action is obviously needed to be taken against him from the same fraternity. How many such incidents of taking departmental action against such erred is again a question for discussion. Since all rather many have become thick skinned in the department ultimately the onus of the STATE is subjected to be targeted for discussion by the Citizens as the basic fundamental rights of citizens are getting infringed. A solution which is more practicable is needed to be evolved with the active consultations and deliberations suggested by learned people like you. more
Apr 18

Prithvi Raj Sikka (lawyer)
You file the complaint with higher officer. or send through speed post . After expiry of 7 days file case before the Judicial Magistrate of area under section 156(3) CrPC and court will call SHO and direct to register FIR and take action. more
Apr 17

Nagesh Rao
Mr.Uday's guidance is perfect. Pl act immediately & accordingly. No point in going rounds with visit to police officers & Politicians. Most of them are hand in glove with the culprits. Especially karnataka police is lazy & most corrupt. But responds to courts order with little bit delay here & there. Once it is a court matter even Politicians will not interfere directly & if your case is falls in a good official 's hand he will act by shooeing away these guys saying "Court Matter Saar." Being a NRI you have strong legal hold & Courts are bit sympathetic but have their own limitations. Soon after filing the case give publication in leading local news papers. Even if it has been sold it will arrest resale as nobody wants to buy property in litigation. All the Best. . more
Apr 15

PUTHUCODE ANANTHARAMAN
State what have you faced and send it my registered a/d letter to High court requesting them to file FIR with the police. Endorse copy to the JP Nagar police station about their carelessness. more
Apr 13

UDAY GB
In absence of the Reason i.e. cause of action(Presumable it is cheating case) , advisable multifold action : 1. Pursue with Indian High Commission Australia - so o save the time, efforts and money (so also the Ministry of External Affairs). 2. You can file Private complaint with nearby Court wherein the incident had take place. 3. You may also opt U/s 156(3) for directions for investigation. 4. You can also file complaint U/s 173 (8) to the Nearby Court for taking the cognisance & issuance of Directives. 5. If the matter is that serious - you may apply to High Court with relevant Documents requesting for Intervention and directives. Should you require any further help and assistance feel free to contact. more
Apr 13
View 23 more comment(s)
Post a Comment