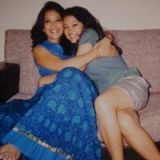 Justice in India by Neelam Krishnamoorthy

On August 19, 2015, I stood outside the Supreme Court of India, distraught and bereft of hope, tears streaming down my face as I spoke to the media. I had just been robbed of my only hope to find justice for the killing of my children Ujjwal and Unnati who had perished in the fire at Uphaar Cinema, New Delhi on June 13, 1997.

Suffering with me were 28 families who had lost a total of 59 loved ones in the same fire. From 1997 to 2015, we believed the judicial system in the country would help us get justice. Our belief was strengthened when the owners of Uphaar Cinema, Sushil and Gopal Ansal were convicted and sentenced to jail in 2014 by the Supreme Court.

However, since the two-judge bench could not come to a unanimous decision on the quantum of sentence, the matter was referred to a three-judge bench. We had waited for 17 years for the verdict, so at this point a further delay did not surprise us or shock us. But what has shocked us, and I believe several others in the country, was the verdict which was delivered on August 19, 2015.

The Ansal brothers were permitted to walk free without serving any time in jail if they paid a penalty of 30 crores each. They were permitted to buy 59 lives including those of my children for 60 crores. The penalty was to be paid to the Delhi Government for a trauma center, which already existed.

Please join me and members of the families of the victims to protest against this injustice on September 12, 2015 at 5 pm at Jantar Mantar as we protest peacefully and hold a candlelight vigil for our loved ones. Help us make this city safer for your children and loved ones.

(Neelam Krishnamoorthy's son and daughter were among 59 people who died in a fire at Uphaar, a Delhi cinema, in 1997) more
Helpful Legal Advise and Matters Sep 10
Viewed by 513
View all 211 comments Below 211 comments 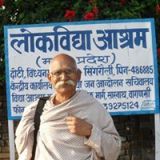 Narayanarao Tatavarty
In this system poor guilty and some times poor innocent is punished promptly. The rich is never touched by the judiciary as they can afford to engage good advocate and classmate or relation of the judges for huge fee. The connections and crony capitalism works in this system more
Nov 16

Muthu Kumar
good step, but movable atm if it is there with bank personnel with cash with tight security, then it will be easy for the people to get cash in all metro,town,bus stop,railway stations and business area more
Nov 16

Csn Sarma
Indian Law Commission , Indian Police Directorate have to urge apex
inevitably . The Tragedy of U.P. that had taken many lives of those in
Investigation and , Research tll shall be end to Justice FAST because many
were intentionally Killed .

Ranjit Biswas
It is not more than a joke that our courts had taken almost tw
o decades to decide a criminal case relating to untimely death of 59 people because of sheer negligence of the owners of the theatre. That too before delivery of the judgement the judges utterly failed to take into account the mental pain the near & dear ones of the deceased had suffered during such a long period with the hope that the guilty will be served with stringent punishment for their crime. From such a judgement knowingly that the accused are well capable of paying the penalty and even more to get rid of jail terms or any capital punishment, we are compelled to believe as if our courts also follow the principle of 'you show me the man, I will show you the rules'. more
Nov 15
View 211 more comment(s)
Post a Comment