In recent years, around the world, vigorous and noisy anti plastic campaign by the so called environmentalists and activists to stop using plastics for short term and long term need have been gaining strength, backed by the media campaign.

Government of India has pledged to eliminate single use plastics in India by 2022 and for setting such target, India has won global acclaim for it’s “Beat Plastic Pollution Resolve” declared on world Environmental Day last year. So far, around 22 states and Union territories in India have joined anti plastic campaign by announcing ban on single use plastics such as carry bags, cups , plates, cutlery, straws and thermocol products.

When the title of the world anti plastic campaign was termed as “Beat Plastic Pollution” resolve, the campaign was virtually launched against all sort of plastics for any type of use, which made it to be unrealistic, counter productive and negative campaign.

While launching the full fledged anti plastic campaign, neither the central and the state governments in India nor the environmentalists and activists have cared to make any distinction between various types of plastics that are subjected to different use and applications. This has given an impression to the common man that the use of plastics in any form for any application should be rejected and producers of plastic goods are viewed as polluters by some section of the people.

Millions of tonne of different category of plastic are being used around the world for various applications. Such plastics include polyethylene, poly propylene, poly acetal, poly carbonate and many others. They are used for various applications including in construction activities , pipelines and fittings , packaging , electronics and tele communication .agriculture, medical diagnostics, fish net and several others,. Plastic is now playing an integral and inevitable part in many economic and industrial activities and this has to be recognized by the anti plastic campaigners. The question is whether it would be possible to eliminate the use of all types of plastics in all types of applications. This is technologically and economically unfeasible.

The main campaign against plastics centres around the fact that plastic is non biodegradable. The anti plastic campaigners gleefully carry out propaganda that if one would keep plastic product, it would remain in the same shape even after one thousand years. However, the ground reality is that non biodegradability as such need not be considered as negative aspect, as in several applications the permanent use of a material is a positive factor.

It is further said that plastic has been seen in the dung of elephants , in the stomach of the cows which eat them etc. It is also said that thousands of tonne of plastics are dumped and seen in the oceans and reservoirs as waste product permanently floating around . The electronic waste materials and plastic products used as packaging material etc. are also seen dumped everywhere. There are also allegations that plastic products are carcinogenic when incinerated. But, the question is why should the used plastics be dumped or burnt.

While the dumped plastics as waste material are a problem , it need to be thought about whether the ban on single use plastics will relieve the waste plastic burden to any significant extent. While single use plastic is sought to be banned or restricted around the world in single use application such as carry bags, plastics are used in several packaging products such as packaging of food , cosmetics, groceries , industrial goods etc. which would continue to be used for long time to come, due to the absence of equally efficient and convenient substitute material.

Around the world, many research efforts have been initiated to develop and produce bio polymers such as poly lactic acid , starch blended polymer etc. to make the plastics bio degradable. However, the technology development efforts are still largely in the formative stage and commercially available bio degradable products in adequate measure and quantity to replace conventional plastics with equal efficacy and utility value are unlikely to be available in the near future. The cost of production of such bio polymers is also a vital issue, as higher production cost would make it difficult for bio polymer to compete with the conventional plastics.

The campaign against the single use plastics and regulatory measures which have just been started in India and several countries is also likely to meet practical problems before long, due to non availability of substitute products in adequate quantity with equal efficacy. The present use of single use plastics are so high in quantity that replacing them with paper or jute or cotton textile can be done only to a limited extent due to availability issue of substitute products. In the case of textiles, some of the products like polyester staple fibre, polyester filament yarn, nylon etc. are non bio degradable products but still are used in some countries like India as substitute for conventional plastics for packaging and as carry bags.

The problem is not due to the use of plastics but the lack of facility to recycle and reuse plastics after it’s utility is over. While some baby steps have been taken to recycle plastics in isolated way in small capacity plants, a pragmatic world wide campaign in massive scale to recycle used plastics is yet to be launched.

Until suitable alternate strategies and measures are worked out and well implemented to develop bio degradable substitute for plastics and recycle the used plastics, the anti plastic campaign is likely to remain as a matter of academic interest and exciting issue and topic for the media and environmentalists and activists. 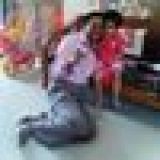 THANIGAIVEL KARTHIKEYAN
Plastic, politin sheets should be banned, now people giving support, this will continue. But my appeal to the government authorities, to implement without partiality, because multi national brands still using plastic and government water bottles are bulk packing still with the use of plastic. This will compromise the mind of the public, and they may think why should we only follow. So rules means for all segments and it should be uniform. more
Jan 27 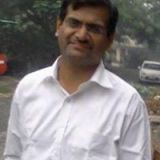 Prakash Jayagopalan
what is the way out, mama? what solution do you suggest? more
Jan 27

VENKAT RAJ (Residents of Chennai)
The banned plastic items manufacturing units should be closed and the govt. must provide them alternative new business venture with 25% startup incentives. more
Jan 27

RV Varada Rajalu
The Government of India has successfully taken adequate measures to ban Plastic Use but unfortunately the GOVERNMENT HAS FAILED TO CONTAIN AND BAN IMPORT OF PLASTIC WASTE WHICH HAS ALARMINGLY GONE VERY HIGH AND THE FIRST QUARTER HAS CONSUMED THE ENTIRE YEAR QUOTA.Who is going to bell the Cat. more
Jan 26
View 8 more comment(s)
Post a Comment