Tamil Nadu Chief Minister announced that Tamil Nadu Government would not allow hydrocarbon project in Neduvasal to be implemented.

Giving up of any project is not difficult. Earlier, Sterlite project was closed, with the Government of Tamil Nadu saying that it would not allow the project to operate.
On the other hand, it is necessary as part of good governance to take a holistic view of the situation and take decisions with long term interests of the state in view. Former Chief Minister Selvi Jayalalithaa adopted such pro active approach in the case of Kudankulam nuclear power project.

In a democratic society, sincere attempts should be made to convince the people about the need for the projects, instead of buckling under the pressure of opposition politicians, poorly informed debates and vested interests. Vote bank politics should be thoroughly kept out of government’s policies and priorities.

While the consumption of water for use in the drilled wells would not be very large, still if the required water would be tapped from the ground , this would really cause concern in Neduvasal and nearby areas, where the ground water resources would deplete in drought period and when there would be lack of water in the Cauvery river.

In such circumstances, the authorities have to assure that the water would not be tapped from the ground in the area but would be brought from elsewhere. Perhaps, like what Koodankulam nuclear power project in Tamil Nadu has done , a separate desalination plant can be put up to meet the water requirement.

There has been deafening silence on the part of the government agencies in providing the above details, which caused even more anxiety amongst people living in the area. In such conditions, even those not connected with the Neduvasal village started sympathizing with the local people and thought that they should be provided support to protect their interests. If the government is in possession of appropriate explanation for the misgivings of the local people, the government has kept it all to itself.

The government atleast could have offered to take the local people to other regions in the country, where gas wells are being operated without causing adverse conditions, which may have provided some confidence. Even this has not been done. 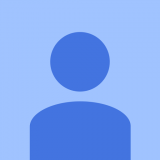 Govind Vijayaraghavan
Food production is of paramount importance to a country like India. Any activity that affects agriculture would face resistance. Either the government should reassure the people that their lands are not at risk or (if that is not true) should refrain from planning projects in such regions. Unfortunately, with the amount of fake news floating on social media these days, truth is the first casualty and the general population may never get the complete/correct picture.

Also, no government till date has really undertaken efforts to reduce petroleum consumption of petroleum products by finding substitutes. For example, encouraging of private cars or even continuing with public transport using petroleum products can never be justified given our geopolitical realities. more
Feb 13

Charles Kanakam
No sane person and person interested in the welfare of the people will convert fertile lands such as Tanjore and Cauvery delta, which is the most important source of paddy(the staple food of Tamil people is rice) to future desert by hydro carrbon/oil/gas projects. Food is far more essential than gas/oil or H C. Dry, waste and desert lands can be used for that. Whta our C M has done is highly laudable. more
Feb 12

RAVICHANDRAN VANCHINATHAN
The hue and cry by the vested interests against any development project in Tamilnadu is reprehensible. If the voices of these people are given importance they would succeed in their efforts to take us in the regressive path. more
Feb 12