A total of 7,000 engineers, graduates and diploma-holders has applied for 549 posts of sanitary workers in the Coimbatore Corporation.

This indicates state of affairs in the state and nation. A qualified engineer ready to work as sanitary worker and clean drains. 😢

The Corporation had called for applications for the posts of 549 grade-1 sanitary posts and 7,000 applicants appeared for the three-day interview and verification of certificates which began on Wednesday.

On verification, it was found that nearly 70 per cent of the candidates have completed SSLC, the minimum qualification, and most of them were engineers, post- graduates, graduates and diploma-holders, they said.

In some cases, it was found the applicants were already employed in private firms, but the government job attracted them as the starting salary is Rs 15,700. more
Helpful Residents of Tamil Nadu Dec 01
Viewed by 507
View all 8 comments Below 8 comments 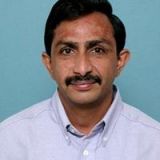 Ananthakrishnan Krishnan
Really sorry and without prejudice like to states that don't judge candidates with respect to their qualifications as I am working as a unit head in an engineering industry most of the engineering and other graduates coming for interview don't know even basic of their subject, very poor in general knowledge and language both Tamil and English. But all of them are good in manipulating mobile phone s smart phone usage. Market is flooded with only engineering graduates due to mush rooming of engineering colleges in our state more
Dec 02

KIDAMBI ARAVAMUTHAN PARTHASARATHY (Residents of Chennai)
unless school education standards are improved in TN, THIS WILL CONTINUE TO HAPPEN. TN schools are only mark making machines and not knowledge improvers more
Dec 02

RAMESH KUMAR
True... time to reskill or upskill based on the current situation. TN govt has to take serious action and manage the situation as a drive. more
Dec 01

Ramachandran Venkataraman
In Tamilnadu mush rooms of eng. colleges have come but the quality is lost. I have found boys without any basics of engineering. Industry requires an able engineer. more
Dec 01

Sankaran V.A.
It is more a political statement by a particular party leader. One should go into the background of all those engineering students who applied for the jobs of sweeper etc. Fact remains that professional degrees are being awarded on payment without appraising the ability and aptitute of students. Pathetic is that so called faculty, many of whom are themselves are not that qualified to either teach or appraise the students. A good example is that a doctor working in Govt Hospital engaged another student for writing neet exam for his son. This shows the level of teaching ability of teachers in schools, ability, aptitude and attitude of students towards education.

It is only because of quality of the students that professional courses are set to stoop too low. more
Dec 01
View 8 more comment(s)
Post a Comment