With Tamil Nadu going through severe drought, the feasibility of digging borewells in vacant lands should be taken up on war footing.

An opportunity is given below as an example.

In Chennai in Besant Nagar, fourth cross street, there is large area of government land which is not being used now for any purpose and a compound wall has been constructed around the ground. This was the ground where number of borewells existed earlier along with a pump house. Most of the water requirement in Adyar neighbourhood was met by supply from these borewells.

For whatever reasons, the operation of borewells were suspended several years back and the pump house was closed.

In the area around fourth cross street, ground water is available and are of reasonably good quality. Why not resurrect these borewells immediately? The area is large and atleast ten borewells can be dug.

The above suggestion was sent to Chief Minister's Cell , and even after five days, there was not even any acknowledgement.

Is the government of Tamil Nadu tackling water crisis on war footing or simply assume that with the monsoon arriving , everybody would forget the water crisis. 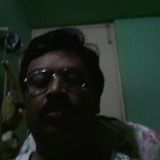 Gopal Rao
Rain water harvesting is only way to save our city. because all the water bodies houses are getting constructed and size of water bodies is reducing ,the politicians do not have vision in this regards. more
Jul 21

Sridhar S
people are eating up the natural resources but not ready to repay it back..this is the result ... more
Jun 20 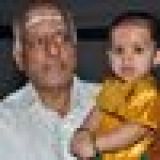 Venkatraman Sridharan (Residents Of Tiruchirappalli)
Citizens comittee of Besant Nagar & Adyar meet the miniter and urge for this. more
Jun 19

Ramu K (Residents of Chennai)
Do not depend on this government they do not have time to address grievance of common man. more
Jun 19

Jayakrishnan Kaveseri
Right now the suggestion to use govt vacant land for borewells is an useful suggestion. on a war footing, govt should initiate steps to bring water to chennai in train rakes from other places. Railways should be roped in to help. more
Jun 19
View 13 more comment(s)
Post a Comment