I am a resident of Ghaziabad. There are couple of dairies operational in our locality. All efforts at different levels have not resulted in anything positive. Individual as well as collected approach to Municipal Commissioner as well as to Higher officials in GDA have not resulted in anything. Some suggestions have come up to file a PIL with High Court. Is that the only way of getting to solve this Problem? more
Helpful Legal Advise and Matters Feb 15
Viewed by 538
View all 25 comments Below 25 comments 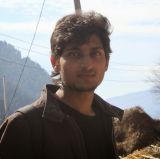 Ujjwal Agarwal (MyAdvo.in | Legal Tech Startup)
To understand your case properly from reputed and experienced Lawyers, post your question on www.myadvo.in | where you will get Free Legal Advice. more
Mar 09

Dr. Neelam Nath (Suneera Charitable centre for Health & Education)
Dairy on a plot means cows & buffaloes& excreta. Govt. is spending tons of money to prevent Mosquito breeding,sending a person from home to home to check stagnated water, there is campaign on media. Only a deaf and dumb person does not know about dangers of living along with mosquitoes. Please make an appeal to authorities citing threat to health of All citizens living in vicinity of this dairy.May be this will work in favor of you and everyone. Take help of local media also. more
Feb 18

SURENDRA KUMAR (Philanthropist, )
Yes I agree with Mr.Puthucode Anantharaman sir. There is no license required for starting a dairy. If the party is obtaining subsidy under NABARD scheme, he has to form a Company. He has to follow certain procedures like selection, breeding, feeding, waste management, housing and cattle health care if he opts for running a modern sustainable dairy farm. And if he fails the matter of public nuisance can be reported to NABARD If he is not doing so, the public /members of the locality jointly can approach the Dairy owner to shift his operations to any village. If it didn't work then they should get a memorandum describing all the difficulties substantiated with relevant test reports and submit it to the Municipal Corporation and Health Officer. RTI wont work as these small entrepreneurs are not under the purview. Dist. Health Officer can help in this regard The word “nuisance” is derived from the French word “nuire”, which means “to do hurt, or to annoy”. The concept of nuisance is one that arises most commonly in a man’s daily life and the decision regarding the same has to be delivered on a case to case base ensuring that neither the aggrieved plaintiff goes back uncompensated nor the defendant is punished unnecessarily. Indian Courts in the matters of nuisance have borrowed quite intensively from the English principles as well as from the decisions of the common law system along with creating their own precedents. According to Salmond, “the wrong of nuisance consists in causing or allowing without lawful justification the escape of any deleterious thing from his land or from elsewhere into land in possession of the plaintiff, e.g. water, smoke, fumes, gas, noise, heat, vibration, electricity, disease, germs, animals”. So there are remedies under the Indian Law... Under Section 3 (48) of the General Clauses Act, 1897, the words mean a public nuisance defined by the Indian Penal Code. Section 268 of the Indian Penal Code, defines it as “an act or illegal omission which causes any common injury, danger or annoyance, to the people in general who dwell, or occupy property, in the vicinity, or which must necessarily cause injury, obstruction, danger or annoyance to persons who may have occasion to use any public right.” Simply speaking, public nuisance is an act affecting the public at large, or some considerable portion of it; and it must interfere with rights which members of the community might otherwise enjoy. more
Feb 18
View 25 more comment(s)
Post a Comment