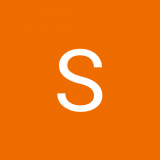 MPs who do not want the UK to leave the EU without a deal will later try to limit the government's financial powers in the event of a no-deal Brexit.

The House of Commons will vote on a cross-party amendment to the Finance Bill, which enacts the Budget.

Meanwhile, minister Richard Harrington said he is prepared to resign to stop the possibility of a no-deal Brexit.

Mr Harrington suggested to BBC Newsnight that others might follow suit, saying his position was "not an uncommon one".

MPs will seek to turn the screw on ministers with Tuesday's amendment, which is intended to demonstrate to the government the strength of opposition to a no-deal Brexit in the Commons.

If passed, it would mean the government would not be able to raise certain taxes and take other financial steps arising from a no deal - unless Parliament had explicitly authorised the UK leaving the EU without a deal. more
Helpful LC Internal Jan 09
Viewed by 8
View all 6 comments Below 6 comments