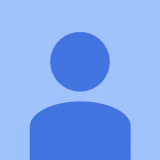 Devdatta Rivonkar
Below is complaint letter that I intend sending to the PI of Old Goa Police Station. Please let me know if there is anything that I need to add/delete from the below. The opinions of this group will help me a lot in finalizing the contents of the letter.

Subject: Complaint dated 21st July 2015 regarding Theft/ Robbery committed and Grievous injuries sustained by my mother - Filing of FIR and enquiry about the progress in investigation in this connection

On July 21st 2015, at 7:00 AM, while returning from her morning walk, from Four-Pillars, Panaji towards our house at St. Agostinho Wado, Santa Cruz, my mother was forcefully robbed of her gold mangal-sutra, by two persons riding on a Red colored Pulser motorbike. Both persons were wearing helmets. While the motorbike was driven by one of the robbers, the robber riding pillion forcefully snatched the mangal-sutra. The force with which the mangal-sutra was pulled was so great, that my mother fell to the ground and she sustained a fracture to her right shoulder. This robbery took place at St. Agostinho Wado, Santa Cruz, on the Vasantrao Dempo Marg, near the HDFC ATM in Chaitanya Residency Complex, opposite to Dempo’s house.

We later came to know that the alleged robbers had come from NH-17 towards Santa Cruz market and there they are made an unsuccessful bid to rob the chain of another lady, who resisted the same and as a result she fell to the ground and sustained face injuries. After this unsuccessful bid, they came up further towards the Santa Cruz junction and took a left turn towards Bambolim. When they noticed my mother, who was returning home from her morning walk, they took a U-turn near Bank of Goa and came back and robbed her mangal-sutra.

From GMC, my mother was moved to Healthway Hospital near People High School, Mala, Panaji. She was operated upon on 25th July and is currently recuperating. The cost of pre-hospitalization, hospitalization and post-hospitalization expenses till date is approximately Rs.1,26,000/-. The cost of the stolen mangal-sutra is close to Rs.1,00,000/-.

Sir, you may be aware that the sections of IPC applicable to this case namely Section 378 (Theft), Section 382 (Theft after preparation made for causing death, hurt or restraint in order to the committing of the theft), Section 390 (Robbery), Section 319 (Hurt), Section 320 (Grievous hurt) and Section 322 (Voluntarily causing grievous hurt), are cognizable offences under the Criminal Procedure Code. As such, it is mandatory for the police to forthwith enter the complaint into the register maintained for the said purpose, if the same relates to commission of a cognizable offence. On 12 November 2013, while interpreting Section 154 of the CRPC in the Lalita Kumari vs Govt.Of U.P. & Others case, the honorable Supreme Court of India has ruled that it is mandatory for the police to register a First Information Report for all complaints in which cognizable offence has been discovered.

Sir, the FIR is a pertinent document in the criminal law procedure of our country and its main object from the point of view of the informant is to set the criminal law in motion and from the point of view of the investigating authorities is to obtain information about the alleged criminal activity so as to be able to take suitable steps to trace and to bring to book the guilty. Without filing an FIR, on what basis will the investigation officer trace and bring to book the guilty?

Request you to kindly file an FIR in this matter at the earliest, and keep us informed once the same has been registered in order for us to collect a copy of the same.

Secondly, when we spoke to the investigation officer on 29th July, we were informed that he has asked for CC TV footages and the same were to be studied and the guilty would be brought to book at the earliest. We would like to know the progress done on this case till date. 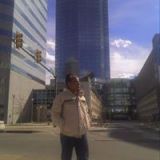 Vijaymohanrao Gundimeda (interest towards crimina laws and investigation skills and related issues.)
Even compalaints sent through RPAD are subject to verification by the Police. FIRs are granted at once in person and Police will not send them by Post. more
Sep 09

Devdatta Rivonkar
Hi Ram. Thanks for the feedback.

I have incorporated the feedback received from a few quarters in the letter and sent out an email to the concerned police officer today. I shall be sending out the Registered letter tomorrow. Sure, I will give them a week's time before I request for the FIR copy. more
Sep 08

RAM SHARMA
Did you obtain the receipt of receiving this complaint letter dated 7th Sep. from the concerned Police station? If not, obtain the same or send copies of this letter to the concerned Police officer & SP under Regd. cover followed by a request letter asking for the authenticated copy of the FIR after a reasonable time, say 7 days. more
Sep 08
View 21 more comment(s)
Post a Comment