Subject: Fwd: Daylight Robbery on a flight to Hong Kong .....

common now.
Putting your handbag on the floor is unsafe but we got no choice.
Maybe we should strap the bag on to the safety belt too.

As for bigger bag, it's best to put in the opposite compartment where we can see when someone comes to take away or opening it. If you put in the compartment directly above your head, it is difficult to see.
Thank you for sharing and it will be shared again.


Plse. take 2 minutes of your time to read the message below. Times are hard , and many turn to CRIME ........
This can happen on any airline going to any destination. These are very hard times for a lot of people!!!

I would like to draw your attention to an attempted robbery on a flight into Hong Kong last week.
With an hour to go, during the flight, I thought I noticed my bag being replaced in the overhead locker......I wasn't sure and decided it was probably a fellow passenger, moving it to access their own bag.

I dismissed any thought of any wrong doing, but upon arrival in HK, something told to me to retrieve the bag, just to make sure nothing suspicious had occurred. When I opened the overhead locker (not above me) and saw my leather bag was the only one occupying the space I knew there was a problem.

I examined the content, only to find all of my wife's jewellery, along with some cash had been stolen, during the flight. I raised the alarm and my wife and I quickly blocked both aisles to stop anyone at the back of the plane disembarking....there were around 120 passengers....

My wife and I both shouted for assistance from the stewards and stewardesses. Eventually a steward told me that security had been called but passengers were becoming very agitated and unwilling to show patience or understanding.. they just wanted to get off the plane....my wife and I were the only people controlling the passengers.

I pleaded with the passengers to check their own bags at which point three fellow travellers reported they had also been robbed. It was only at this point, did I see any evidence from the cabin crew that they were willing to provide any meaningful support.

I vaguely remember seeing a passenger wearing black, sporting a white base-ball cap and pleaded with the rest of the passengers to see if they could remember anyone fitting my description.

It turned out to be a passenger standing in front of me, who once identified proceeded to offload money, jewelry, camera equipment and false documents, running into tens of thousand, if not hundreds of thousands of dollars worth of stolen goods.

By this time security had boarded the plane, the Captain had been informed and was standing in the rear section watching the events unfold.

Eventually a policeman boarded the plane and I was able to explain the events leading up to my apprehending the thief. I have since been informed this criminal activity is reaching epidemic proportions and the authorities caught three thieves, just last week, (with 30 already on remand since early December) on flights into HK, with all the criminals coming from the same town in China.

It is estimated that only 5% are being caught judging by the reports of passengers contacting the police after they have arrived at their destination.

They sit in the back row of the plane observing where bags are behind or away from the passengers and systematically pull them from the overhead lockers, while passengers rest or watch movies, take them to the back of the plane and steal any valuable contents. They prey on foreign airlines as the penalties are so lenient, the pay-off makes it worth the risk.

I naively have never thought of robbers operating on planes, but now I have experienced it first hand, there are a few takeaways:

1. Hand luggage should ALWAYS be locked.
2. Do not assume luggage under your seat is safe....last week one passenger had her purse stolen by the guy sitting next to her while she slept !!
3. If in doubt, wear or keep any valuables ON YOU at all times !!
4. Don't assume, like me, that everyone on a flight is a law-abiding citizen.
5. Do not assume business class travel is secure....robbers can be wealthy.

have a small bell inside so that whenever you open , there would be a sound. more
Helpful Legal Advise and Matters Oct 31
Viewed by 129

Raja Chandra
Local Circles is a Exellent medium to spread awarness and knowledge. Must Congratulate Sachin Taparia and his team for introducing this to all of us free of cost. Very much superior to the Face Book. Thank you Sachin and his team. more
Nov 01 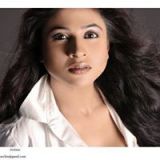 Archanaa Mignet
All the best to all travelling to anywhere in the world as i'm going to travel too. more
Nov 01

Raja Chandra
Aruna. My sympathies. Quite a harrowing Experience. Hearing all this I will clink to my Waist Bag carrying Passport and cash even to the Toilet every time I go. Check on my Carry bag above my seat. I am due to travel from USA to Delhi via London on 1st Dec. more
Nov 01

Aruna Arora
Shocking indeed. I have had my whole bag stolen, from train. We boarded an Early morning train from Rome to Venice. Infact the Boogie was still locked when we arrived. When we got in , the whole compartment was empty. So we took our seats and got busy looking at the Tourist Guide book, of what to see in Venice. The baggage hold overhead was transparent. We put our bags up and got busy looking at the tourist guide, of places we should see in Venice. My daughter had gone to pick up a Sandwich,when she came back she said where is your bag ? We were shocked , that our entire bag had disappeared. On hind site we recalled that a tall Guy had got in, but he went down the compartment , at far end. we did not notice when he got off , as we were engrossed in the guide book. In Venice they did write the complaint, but kept pretending not know English.Believe me they are very expert in Europe, and can teach a thing or two our thieves here. They steal with such finesse that you cant even make out. The Police is like ours, probably sharing the Loot.So we did Venice, without any belongings. Aruna Arora more
Nov 01
Post a Comment