Aruna Arora
The CJi in his wisdom is right that the Independence of the Judiciary should not be compromised. While most would agree on his thinking, he needs to address the following :-
1) Backlog needs to be cleared.
2) judgements are given, without addressing the issues . The main issue can simply be ignored. No way can the litigant do any thing , as they are simply Kathputlis in the hands of the lawyers and Judges. There is a strong nexus between them , all that they do is take dates , and fool the public.
3) The public is frustrated, and the perception is, its impossible to get justice.
4) Much is made about poor not getting Justice. Can the middle class get Justice ?
5) The CJI needs to look at the faulty methods employed, and suggest ways to conduct a fair , speedy trial, instead of making the matter linger for years, where no judge is held accountable for giving dates endlessly and prolonging the case. The whole exercise of trying to get justice seems unfair. Ask any educated person and he has such a poor opinion of the way the cases are dragged.
6) When will the CJI talk about Video recording the proceedings, so it can be analysed where the fault lies and set it right.
7) Concern about the Independence of the Judiciary , should in relation to the kind of trials that are conducted, where the honest citizen is made to feel like a Criminal.
8) The saddest thing in our Mahan Bharat is no one hope to have fair trial.
9) Judges equate them selves to GOD and are above questioning.
10) Unless, the Judiciary can make the common man believe, that justice will be done, its mindless talking about their rights.
11) Why have summer break ? Is the Government moving to Shimla ? With all AC comfort , they should run 2 shifts to clear the back log and holidays as per other Government servants. Why this prefrential treatment, when cases drag on for 20 to 30 years, and Justice becomes a Joke.
12) Courts are maintained at the Tax payers money, and Cases must be decided within 1 year.
13) Civil disputes and property matters go on for years, people who cant even walk , have to appear. If you filed for your property at 50, even by 80 nothing is decided, and we call this Justice. Does the Judge think he is doing justice ? When one is not able to enjoy ones rightful wealth, and spends years making the rounds of Courts, its blot on the system, which is being followed.
14) Hope the CJI can do something for timely Justice
Aruna Arora more
Helpful Legal Advise and Matters Sep 15
Viewed by 118
View all 8 comments Below 8 comments

Amitabh Nag
Most of it is due to lack of transparency. The IT infection brought in has been.limited and the eCourt project has been ill designed is not litigant centric It further tries to ring fence the jurisdiction of the various courts which has been the core issue for this kind of non transparency more
Sep 16

Dayananda Kamath
arunaji you have given detailed analysis i will give you one more example. in my case when i asked my lawyer what type of judgement is this where the judge says the penalty imposed is disproportionate but leaves the decision to employer that too in vague terms of golden hand shake , since the employee is stickler for rules may be given compulsory retirement etc etc. my lawyer told me that off the record judge was telling that any way i give the judgement it will be contested by the other party hence it may be desided by the next court. and the employer is nationalized bank. and on my appeal the apeellate judge went one step further saying that golden hand shake does not have any meaning but every common man knows golden hand shake means pay something more than what is due. this is the system of justice. more
Sep 16

S K Virmani (S K Virmani (citizen empowerment))
I agree to the points highlighted. The judges are more interested to be called or addressed as "me Lord" or treat themselves as "God" without acting as "god". The judicial process has been made so complex that it compels you to talk illogical. The judiciary feel very happy and proud if you declare that I have disowned my innocent son in the matters of matrimonial disputes. You cannot get your house vacated if you have rented out your house to a tenant. The way SC changes it own judgments is least to be commented. On paper we say constitutional wings are independent but in reality ................ Many judges are giving paid verdicts without any system of check and balances other than that the litigant has a scope of Appeals in the superior courts. Justice delayed is justice denied. Police wallaha say that no body can do anything whatever they do it. The only reference is the criticism by the court. No one gets punished. I have audio recording of a police inspector who kept on repeatedly saying "kanoon kuch nahin bigaad sakta uska". The top most priority should be the formation and implementation of Judicial and police reforms all other issues are secondary and will get addressed automatically. more
Sep 16 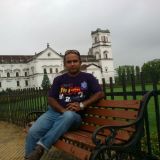 Dheeraj Mathur
Aruna ji is right on every point. I am also facing such problems. I had filed a case in saket court agains a person , under section 138 in feb 2013, however still i m looking for justice. . . case delay due to many holidays, many time second party not came,. . . i m available in the court on every date, because my advocate said " accused nahi aaya to chalega, lekin agar tum court me nahi aaye to case kharab ho skta he". Some time i feel that i m a criminal who have to available on every hearing. . . more
Sep 16

RAKESH Arora (fire and life safety)
hi. there are few more points related to it. about the case property. if there is any theft or accident with your vehcel, neither you can sale that and keeping the same is a big isse as trail goes till years years. however if this case property is a rail engine , that is never desired at court to bring as evidence. what our police does when the accident has happened and they made all entries , why the ehicle needs to be kept as evidence. One can see many vehicles lying dead at your residential areas , police malkhanas unnecessary storing the sapce and also occupying the crucial parking space, for which people fight nowadays. there are many things which CJI needs to look into, alongwith the points as mentioned above by Aruna Mam. another point is IS the Judicial system is not aware of these things ???????? if yes then will these posts awake them ??????? more
Sep 16
View 8 more comment(s)
Post a Comment