VACCINATION SHOULD BE GIVEN FROM 18 YEARS AND ABOVE.

At present 2nd covid wave is spreading at ligting speed in India and GOI is preaching about the way how people should protect themselves and also convening urgent meeting with medical authorities and also with GOI and State Govt ministers. But how the people see such thing is as a mockery and also with heartburn.
When the corona 1st wave had not waded away, and in the wake of 2nd wave has been set speedily the ECI and GOI had taken a decision to conduct Elections in certain States without commonsense and with no precautions intelligence. They could have postponed this election for 4 to 6 months latter and saved the people from the severe attack of corona.
The ECI AND G.O.I. had allowed the public during this election period mingle freely without any corona precautions and this has aggravated the situation from bad to worse. The media also have hidden this fact and projected that corona 2nd wave is spreading in lighting speed.
Had the ECI, GOI and State E.C. were thoughtful they would have prohibited open stage political propaganda which allows large gatherings and people gather without any corona precautions. They would have prevented open processions, with their followers in large number which aggravated the situation. The ECI & GOI should have allowed only propaganda through TV Channels, propaganda in vehicles without any followers. Just because ECI & GOI had failed to do all these the situation had gone beyond the control of GOI.
Making the situation worse, the Ministry of Health is exporting the vaccines of this country to other countries in large quantities due to the fact that WHO and other countries Prime Ministers and President of US have been praising our Prime Minister. At present we are vaccinating only from 45 years and above people. But most of the working person's start from 16 or 18 years and above and hence these persons should also be given preference in vaccination. In fact the US Govt has ordered to give their nationals vaccination from 18 years and above and we are falling far behind. Let out Government of India raise up and give instructions to vaccinate people from 18 years and above.
Just because our nation is exporting our vaccines to other western and other Arab countries who praise our Prime Minister, we fall shortage of vaccines and hence our GOI is hesitant to commence vaccination from 18 years onwards. Hence OUR PM MUST STOP THE EXPORTING THE OUR VACCINES TO OTHER COUNTRIES (SOME OF THE COUNTRIES EVEN SELL OUR VACCINES AT HIGHER PRICES) AND GIVE OUR PEOPLE FIRST PRIORITY. The opposition parties should also press this point to our PM. more
Helpful Surakshit Bharat Apr 08
Viewed by 1935
View all 10 comments Below 10 comments

NAGAMANI N
Yes. I agree. Everyone 18+ should be vaccinated. Because, the Covid is not leaving even the children and adolescents.. more
Apr 09

Govind Bindiganavale
No doubt, there is a need to vaccinate all adults. However, availability of vaccine, distribution infrastructure have to be considered. People are becoming eligible for the second doze and it also should be kept in mind. Government is correct in specifying the age group in stages. more
Apr 09 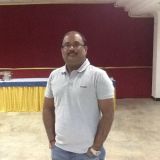 Gurunathan Radhakrishnan
Dear All,In the interest of everyone I would like to share some important information with regard to vaccination.Sharing you a link along with thi... Read more at: https://www.localcircles.com/a/memberprofile?uid=WT9v1q2818Z1mqerWMy-R7tIeCuNjn0bl5j0z93BFME# more
Apr 09

Shekar Natesh
This is only the second wave. There is still the third wave and the fourth wave. How long can you postphone elections? If people do not follow the simple guidelines there is no meaning in blaming the Government. Every one has to live with this and until and unless the people do not co operate and follow the simple guidelines even GOD cannot save them. From where can the Government get 132 crore vaccines? to vaccinate all? The Government is still awaiting the test results of the under 18 children to be vaccinated. Blaming the Government for each and every thing is not right., The Government has done every thing they can including giving free Vaccines to one and all. more
Apr 09
View 10 more comment(s)
Post a Comment