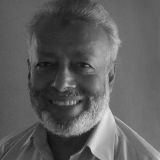 What you have suggested is laudable. But I doubt if it will be ever implemented except by few individuals. An important reason is that our Society is divided vertically into several categories in economic/social terms. Even if we forget others at least THREE are obvious.
1. Those who are extremely rich or with unaccounted income. They have no problem about money at all. Most of them do not even know the exact prices of any item they get/use. Everything is done by others.
2. Those who are not very rich but affluent and want to show off as rich. They try to emulate the 1st category. For that reason they do similarly (not same) as the 1st. In the process they always buy excess and items which they may not even be able to afford easily.
3. Very poor, which forms the majority of the population. They too try to do certain things to satisfy their ego that they can afford. For example I have seen daily wage workers purchasing cold drink bottles to quench their thirst, may be only once in a blue moon. Another example is Smart Phone. Almost everyone owns one. Why and how is the Question. In any case that is fine. After all they too live in this world. But they generally do not waste anything. They try to Re-use and Re-cycle as far as possible. They even take things discarded by others and utilize them or sell them to the Kabaadi Waalaas to get some money

As far as the first two are concerned, they need to think and change. But that is not so easy as they are not ready to listen or introspect.
Personally, I have been engaged in Environmental Awareness for more than 40 years. No doubt I have been able to make some impact, but very little.
Till everyone thinks and acts, it is not possible. May be we are still an Emerging Society and we have to continue our efforts and watch/hope for Results. more
Helpful Residents of GURGAON Jun 16
Viewed by 325

Shantanu Das Gupta
Bang on Mr Hague. REDUCE, REUSE, RECYCLE is the new Mantra. For millions of aspiring Indians, reducing may be a denial of opportunity. However, there is no reason why the latter two cannot be institutionalized. more
Jun 17

Urvi Sukul Singh
Also ,Mr Haque, so glad to hear you have worked for environmental awareness.Please start something and, if possible,I would love to have joined you. more
Jun 16