States like JK , Tamilnadu , W B. , Maharashtra , Kerala , AP, TEL , MP , Karnataka , Delhi disregarding CENTRE's DUTIES ON ABOVE LIVELIHOOD ISSUES as we all know .
,,, Such States Allowing Misuse Misappropriation Swindling right from PDS to Coal Granite Forest Produces , Stamps etc AS WELL KNOWN .
,,,, There are above 2 Hundred Political Parties in the Country AND CITIZEN WELL KNOWN 23 PARTIES MAHAGHATBANDHAN .
* Pl Understand Appropriately with accurate assessment ABOUT THE LOOPHOLES ON WHICH INDIAN JUDICIARY ALSO STOOD UNABLE SINCE 1963 .
** PL think deeply and try for LEGITIMATE REFORMS , CORRECTING AMENDMENTS USING YOUR PATRIOTIC MOTTO AND SERVICE ASSOCIATION ;
1. Preamble Guarantees and SC JUDGEMENTS ON DIRECTIVE PRINCIPLES PART IV
2. Article 36 read with 12 specifies Responsible Duty of Center : States
Schedule 7 , Article 246 are misleading the Fundamental Objective of Articles 36 read with 12 .
3. Articles 16 , 15 , 46 , 340 do not name any Cast Creed Race BUT SPECIFICALLY DIRECTED BACKWARD CLASSES .
4. Articles 25 , 26 Stipulated the Fundamental Issues of BELIEF FAITH AND FOLLOW and is the Basic Requirement for CONVERSION OF RELIGION . ( 1995 DIRECTION, EXAMPLES NOTIFIED ON THIS ISSUE are self explanatory )
5. All Govt Admn goes on Authority and Responsibility of 'PRESIDENT OF INDIA' while the H'ble President is not given Powers on Implementation of Constitutional Directives OR NEVER USED EVEN ON ISSUES DELIBERATED/ CLARIFIED ISSUES SUGGESTED BY H'ble SUPREME COURT .
We all know that SC has been kept Insufficient and Inadequate SINCE 4 and 1/2 Decades .
CRIMINALS , THOSE INDULGE IN FINANCIAL FRAUDS , CHEATING SHALL NOT BE ALLOWED TO CONTEST AND RULE IN THE COUNTRY since is suicidal to the Objectives of Constitution as well as INDIAN FREEDOM FIGHTERS AND THE Quit India Movement .
6. Ultimate is Strict and Specific REGULATIONS , REFORMS, AND AUTHORITIES TO President , SC , and Indian Military Service . more
Helpful Legal Advise and Matters Sep 02
Viewed by 61
View all 7 comments Below 7 comments

Csn Sarma
Ex RBI Governor Sri Raghuram Rajan Reported that NPAs started in 2006-08 Period. He detailed the irregularities and suggested 7 Measures for future Arrest of Corrupt Practices and Willful Overdues. ALL FISCAL BODIES AND ECONOMIC CONTROL INSTITUTIONS EITHER SLEEPING OR FALLEN IN THE HANDS OF CONVICTS AND CORRUPT PEOPLE. A comprehensive Finance Bill covering Strict Punishments on Various Fiscal Frauds IS THE NEED OF THE HOUR and duty of Executive and Supreme Court more
Sep 15

Csn Sarma
Dr Ambedkar quoted that Castes are anti-national since they create jealousy antipathy and rivalry between Castes. Caste base given birth to Community base . These Two are creating unrest in general Public in addition to the Issue of Caste based Reservations opted by Congress Govt. Articles of Reservations ete benefits 16, 45,46,15(4), 340 didnot mention Castes. Only Background Classes and Weaker Sections are mentioned. Caste system as already afraid by DR AMBEDKAR CREATED JEALOUSY ANTIPATHY AND EVEN RIVALRY . * if comprehensively thought it Censes of Religion is necessary and not the Caste . more
Aug 24 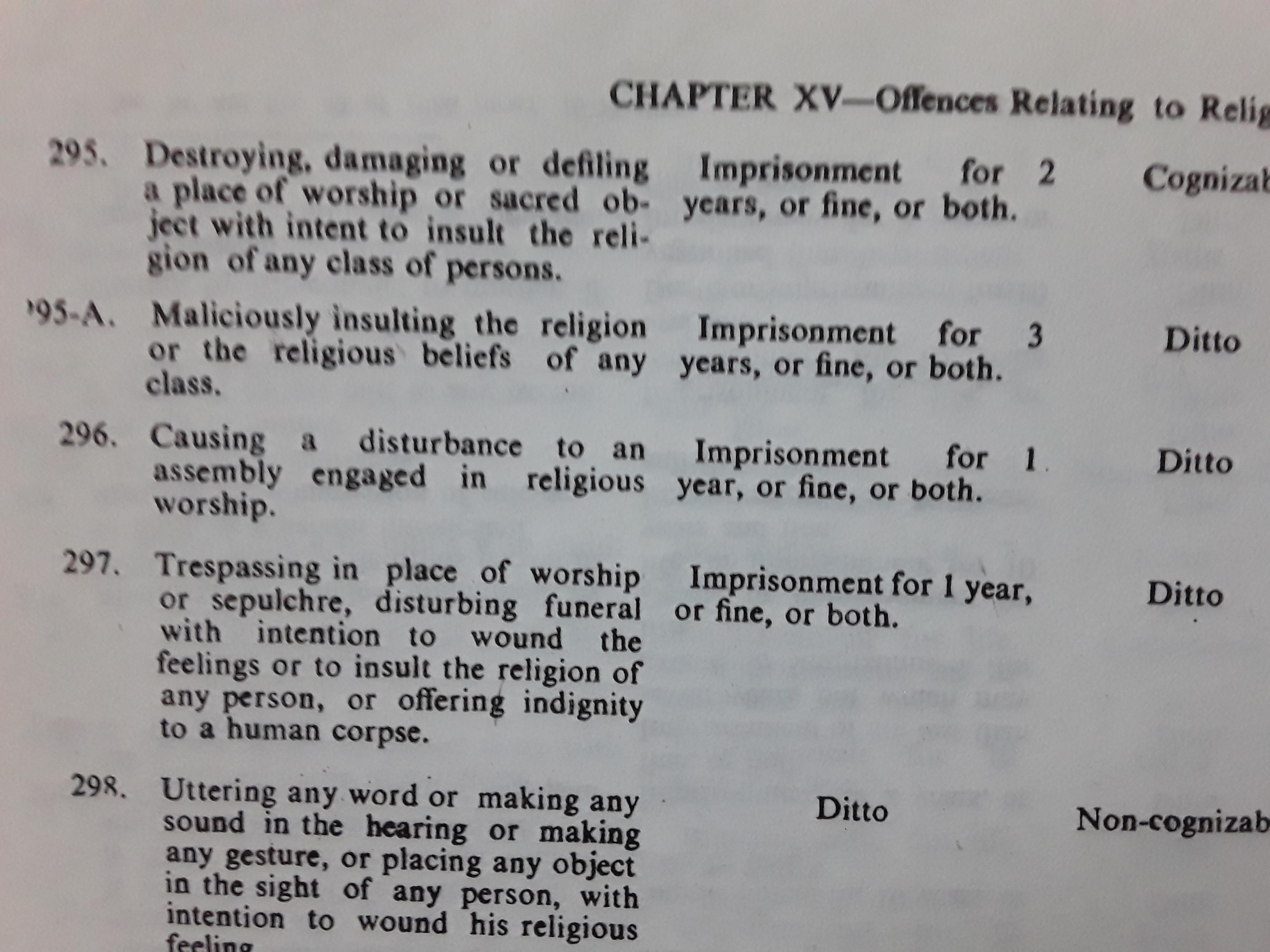 Even Article 25 (a) do not permit Indulging in Religious Practice by State. 25, 26 did not Allow Participation or even Entrance into OTHER'S Religious Temple/ Holy Place OF OTHER RELIGION . Clause 2 -b of Article 25 include only Jain, Sikh and Buddhist for Hindu Belief, Faith AND DID NOT INCLUDE ANY OTHER . Judiciary need to clarify and Specify Defining Articles 25 and 26 FAST since Fraternity is being Targeted with litigant Tricks . more
Sep 23
View 7 more comment(s)
Post a Comment