,, Democracy in true aspect is the Directive beneficial to Majority People irrespective of Caste Creed Status Class and Religion.
,, Articles 36 to 50 comprised in Part IV of Indian Constitution under 'Directive Principles of State Policy' are the Fundamental Provisions that any Democratic Country should Possess.
,, UNO is working on this Objective and Concept AND it's intervention in the Rule of certain Countries is only on this Principles that are based on Human Values.
* The Congress Party which Ruled the Country for over 56 Years SUPPRESSED THESE BASIC PRINCIPLES AND Buried Democratic Spirit in the Country.
Yes. Absolutely Correct.
The Silence and Failure of Congress on Implementation of Article 38 ' State shall Strive to remove Economic inequalities among various Sections ' is the 1st Proof.
** The State shall convey and render material benefits to All People is the Directive of Article 39 ( b ) which the Congress neglected.
*** The State shall Strive to minimise Wealth Concentration and subserve the common good of Article 39 (c) also set aside including Article 43 ( a ).
**** The State shall provide Adequate Means of Livelihood to the People of Different classes of the need of Article 41 was set aside by Congress Party throughout these Decades.
***** The Congress Party Stopped Free and Compulsory Education from the Year 1995 onwards Privatising Education.
They did not care to provide Special Provisions to Economically and Socially Weaker Sections Dishonouring Article 46.
****** The Congress Party Rule ever GUARDED wealthy and Educated Individuals disgracefully denying Article 19 ( Clause 2 to 6 ) .
,,,,,,,,,, The above Fundamental 6 Democratic Principles of Democratic Rule had been set aside by the Congress Party WHICH IS NOW ALLEGING INTERNATIONALLY THE COUNTRY'S 6 Years RULE OF BJP LEAD NDA with Political intrigue.
Congress Party Rule really Buried Democratic Principles of Rule and the DEMOCRACY ITSELF.
The Congress and Mahaghatbandhan Parties shall ANSWER THE GENERAL PUBLIC. more 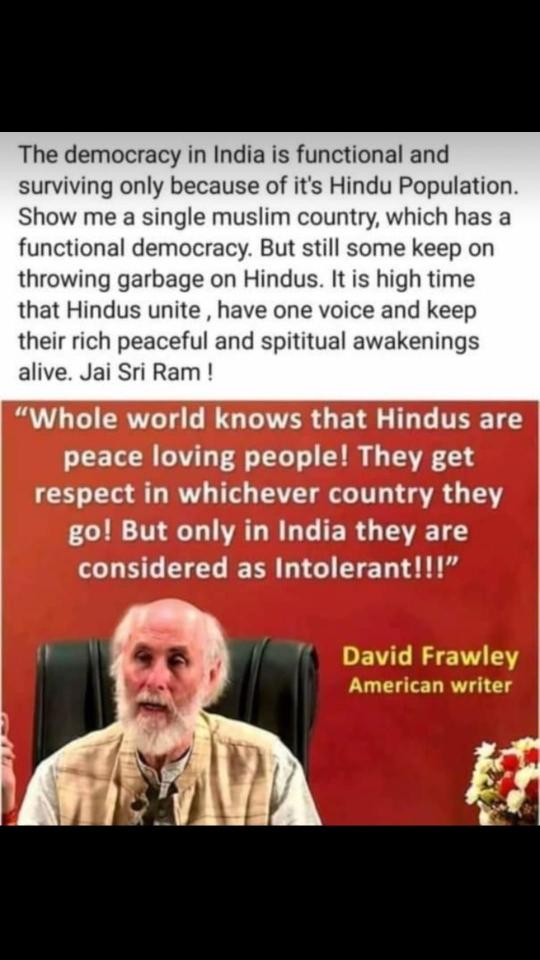 Csn Sarma
Presidential Form of Democracy only Remedy since SC too not caring Article 19 ( 2 to 6 ) i.e , the General Public. 19 (1) is ever upheld by Apex Court leaving off the interests of General Public. Even National Economy also is under Continued loot just because of deny of AADHAR LINKAGE , CASHLESS TRANSACTIONS. Present System Practice of Democracy in India is QUITE HARMFUL AS IS EVIDENT IN MANY ILLS AND EVILS unless Government is separated under Article 12. more
Sep 25 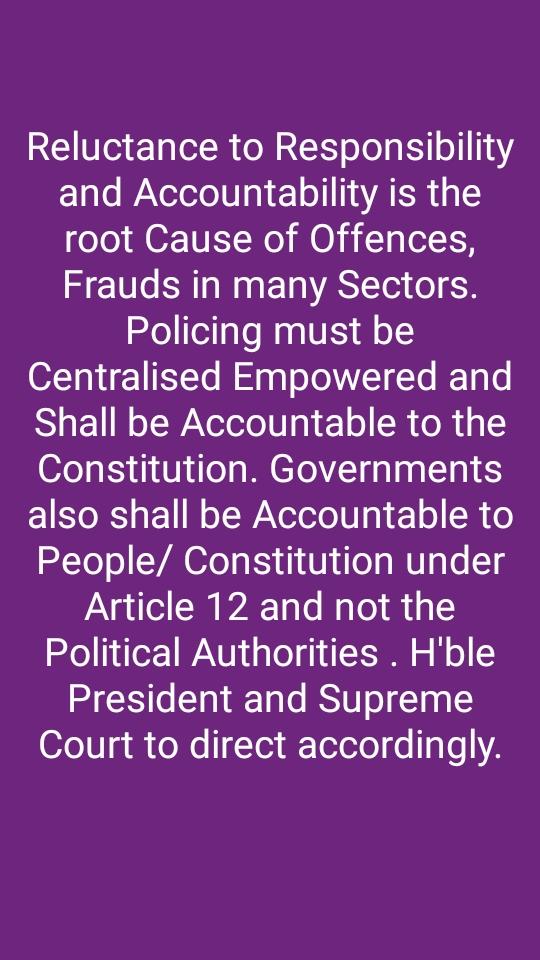 The attachment is Self explanatory. We must work for this more
Sep 19

Csn Sarma
,, MLAs, MPs being Responsible for prosperous Life Lead of People have Authoritative Responsibility to Inspect the Performance in Industries and Business JUST TO ENSURE SAFE AND JUSTIFIED ECONOMIC DEVELOPMENT. This Prime Discharge of Duty was ignored after '70s ,, MLAs and MPs have Prime Responsibility of Reviewing the Situations of People in the 3 Seasons and LEGISLATURES ARE PROVIDED WITH '0' Hour and ' Question Hour ' to Discuss so Resolve which will be ENACTED TO CATER ,, This is Why VIP Status was , is , and to be Accorded keeping in view those Deny/ Defy/ Protest/ Agitate Aggressively * The Causes and Reasons for DEVIATED PERFORMANCE Firstly ARE BECAUSE OF THE LAPSES IN DISQUALIFYING Convicts of Moral and Financial Frauds/ Crimes . WESTETN POLITICS ALLOWED EVEN CONVICTS TO CONTEST AND SHARE THE RULE but ill- fully not Specified Disqualification of Moral , National and Financial Criminals . Secondly The Constitution DID NOT SEPARATE GOVERNMENTS FROM THE Politically Elected Legislatures WHILE GIVEN OVERRIDING AUTHORITY OVER GOVERNANCE WHICH EVER SHOULD RESEMBLE THE CONSTITUTIONAL MANDATES AND PREAMBLE GUARANTEES . This is Why The Governance fallen in the Hands of Politically Elected Members WHICH MADE CERTAIN INDIVIDUALS TAKE ADVANTAGE OF MUSCLE AND WEALTH POWER THAT EVER REST WITH CORRUPT AND CRIMINALS . ,, Last but not the Least , Indian Constitution DID NOT ENVISAGE/ EMPOWER EITHER H'ble President OR the Supreme Court AS ABSOLUTELY RESPONSIBLE AUTHORITY OVER THE ENFORCEMENT OF CONSTITUTIONAL MANDATES, PREAMBLE GUARANTEES AND THE OBJECTIVES OF CONSTITUENT ASSEMBLY *** This is Why BJP LEAD NDA Preferred overall REFORMS but Still the Habituated 23 Political Parties ALIGNED AGAINST SEVERAL REFORMATORY BILLS IN PARLIAMENT While Some had gone Against DEMONETIZATION , Bank Through Transactions , AADHAR LINKAGE , CITIZENSHIP MANDATES etc etc etc. *** Indian Judiciary I e. Only SC can Save Not Only the Constitution but also the RULE OF LAW. more
Sep 11

Csn Sarma
Anti National Rule of Congress Party : * Congress Party Rule did not carry Directives of Article 51-A setting aside Precise of Indian National and Social ideals ; leaving off Citizen Responsibilities. * They didn't Implement Citizenship Articles 5 to 10 and increased Separatists, invaders and infiltrators who became Terror mongers. * Congress Rule didn't care Prompt Implementation of Religious Articles 25 etc and IPC Sections 295 to 298 ; Perfect Enforcement of Articles 16, 340, the objective of Backward Classes and Weaker Sections. * They did not Enforce Education and Earning Directives of Article 45 and 46 and thus ruined the fate of People. * Congress Party Rule did not care proper implementation, carry of Equality Directive of Article 14 as well as Article 19 ( 2 to 4 ) thus distressed General Public. * They did not Control Corruption, Increasing Black Money, Concentrating illegal Wealth smashing Livelihood and Growth of People. * Congress Party Rule diluted, diversified Judiciary decades together and set Justice far away from the Concept of Judiciary. * They have Cornered Policing , Failed Implementation of IPC Decades together doing total injustice to the innocent Voters. " CONGRESS MUKTHA BHARAT" IS A MUST IN THE FUTURE OF INDIA, the Bharat. more
Aug 29
View 6 more comment(s)
Post a Comment