EC to Realise and Regulate

Csn Sarma
Decades together IPC relevant chapters are unenforced. Since 1975 Judiciary kept Insufficient and Inadequate. Since 1995-96 Policing is Cornered. All are demanded asked urged . Responsible Limb is only Executive. Let us not make innocent People as scapegoats and stakeholders . STAKEHOLDERS ARE EC, EXECUTIVE AND JUDICIARY ADDED BY THE 4th, the irresponsible MEDIA more
Jun 26 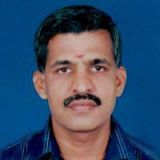 Ramachandran Sridharakrishnan (Ex serviceman)
The CCTNS site they must provide the complainant to view the Charge sheet. Now the provision is there to view FIRs. They must upload charge sheets also, as they are uploading FIRs. more
Jun 22

Himanshu Ladwal
Yes sir, absolutely. If there an President rule system can apply through voting, citizens will definitely opt that and instead of NOTA, there should be PR. more
Feb 27