Naganand Nileshwar
Konkan Railway has a pathetic record of punctuality. I can appreciate about the single line functioning for both Up and Down traffic. Heavy traffic both passenger and goods can cause a lot of disturbance in schedules. This can and has to be improved by doubling the lines.
But what is shocking is that when there is a change over from Konkan Railway to Central Railway, Konkan Railway is just held back. This invariably happens regularly between Roha, Panvel, Diva and Thane.
Recently, I was travelling from Madgaon to Mumbai by Mangalore Mumbai Superfast. This train was first held up between stations (not on the platform) regularly first at Roha, Panvel, Diva and Thane. There was a delay of more than half the journey time between Madgaon and Mumbai i.e. against the scheduled 8 hours by more than 5 hours. No services were provided because the train was halted outside the stations, thereby depriving passengers of basic requirement of water, let alone refreshments. Water in the toilets was over leaving them stinking.
The main purpose of booking by this train was to avoid peak hour traffic. I invariably landed into this inconvenient time just because of the delay. A train which should have landed in Mumbai at 4 AM was thrust into the peak hours thereby put me into all sorts of problems including travelling by local trains to my house, which I reached after noon.
The staff on this train said that this is a regular feature. They say that Konkan Railway gets step-motherly treatment upon entering the Central Railway Zone.
Could the Railway Minister or his staff explain this delay and look into this to give relief to passengers?
Mar 11 Share By Email: Share

Job Xavier
Facilities at LTT station premises need considerable improvement as the premises is a nightmare even on ordinary days, let alone the monsoons.Touts and exorbitant charging taxis abound.A lot need to be done here.
Mar 10 Share By Email: Share

Parimal Shah
They have improved a lot but still more needs to be done.
Jan 27 Share By Email: Share 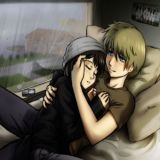 Indian Railways Catering
Catering of food in Railways
1.87 / 5 92 Reviews
Rail Bhavan (Ministry of Railways),Room No. 256-A, Rail Bhavan, Raisina Road, New Delhi, Delhi 110001, India
Railways
Trains have to be designed for maximum comfort with minimum maintenance required so that the service shall remain good thru the life of the train coach .Modt of the coaches be designed got Aircindutioning they Solar as well as captive power usages and the stoppages be staggered between trains to maximum the run of about 2 hours at a stretch .this can also distiributecthe passengers better and trains would be loaded better .
3.25 / 5 25 Reviews
Block A, Malviya Nagar, New Delhi, Delhi 110017, India
Ministry of Railways
Ministry of Railways
3.16 / 5 22 Reviews
New Delhi, India
Railways
Udyan Express 2nd AC coach was from NE railway probably shunted from there. Did not have sprinkler nor mug in WC western style .No place to keep your soap box, tooth brush and other toiletries. No hand rail to keep napkin or to hold .Travelled on 30th Sept. in A-3 coach from Sai P Nilayam to mumbai. Small cockroaches also seen in WC.
2.10 / 5 21 Reviews
13/B-2,Jal-Sanidhya, A.G.Khan Road, Worli, Mumbai 400018
Southern Railways
2.00 / 5 14 Reviews
Chennai, Tamil Nadu, India
Indian Railways
Bangalore. Delhi SUPERFAST express Train no. 12627 / 8
PNR no. 4739966770 SBC to NDLS on 29/6/2016
3.50 / 5 9 Reviews
Railway Ministry, New Delhi, India
Indian Railways
After Mr.Suresh Prabhu took over the reigns, the state of Indian railway platform has become fantastic. Earlier we used to see/get dirty things(and even dirty smell of toilet(i.e., urine smell)) on the platforms/walkovers. Now, there are cleaners standing alert in these areas and maintaining it pretty clean. I observed this especially in Bangalore and Mantralaya railway stations. Also there are many services like 'destination station alert' and dedicated telephone numbers for different services etc.,

Kudos to Mr. Suresh Prabhu and his team for the great work which was not observed for many years earlier. This is the best example to highlight that 'IF ONE WANTS TO DO THE WORK/SERVICE, HE/SHE CAN DO IT AT ANY COST IRRESPECTIVE OF THE SIZE OF THE ORGANIZATION'.
3.57 / 5 8 Reviews
India
organizations>railways>trains
3.20 / 5 6 Reviews
sannabha@lycos.com
Indian railways
I had a terrible experience of travelling on Howrah-Pune Duranto Exp started on 3rd Nov-18 from Howrah. It commenced by 1 and half hrs late and arrived Pune by 9 hrs late on 4th Nov. Food supply stopped after lunch hour and it did not halt on stations but at odd places, from where you could get no foods and beverages. Nowadays they charge variable fares and I paid @ Rs.3500 each while booking my tickets. And this train was getting the least priority while all other trains were being allowed to go ahead of it. All this at a cost equal to airfare! Who is going to travel by Duranto, a so-called premium train? This is the reason why half my compartment was empty and still they foods were also being served late, e.g. breakfast on 3rd was served a12 noon, lunch at 4 pm and dinner at 11 pm and so on.
2.50 / 5 3 Reviews
New Delhi, Delhi, India
Railways
They paste the identity details provided by the passenger in front of the compartment. When PAN number is given as ID by a passenger, the information pasted on the compartment is copied by some fraudulent antisocial people. The PAN no. and other details of the passenger are used to purchase gold above 2lakh Rupees, where PAN no. is warranted. This will attract the attention of tax department towards a person, who has not purchased, and is being victimised.
3.50 / 5 2 Reviews
India
Ministry of Agriculture &Ministry of Railways
Introduction of 2nd Kisan Rail in the country from Ananthapur to New Delhi.
5.00 / 5 1 Reviews
New Delhi, Delhi, India
View All Ratings
Share To
Enter your email and mobile number and we will send you the instructions
Submit