Why should I increase my postassium intake if I have high blood pressure?

Why should I increase my postassium intake if I have high blood pressure?


DEAR DOCTOR:
I have high blood pressure. As I expected, my doctor told me to cut down on sodium. But he also told me to increase my potassium intake. Why?
DEAR READER:
Sodium and potassium are two minerals that form salts. Your question reminded me of a patient I look care of long ago, who also had a high blood pressure problem. I asked her to substitute potassium salt for the usual table salt (which contains sodium). I’ll tell you what happened later.
People with diets high in potassium have lower blood pressures than those with potassium-poor diets. Potassium dials down blood pressure, while sodium ratchets it up. That is, provided there’s enough potassium in the diet to have this beneficial effect.
Salt — sodium chloride — is essential for survival. Together with potassium, sodium helps balance fluid levels in our cells. But you only need a small amount of it. When you take in more sodium than your body needs, your body holds on to water to dilute the sodium. As a result, the amount of fluid in your blood vessels increases. That raises the pressure inside your blood vessels and makes the heart work harder.
Potassium helps the body get rid of excess sodium and relaxes blood vessels. Both of these actions help lower blood pressure.
Thousands of years ago, when humans roamed the earth gathering and hunting, sodium was scarce. By contrast, potassium was abundant. The so-called Paleolithic diet provided about 16 times more potassium than sodium.
Today, the average American diet contains about twice as much sodium as potassium. That’s in large part the result of the high levels of salt in processed foods. This sodium-potassium imbalance is thought to be a major contributor to high blood pressure.
Research suggests that reversing the imbalance between the two minerals can help the heart and arteries. In one trial, researchers measured the amounts of sodium and potassium excreted over the course of 24 hours by nearly 3,000 volunteers. (The amount excreted is a good stand-in for the amount consumed.) The higher the ratio of sodium to potassium, the greater the chance of having a heart attack or stroke, needing bypass surgery or angioplasty, or dying of cardiovascular disease over 10 to 15 years of follow-up.
To reverse the ratio, choose foods with a high proportion of potassium to sodium. Potassium is found naturally in many fruits and vegetables. Federal guidelines recommend 4,700 mg of potassium per day for adults.
Now, about the patient I advised to sprinkle potassium salt instead of ordinary (sodium-containing) table salt on her foods: At her next visit, her blood pressure was still high. She swore she was using the potassium salt. I was puzzled. As I was writing a prescription, she reached into her bag and started munching on a big salami and potato chips. She had been following the letter, but not the spirit, of my advice. more
Helpful Cardiology and Heart Care May 14
Viewed by 132
View all 6 comments Below 6 comments

T. .r. Walia
RAJA SAHIB- LIKE KIDS OF THE SAME FAMILY ALSO BEHAVE DIFFERENTLY AND IT IS TRUE WITH Sodium and Potassium are two minerals that form salts BUT give different results , explained by you..... more
Jun 22 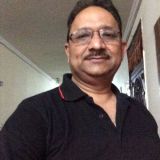 Narottam Singh (General Manager and Business Head)
Hi Doctor, Can you please inform on K rich diet or from where we can get the K rich salt. more
May 14 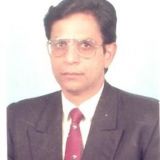 ANIL ANAND (no)
Thanks doctor that was a informative brief on Sodium. What is the Potassium Salt name in the counters. Me and my wife have a strange combination My wifes parameters cholestrol 205.6,try gycerides 125,hdl 79.9.ldl 100.62 My parameters Chlestrol 183.4, TRIGLYCERIDES 178.9, HDL 38.2, , LDL 109.42. Could you please advise us on diet/precautions we both should take individually. Regards Anand more
May 14 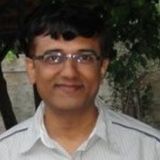