India's first lady Cardiologist, Dr. Padmawati Sivaramakrishna Iyer turned 101yrs on 20th June 2018.
She is director of the National Heart Institute, Delhi and the founder president of the All India Heart Foundation.
At 101yrs of age, she still sees patients,12hrs a day. more 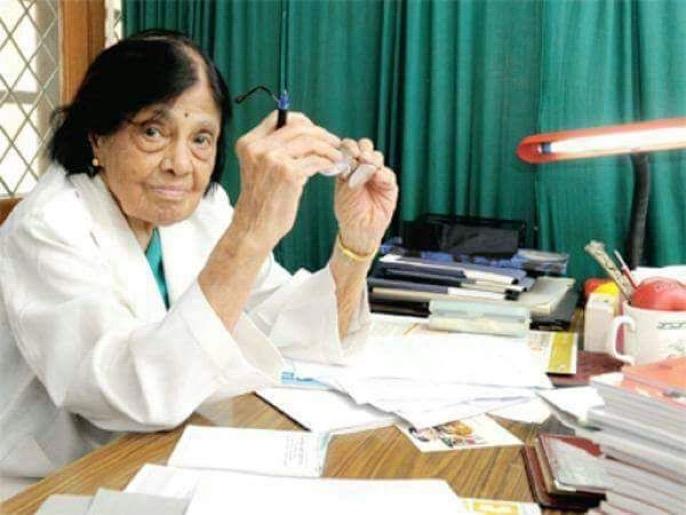 KRISHNAN MelarkodeRaman
Madam SHakunthala, here is more on the doctor Dr Jagan Mohan was famous for charging his patients between Rs 1 and 20, or even free of cost if they could not afford to pay him. Perhaps the gloomy, overcast skies hanging over Chennai on Thursday too are mourning the demise of Dr Jagan Mohan, fondly referred to as ‘20 rupees doctor’ by many – people not just from Chennai but from other places across the state. Dr Jagan Mohan passed away on Wednesday night due to age-related ailments; he was 78. The one-way RK Mutt Road on which his clinic and house are located, wedged between a clothing store and a supermarket, overflows with people, many of whom have come to pay their last respects, unmindful of the weather. Dr Jagan initially charged only Rs 1 for all his patients. His patients were mainly from the poorer sections of society and so he’d also treat them for free when they couldn’t afford to pay him the Re 1. Later he’d charge Rs 2, Rs 3, Rs, 5, Rs 10 and then, up until two weeks ago when he was still seeing patients, he’d charge Rs 20. "Now people are calling him ‘20 rupees doctor’. For us he's rendu ruba (Rs 2) doctor only," says Selvi Amma. “You actually didn’t know how much people paid. They’d give him whatever they could and he never really insist that they pay. I knew he charged Rs 2, when I was 10-years-old and saw someone drop the coin in a box on his table. Money mattered very little to him,” says 43-year-old Murali, a distant nephew of his. “Now who’s there for us?” This question swirls around us on the street outside his house. Pakiyam who has been working as house help in a few houses in Mandaveli tells us that she was unable to sleep last night after hearing of his demise. “I wanted to come immediately. He is a very kind person. I came running this morning. I wanted to come see him before going for my work,” her voice chokes with emotion. “He’d give us the tablets too for free. Blood tests were done for Rs 10 at his clinic. You should see how he’d cajole a child before giving him or her injection. There’s no one who’d be as kind as he was. Today, the least a doctor charges is Rs 200,” adds Thangamani, who has been working at his clinic for 15 years, sweeping and mopping floors. . Born in 1940, Dr Jagan Mohan set up his clinic in the early 1970s. A framed picture that hangs inside his clinic, shows that he’s from the class of ’69, having passed out from Stanley Medical College. Outside, people watch, teary-eyed as his last rites are performed. People of all age groups, coming from different strata of society have come to pay their respects one last time for this benevolent, kind human. Dr Jagan is survived by his wife, daughter, son-in-law and a grandson. more
Oct 05

Shakuntala Mani
It is not the Rs20 he collecyed mattered. The respect and faith which matters the most. RIP more
Oct 05

KRISHNAN MelarkodeRaman
Here is the news of the death of a DOCTOR at chennai, who collected ONLY Rs 20 as consultation feesAt his funeral procession Thousands participated literally CHOKING the roads of MYLAPORE, a prominent residential area more
Oct 05