What is a TIA?

What is a TIA?

My mother went to the hospital for what we all thought was a stroke, but the doctor said it was a TIA. What is a TIA? What does this mean for my mother’s health?

First, let me tell you about a patient. She was a woman in her 70s who was in good health. One day she was on a bus to the grocery store, a trip she had taken hundreds of times. Suddenly, she felt disconnected from the world. When she felt connected again, she realized she hadn’t gotten off at the right stop. I’ll come back to what happened to her later.
Your mother had a transient ischemic attack, or TIA. Initially, a TIA, or “mini-stroke,” causes the same symptoms as a stroke. The difference is that the symptoms of a TIA are temporary and usually last less than an hour. A mini-stroke doesn’t permanently damage the brain like a stroke does.
Let me explain what a stroke is, and highlight the difference between a stroke and a TIA.
Every cell in the brain needs a constant supply of oxygen- and nutrient-rich blood. If the blood supply to a part of the brain is interrupted, that often causes symptoms: problems with vision, speech, ability to move an arm or leg, confusion or difficulty understanding what’s happening around you.
A stroke occurs when the blood supply to a part of the brain is interrupted for long enough that the cells in that part of the brain die. Usually, unless the stroke involves a very small part of the brain, a stroke causes long-lasting symptoms. With rehabilitation treatments, those symptoms sometimes can improve or even disappear over time.
It is difficult to tell the difference between a stroke and a TIA when it is happening. It’s even difficult for a doctor to tell. That’s why it is important to get to the emergency room right away when you have symptoms that could indicate a TIA or a stroke. If it’s a stroke, early treatment can reduce or even reverse the damage.
There is one other really important reason to get medical attention for symptoms of a TIA, even if they go away. A TIA is a warning sign that you are at risk for a serious stroke. Just because the symptoms have disappeared does not mean that the danger is over. In fact, up to one out of five people who have a TIA go on to have a full-blown stroke within 90 days.
The good news is that prompt treatment after a TIA can reduce the risk of a stroke. Treatment can include drugs to prevent blood from clotting, and drugs to lower blood pressure and cholesterol.
What about the woman on the bus? After about an hour, she felt fine. But she called her doctor. She had experienced a TIA. Testing showed she had blood clots in her heart that placed her at great risk for a major stroke. Thanks to proper treatment, she’s still going strong more than 10 years later more
Helpful Cardiology and Heart Care Dec 16
Viewed by 99
View all 7 comments Below 7 comments

Durga Prasad
Wonderfully explained Raja Sahib. Most people neglect early warnings because of lack of knowledge and 'sab theek ho jayega' attitude. Probably Jagdish ji was in a hurry to know what is TIA, like Arnab Rai says : Answer my question ...Yes or No ! more
Dec 19 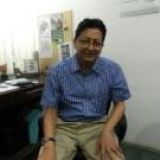 Suvasish De
Very helpful and enhanced my knowledge base. Frankly, now I know what is a TIA exactly and should take it seriously. more
Dec 17

Raja Chandra (CALL BE ADVISOR WITH AGE AND EXPERIENCE)
JAGDISHJI. TIA IS NOT A ROCKET SCIENCE. IF YOU HAD CLICKED ON 'More". The whole Article would have opened up and you could read what is TIA.
It is "Transient Ischemic Attack". TIA. Initially, a TIA, or “mini-stroke,” causes the same symptoms as a stroke. The difference is that the symptoms of a TIA are temporary and usually last less than an hour. You can read the full Article.
Regards. more
Dec 17
View 7 more comment(s)
Post a Comment