Price Fixing is something that Indian consumers suffer from quite often. When suppliers collude and agree to artificially raise prices to maximize profits, the consumer is negatively impacted.

Once we understand the issues across industries, we will root cause them and identify solutions that can be taken to the various Ministries and Departments for implementation.

Our objective would be to bring some systemic changes that will increase accountability and reduce consumer grievances.

I look forward to you inputs! 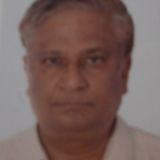 Prasad Bhuvanagiri
First ensure sale of products at MRP rates at Railway stations, BUS standa Cinema theaters. There should be a toll free number to register all these product complaints , heavy penalty. Should be levied on defaulters more
Oct 10

Anup Sharma (Engineer)
1. Cement Industry
2. Sugar Industry.
3. Petrol Industry.
4. copper Industry.
All the above industries are manipulative and FIXED by the Barons of the industry. more
Oct 03 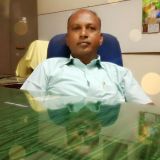 I request our leaders , policy makers, law makers to restrict the profit margin of all the products and services. Undue profit margin unnecessarily increasing the inflation. Quality lifestyle and enjoyment, products and services to lower class and middle class is possible if profit margins are restricted by governing body. It also requires sincerity, honesty and integrity of governing body, implementers and businessmen.
I welcome comments on my post.
Regards,

Ramachandran Venkata Rama Iyer
Taxation by State governments vary greatly; taxation is one of the major factors
in price fixation. What constituents are taken into account in fixing the maximun
retail price. It is a big joke in case of medicines. Government should investigate
how maximum retail price is fixed in respect of any product.
Once government increases the DA of its employees there is all round price increase
for most items. Another factor is the price of petrol and diecel. Once there is an
increase of say a rupee per litre of petrol, there is a 10% increase in the price of vegetables. How petroleum products are priced is another factor; government
should make a thorough investigation in the matter. Many big companies pay huge
salaries to their chief executive and other important executives, say a chief
executive is paid rupees eighty crores per year plus commission and other benefits
amounting several crores. And these companies sell their products ar exta-ordina-
rily high prices; say a packet of five kilo wheat atta at rupees 245/-. What is the
price of wheat a farmer gets. I think he gets less than Rs.15 a kg.

Anamolies are too many. I think this sort of situation has come in the country
mainly because of successive corrupt Congress governments. The task before the
Modi government is enormous. He needs several teams of think tanks to work
in various fields. more
Sep 16
View 39 more comment(s)
Post a Comment