Early dietary interventions like limiting saturated fats in diet go a long way in prevention of lifestyle disease including heart disease and diabetes and need to be reinforced from childhood. A systematic review of clinical trials focusing on the association between beta-glucan and cholesterol demonstrated that oats are probably the best bet for reducing overall cholesterol and, as a result, the risk of heart disease.

The review included 58 studies, involving nearly 4000 participants, that examined the effect of including oat beta-glucan in the diet on levels of low density lipoprotein (LDL or “bad” cholesterol), non-high density lipoprotein (non-HDL, or total cholesterol without HDL) and apo-lipoprotein B (apoB), all of which are indicators of cholesterol levels in the body. Addition of 3.5 grams of beta glucan in the diet was found to have a positive effect on cholesterol levels, with a reduction in LDL cholesterol by 4.2%, non-HDL cholesterol by 4.8%, and apoB by 2.3%, compared to conventional cholesterol-lowering methods such as diet control. Consequently, the risk of heart disease was also likely to be reduced. It is recommended that inclusion of oat beta-glucan in the form of oat bran (and not oat meal, which contains less beta-glucan) in cereal and baked items could help people with high cholesterol reach their target cholesterol levels faster than simple diet management. However, studies have revealed that oats consumption has been declining over the past decade, so raising awareness about oats’ health benefits needs to be made a priority. more
Helpful Cardiology and Heart Care Jan 24
Viewed by 202
View all 6 comments Below 6 comments 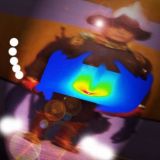 Jugvir Singh (director)
Hi, There is something amazing I wanted to show you, you're going to be surprised! Please take a look http://pc1577.barb1040.com Regards, nohpp more
May 14

VINOD SAHNI (YOG AND NATUROPATHY FOLLOWER)
THANKS FOR THE NICE INFORMATION. LUCKILY IT HAS WONDERFUL TASTE. IT CAN BE TAKEN AFTER BOILING IN MILK OR AS SOUP AFTER MIXING SOME VEGETABLES. more
Jan 31

G. C. Mathur (Consumer Activist and himself a heart patient.)
I am a heart patient, and doing well at 80. I have been using oats for decades in various forms: with milk, with moong dal (khitchri), oats with wheat porridge, etc. Raw oats are used in aplenty in India as animal food. Villagers have been using it for khitchri. I have devised a recipe of raw oats that is available with the seeds and plants retailers. The raw oats are available in a particular season. The husk is a bit hard and is not easy to separate from the core of it. I grind it dry, sift it and then boil. It gets very thick to which I add water and boil for right consistency. It is very tasty. Thank you Dr. Raja for reminding us of oats' utilities. Your posting is very helpful. more
Jan 31 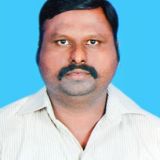 Ravichandran Balakrishnan
Quaker Oats is the Best. Really enjoying the taste. Try Multi-grain flavour and it will really treat your tongue. Oats is Good for Health especially for Heart. more
Jan 25