notices from IT now electronic

New Delhi: In welcome news for taxpayers, the Income Tax Department has decided to launch a new system of issuing email notices to which an assessee can respond electronically, obviating the need for a physical interface with the taxman which often led to complaints about harassment.

The Central Board of Direct Taxes, the apex policymaking body of the I-T department, is working on a strategy to create the required processes and capacity in this regard.

"We have been thinking how can we make life easier for taxpayers especially for those who are in the middle and the slightly higher tax bracket. So, now we are thinking of allowing that when a notice is issued in an assessment or scrutiny case, the taxpayer can send the department an e-response."

"We are trying to resolve some security issues in this regard now after which it could be implemented," CBDT Chairperson Anita Kapur told PTI in an interview.

Explaining the procedure, Ms Kapur said that if a taxpayer provides the department with a bona fide email address in his/her income tax return (ITR), the board will be able to send him/her an e-notice and not a paper document dispatched through post for which he/she usually has to travel and meet the Assessing Officer (AO).

"The taxpayer can respond through the email and if we have some more queries we give you another notice by the electronic medium so that both the AO and the taxpayer remain in an e-environment and, may be, during the final hearing when the AO wants to close the matter, the taxpayer can come once to the tax office," the CBDT chief said.

She said the purpose of introducing the system was to reduce the interface between the taxpayer and the AO.

"The taxpayer can send documents over email, scan them, upload them and it's over," she added.

"It (scrutiny session) should be over and should not go beyond that. This is the way we are trying to address the issues of compliance and limiting the interface between the taxman and the taxpayer. This will be a sea change in our tax administration," Ms Kapur said.

Tax experts say the initiative will also ensure privacy of a taxpayers' communication with their AOs and the Income Tax Department.

The CBDT chief said she was aware of instances where the taxpayers complained about the AO raising numerous queries upon meeting the assessees despite their earlier order sheets having mention of only a few queries.

"This (sending emails) is one way of giving both the taxpayer and the AO a good opportunity to solve their things without any problem. It has also been mentioned in our earlier instructions to the field that the questionnaire sent to the taxpayer in scrutiny cases should be focused and specific so that the person knows what is he being enquired about."

"We are trying to do this for a medium-level taxpayer and others," Ms Kapur said, adding that she hopes this would bring down taxpayers' complaints.

The CBDT chief said the number of cases landing for scrutiny had gone down over the years following introduction of technology in the administration of taxes.

"The overall percentage of cases brought under scrutiny across the country in a financial year is less than one per cent. The entire system is handled electronically and there is no human intervention. I can assure taxpayers that there is no personal role of a tax official in deciding who can be scrutinized or who cannot be," she said.

Ms Kapur added that as part of measures to further check instances of harassment of taxpayers, the CBDT has recently asked its field offices to not undertake any "fishing or roving inquiries".

"We are also saying to our officers that when you select a case for scrutiny you should say that this is the reason that we have selected your case."

"We are asking our officers that if we are selecting a case for scrutiny on a third-party information (through banks, credit card agencies) just limit your inquiry to those issues which have been flagged and based on which your case have been selected for scrutiny. No fishing inquiries (should be undertaken)," she said. more
Helpful Tax, Investments and Retirement Sep 21
Viewed by 640
View all 22 comments Below 22 comments 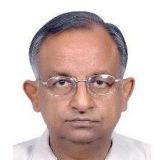 MANOJ KUMAR GOEL (President,bhel Ancillary Industries Association)
Since IT Department and Govt. has decided to give facility to Assesses so as to make them feel at ease , I have to bring to notice of the Deptt. that for the Assesses, situated in Uttarakhand, having receipt above Rs.5 crore one has to go to Ghaziabad (U.P.) for Assessment .It is requested that some such arrangement be made that these Assessments are also completed at Dehradun. more
Sep 23 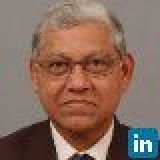 Prabhakar T
The initiative is definitely welcome and will help the department and the assessee. With this beginning, the IT Department should make all areas of function web based. more
Sep 21

MANOJ KUMAR GOEL (President,bhel Ancillary Industries Association)
No doubt tax Payers have got great since the time e-filing and e-refund has been introduced but just I thought it fit to point out one pitfall of pending rectification appln. u/s 154 filed electrinically getting disposed off in time bound and onpriority will help both the Deptt. as well as Assesse since after rectification Assesse will get relief and Deptt.'s demands get reduced and settled. more
Sep 21 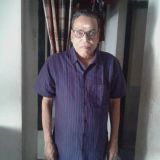 Sugumar Iyer (Banker and investor)
The improvement is certain to benefit public and is a welcome move from Income Tax dept. more
Sep 21 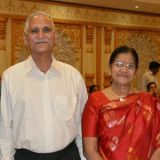 Nori Syamununder Rao
The initiative is welcome and should help both the department and the assessee. more
Sep 21
View 22 more comment(s)
Post a Comment