MRP enforcement on imported products is near zero

Hundreds of imported products are selling every where in DeLhi NCR without MRP compliance., esp food.

We keep having legal metrology, fssai and bis but still the consumer has to worry about price import date everything.

Please go to any market of delhi and ask for imported grocery items. You will see what I am talking about.

Also make a law that says import license of importer will be cancelled if there is no MRP on packaged imported products. more
Helpful Weights, Measures and MRP Enforcement Jul 28
Viewed by 1373
View all 12 comments Below 12 comments

ANANTPADMAKAR AYYA
In my opinion,I have mentioned the issue of MRP and the practice is being misused by the a]Manufacturers,
b]By Distributors and Retails,
c] The products are being sold at different prices -in Urban and In Rural areas having same MRP
d]The products are being sold at various locations such as railway stations,Airports,malls,small shops,big shops(turn over -sales based),also promotion based,gift based,festival based.At some of the prestious places the products are sold at above MRP
e] MRP is being practised mostly in India and in neighbouring countries,where the Corruption and
"not paying taxes"to the Government -main issues.{MRP being practised in 16% of the countries,in the world}
f] If we collect the taxes on Income generated by every source,and we key the data base in a system,it will result in revenues to the Government,there will be a healthy competition scenario,and The Competition will decide the Sale Price.

There fore,I suggest that MRP system should be totally deleted.{in fact,I understand,IKEA in Hyderabad was allowed to sale the products with out MRPs}


In my opinion,MRP system should be totally abolished. more
Jul 30

Gopabandhu Mohapatra
Yes it is a fact that imported products are selling without MRP. The MRP enforcement team should take action. more
Jul 30

Sat Satish
Very valid point, MRP on food products which are imported should be mentioned in either RS or $, especially chocolates and other packed foods. The Govt knows this but turns a blind eye when it comes to implementing of the policy. more
Jul 29 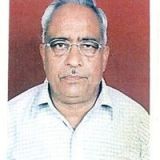 OM PRAKASH SUNEJA SUNEJA
By mentioning M R P is also not solution.Take the case of CPVC pipes prince
make .MRP for a length of 3 mt is Rs516 but it is being sold @Rs190. All
most all Indian companies are mentioning mrp almost double triple of price
at which it is being sold .We as a customer have to try at our own level
to at different points to get best price

Muthukrishnan Vaithyanathan (HR Consultant)
Very Important and essential thing. It is not the case of imported things, but more so with " Made in India also. There appears to be a complete freedom for all Traders, Manufactures and Corporates to do anything as they wish since they are giving more for the party funds. You ask the retailer, he says you go and ask the dealer and there are some who openly says "you go and report anywhere". India is developing very fast, in what direction is the question mark.
V.Muthukrishnan On Sunday, 28 July, 2019, 11:57:47 AM IST, Sandhya Agarwal <connect@localcircles.info> wrote: more
Jul 28
View 12 more comment(s)
Post a Comment