I think so. For over a decade, I had Tata Sky Plus connections with HD, which I have stopped subscribing.

With the new Tariff rates, I get less number of channels and my monthly subscription for the two TV sets at home, was MORE THAN Rs 1000/=.

Money was NOT the problem, but the Tata Sky service in Bengaluru is worse than Third Rate. Only the BPO runs the show and no Tata Sky person is bothered to find out the truth by getting feedback from Customers, for the umpteen problems raised by them, but remain unsolved.

Then how do I watch my preferred TV channels…?

We have Amazon Hot stick for each of the two TVs.

Annual Subscription for seeing up to FOUR screens is Rs 999/= ONLY.

We have added other channels by paying extra. For example,
The entire Zee TV set of channels available under Zee5 is available for less than Rs 400/=

In addition, there always was a problem when the weather was cloudy that there was no reception possible. Amazon stick working on Wi-Fi has no such problem.

One can add other Apps like Voot for Colors, Hotstar for Star TV channels, again by paying much smaller extra amounts, and getting better reception even during the rains.

I had a problem for the Free Channels subscribed, like the Republic Bharat, which would suddenly disappear on Tata Sky. No such problem to view it on Amazon stick.

There is also a provision for Language selection, so suitably one can choose the programs in the languages of one’s own preference.

When more & more people know it, it will lead to killing of the current DTP operators only due to ignorance of TRAI in understanding the needs of the TV viewers due to the wrong mindset of TRAI.

Caution : If one is used to the DTH receivers, one will initially find it difficult to get used to Amazon stick due to the different manner in which it operates. But over the period, one finds one’s way out, like I did.

I am neither an agent of Amazon stick nor advocating for it. I am only stating the reasons for which I discontinued Tata Sky & moved to Amazon Fire Stick. With almost everyone having Wi-Fi at home, moving to Amazon stick shall have no problem, which will create problem for DTH operators. more
Helpful Connected Consumers Apr 29
Viewed by 1523
View all 37 comments Below 37 comments

Shwetal Shah
This is a SCAM by TRAI in coordination with DTH operators to loot general public. advertisement before implementation said this is for public benefit but actual scenario is opposite now. How can they decide on behalf of people ? looks like they are making space for JIO cable TV entry. more
May 08

H.P. Gurg
With TRAI the rates have gone up by atleast 50%.Moreover Tatasky is showing their own channels,which we do not want to see.This is rather harassment. more
May 06 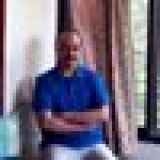 Satish Chandratre
How much extra you need to pay for using internet connectivity?
Every episode on Zee5 or Amazon prime is about 20 minutes and consumes about 500 to 600 MB of DATA.
Just calculate! more
May 06

Kalpana Roy
My subscription has gone up by 20% since last 2 months with tatasky. more
May 03

Sharad Kant
Yes, TRAI has not done justice to consumers. Expenses of all the consumers have increased. I have two suggestions:
(1) NCF charges of ₹130+GST are too high and should be reduced to ₹ 30+GST and each consumer should be provided 5 DD channels of his / her choice free.
(2) Consumer must be free to select channels (FTA/Paid) or packages as he / she likes from the list of packages / channels (mix up of channel/packages allowed) and pay for the channels / packages selected as per the prescribed fee. more
May 02
View 37 more comment(s)
Post a Comment