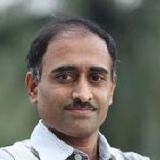 Samir Gandhi
What are the basis of taking income tax return for a scrutiny ?. Who decides which cases to be selected for the same ?. Can somebodies case be taken under scrutiny for three successive years,even if no substantial errors are found in earlier years. Is there some guideline/ rule for the same. more
Helpful Tax, Investments and Retirement Jul 26
Viewed by 368
View all 7 comments Below 7 comments

Ashok Bansal
The following circular will be helpful and is self explanatory:
INSTRUCTION NO 10/2013, Dated: August 5, 2013

Subject: Procedure and criteria for selection of scrutiny cases under compulsory manual during the financial-year 2013-2014-regd.

In supersession of earlier instructions on the above subject, the Board hereby lays down the following procedure and criteria for manual selection of returns/cases for scrutiny during the financial-year 2013-2014:

2. The targets for completion of scrutiny assessments and strategy of framing quality assessments as contained in Central Action plan document for Financial Year 2013-2014 has to be complied with. It is being reiterated that all scrutiny assessments including the cases selected under manual criteria will be completed through AST system software only.

3. The following categories of cases / returns shall be compulsorily scrutinized:-

a) Cases where value of international transaction as defined u/s 92B of IT Act exceeds Rs. 15 crores.

b) Cases involving addition in an earlier assessment year on the issue of transfer pricing in excess of Rs. 10 Crores or more which is confirmed in appeal or is pending before an appellate authority.

c) Cases involving addition in an earlier assessment year in excess of Rs. 10 lacs on a substantial and recurring question of law or fact which is confirmed in appeal or is pending before an appellate authority.

d) all assessments pertaining to Survey under section 133A of the IT Act excluding the cases where there are no impounded books of accounts/documents and returned income excluding any disclosure made during the Survey is not less than returned income of preceding assessment year. However, where assessee retracts the disclosure made during the Survey will not be covered by this exclusion.

h) Entities which received Donations from countries abroad in excess of Rs. One crore during the Financial Year 2011-2012 (relevant for the A.Yr. 2012-2013) under the provisions of Foreign Contribution Regulation Act (FCRA). Such Information is maintained by Ministry of Home Affairs and is available on its Website (http://mha.nic.in/fcra.htm). Respective Cadre-Controlling chief Commissioners / Directors – General of Income-tax may identify the cases pertaining to their respective jurisdiction after downloading from the website and disseminate the information to various field offices.

i) Cases in respect of which information is received from other Government Department(s) or other authorities pointing out tax-evasion. The Assessing Officer shall record reasons in such cases and take approval from jurisdictional CCIT/DGIT before selecting such case for scrutiny.

4. In order to ensure the quality of assessment orders, CCsIT/DGsIT would evolve suitable monitoring mechanism. They shall analyse at least 50 quality assessments of their respective charges and send the report to respective Zonal Member with copy to Member (IT) with suggestions for improvement by 30th April, 2014. CCsIT/DGsIT would further ensure that cases selected for publication in ‘let us share’ are picked up from quality assessments as reported.

5. These Instructions may be brought to the notice of all concerned.

MOHIT PANDE
Dear Mr. Bhatia,
I agree that some AOs may be indulging in such practices. Their excuse for such fishing activities through scrutiny is that it is being done for Revenue. more
Jul 27 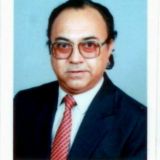 Raj Bhatia (Hello)
I beg to differ with the views of Mr Mohit and others. Even though they say that certain criterias are there and cases are selected at random, I have experienced that there is much more in selection of scrutiny cases. In one case, with no big investment or transaction, a modest size professional company comes under scrutiny year after year and not a single wrongful transaction detected except that at each scruitiny, the assessee refused to pay a single penny to AO and others. I believe that scrutiny by IT Dept. is nothing but an eye-wash to make money and is a big racquet. Modi Sarkar, wake up. more
Jul 27

K PRABHAKHARAN (EXPERT)
I agree with M/s Subhasis Banerjee and Mohit Pande and they responded to your query. more
Jul 27

YASHWANI SETHI
I think that Sh Mohit Pande has resolved your problem.Need Not to worry if comes in scrutiny in case U have not hidden any thing
yssethi more
Jul 27
View 7 more comment(s)
Post a Comment