I Pandey
I Indresh Kumar Pandey, R/o 2381, Overseas Apartments, Sector-50, Noida, U.P. was cheated by 3C company and Investor clinic. Ms. Anupama Soni and Mr. Sahil Garg, as representatives of Investors Clinic, approached and telephonically persuaded me all through June-July 2014 regarding sale of 200 sq. yard plot at Sector 79, Noida in an upcoming real estate project ‘Lotus Yardscape’ of M/s Lotus Green. With an intention to secure investment in the aforesaid plot, made many visits to my residence and invited me on 21st July 2014 at their office Tapasya Corp. Heights at Floor No: 5 E-F-G-H, Sector-126, in Noida wherein the layout plan and other details of upcoming project were shown and explained to me by Mr. Rajat Tandan, Vice-President of Investors Clinic. on 21st July 2014, during the course of meeting Mr. Rajat Tandon told me that the prices of the aforesaid plots are going to be increased by 10% w.e.f. 25th July 2014 and persuaded to deposit a booking amount of INR 10 lacs to get a plot allotted in my name. Further, they informed me that various statutory and environment clearances have already been obtained by the developer and the project shall commence from 14th October 2014. I was also promised by them that the copies of aforesaid clearances shall be made available to me within a month.
On the very next date i.e. on 22nd July 2014, I received an email from the office of Investor clinic containing alluring details, calculations and future projections as to how the investment in the plots in question shall get doubled in only 3 years that too when the investment is to be made in instalments over a period of 3 years. On the basis of aforesaid false, fabricated, concocted and dishonest representations, my I was successfully lured by them into a real estate project which is yet to see the light of the day and a booking amount of INR 10 lacs was deposited by me vide two cheques. (Cheque No. 906605 dated 23.07.2014/ SBI / Rs. 1,01,000/- and Cheque No. 906606 dated 30.07.2014/ SBI / Rs. 9,00,000/-). However, no receipt was issued to me either by Investor Clinic or by 3C company Lotus Greens against the aforesaid payment of INR 10 lacs at that point of time and instead a promise was made that the same shall be issued within a few days. Once the payment was made, true colours of tainted and malafide intentions of both Investor Clinic and 3C company Lotus Greens gradually started coming out in open. Since these companies failed to issue any receipt against the aforesaid booking amount and confirm the booking of actual plot, I repeatedly contacted them regarding redressal of the aforesaid grievances. In fact, when I visited office of Lotus Greens along with Ms. Anupama Soni, one Mr. Parag Grover promised to issue money receipt and allotment letter by end of September 2014. However, despite several reminders, till date no official receipt has been issued to me except a general email confirmation of the same by 3C lotus Greens.
Further, they have also failed to provide me the copies of various statutory and environmental clearances as promised at the time of persuading for making payment towards investment in the aforesaid project. Thereafter a series of email and telephonic conversations took place with them but they failed to provide any relief to me.
In February, 2015, one Assistant Manager of M/s Lotus Greens Mr. Samarth Munish along with Ms. Anupama Soni visited me at my residence and shown a letter of Noida Authority, which itself stipulated that environmental clearances would be obtained by the allottee before the start of the project. Since there were no documents available with the M/s Lotus Greens’ representative to substantiate its false, fabricated and dishonest promises, it was categorically promised to me that the invested amount of INR 10,00,000/- along with interest shall be returned to me within one month. However, even after a lapse of substantial period of time, I am still aggrieved as both Investor Clinic and 3C company Lotus Greens have once again failed to keep their words and return my hard earned money.
When I tried to speak to Mr. Jeetendra Shankar, DGM, Lotus Greens, about my grievances, I was told in a very unprofessional, inappropriate and unbecoming manner that Lotus Greens does not directly entertain clients coming from M/s Investors Clinic. In view of this Investor Clinic and 3C company Lotus Greens have played a criminal fraud as reflected from the facts narrated hereinabove, which has resulted in a prolonged mental agony and continuous harassment .
In these circumstances, I warn the public and prospective buyers to be beaware of such fraudulent companies/ Builders and Brokers. I request the forum to help me get back my money with interest. more
Helpful Connected Consumers Sep 19
Viewed by 3025
View all 26 comments Below 26 comments

K S Bahl
i suggest filing a case in consumer court, they will have to return your money along with the interest that they had demanded & not what they said that they would give you.
all the best i n case you want the judgement copy i would be happy to provide more
Sep 21

Prem Kakar
A cheating case. File a FIR against both the parties. Money is paid by cheque, I will also suggest to file a case in consumer forum and you will win and get back your money with interest and penalty which judge might impose on them. I also request you to give wide publicity to this cheating case as others might escape. Best wishes.
Dr.P.N.Kakar more
Sep 21

Ravi Ramesh (Yoga Teacher)
This is purely a cheating and fraud case. Of course, real estate developers in bharat are in maximum possibility of cheating the common and needy innocents. The following may considered for ideal deal:
1. There should limit of 2-3 time transfer for any sort of land for sale either for business or residential purposes. The 3rd and final transfer is either expired or not interested to use within the specific period of 1 year, should be allotted to government who will use for agriculture or any kind of national interest.
2. All the related commercial transactions should be either online / bank challan / bank note and no cash transaction should be allowed.
3. Government concerned department should make a survey all the lands in their areas with the span of 2-3 years. Idle land may be captured by giving notice to the owner seeking explanation for keeping the idle and if sufficient explanation is not received, capturing the land for specific national use. more
Sep 21

VINOD SINGH
Immideately file a FIR in a police station near you. more
Jun 25

Arupratan Sit
FIR should be filed first, so that book the Cheater under section 420. At lest do it in police website....like you are writing in LC. more
Sep 21 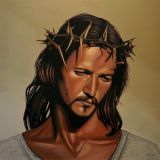 Surendra Singh
This is not first time that people have duped by so called investors by alluring the unsuspecting investor. This cheating business is going on for decades & will continue to dupe the public despite having various laws due to the loopholes in laws & support of politicians/ Babus to such cheaters. more
Sep 20
View 26 more comment(s)
Post a Comment