6 Ways Your Heart Can Get Out of Rhythm.

6 Ways Your Heart Can Get Out of Rhythm.

FAST FACTS
Rapid heart rate can cause sudden cardiac arrest, but is treatable.

When atrial fibrillation's irregular heart rate is not controlled, it can lead to stroke and heart failure.

Slower heart rate is usually not dangerous, but can be a side effect of medication.

The heart relies on electrical impulses to keep it beating at a steady pace. Problems with this electrical system can cause abnormal heart rhythms, or arrhythmias. The defective impulses may cause the heart to beat too slow or too fast, or to beat in a disorganized and chaotic manner. Some of these different types of arrhythmias can be incredibly dangerous if not properly treated, while others may be annoying but are not life-threatening.

1. Atrial Fibrillation
The most common type of arrhythmia, atrial fibrillation affects about 2.7 million people in the United States, according to the American Heart Association. Atrial fibrillation occurs when the heart's upper chambers (the atria) begin to beat rapidly and irregularly. The condition itself isn't life-threatening, but it increases the risk for stroke by allowing blood to pool and clot in the atria — increasing risk fivefold, said Hugh Calkins, MD. Dr. Calkins is an electrophysiologist, president of the Heart Rhythm Society, and director of the Clinical Electrophysiology Laboratory, the Arrhythmia Service, and the Arrhythmogenic Right Ventricular Dysplasia Program at Johns Hopkins Hospital in Baltimore.

Atrial fibrillation risk is lower before age 50 but then steadily increases with age. Blood thinners and medications to steady the heart rate and rhythm are mainstays of treatment. In some cases, a special procedure called an ablation, which purposely scars the defective part of the heart to prevent it from passing on unwanted signals, may be recommended.

Tachycardia occurs when your heart suddenly starts beating very fast. If it happens as a result of exercise, excitement, or fever, it's usually not a cause for concern and doesn't need treatment. But one type of arrhythmia called paroxysmal supraventricular tachycardia (PSVT) is more dangerous. It creates extra heartbeats because electrical signals that move from the heart's upper chambers to the lower chambers tend to loop back around to the upper chambers. The condition can cause sudden cardiac arrest if it affects the heart’s lower chambers, but is curable through ablation. Tachycardia is most common in children and young people, and is more common in women than men.

Ventricular fibrillation is the most deadly type of arrhythmia. It occurs when the lower chambers of the heart (the ventricles) begin to quiver instead of pumping normally. Because these chambers handle most of the heavy lifting for the circulatory system, ventricular fibrillation causes blood flow to very nearly cease. "If it's not shocked in a timely fashion — and we're talking minutes — then the patient will die," said Gordon Tomaselli, MD, professor and chief of cardiology at Johns Hopkins Medicine in Baltimore and a spokesman for the American Heart Association.
Ventricular fibrillation usually happens in people with some sort of underlying heart condition. Those at risk can be treated with medication or an implanted defibrillator that will shock the heart if it stops beating.
Irregular heart rhythm of atrial fibrillation increases risk of stroke fivefold.

Most irregular heart rhythms involve extra or skipped beats. These types of arrhythmias are harmless and don't cause symptoms. People who do feel symptoms report fluttering in the chest or a feeling that their heart has skipped. Premature beats can occur in anyone, most often happen naturally, and don't require treatment. However, they also can happen as a result of heart disease, stress, over exercising, or too much caffeine or nicotine. In those instances, you should talk with a cardiologist about your heart disease and any needed lifestyle changes.

Bradycardia is a type of arrhythmia that, for many people, is no big deal. It means your heart rate is slower than normal — fewer than 60 beats a minute for adults. Young people and others who are very physically fit may experience bradycardia because they're in good shape, and for them it isn't dangerous and doesn't cause symptoms. But people also can have bradycardia if they've had a heart attack or if an underactive thyroid gland or aging has slowed the heart. In these situations, taking medication or having a pacemaker implanted may be needed.
Bradycardia also can occur because of a nutritional imbalance. If it has, your doctor may recommend a dietary supplement. The condition can also be a side effect of medication, and in those cases, a doctor may adjust your prescription.

A number of other disorders occur because of problems with the heart's electrical system. Long QT syndrome, a hereditary disorder that usually affects children or young adults, slows the signal that causes the ventricles to contract. Atrial flutter happens when a single electrical wave circulates rapidly in the atrium, causing a very fast but steady heartbeat. Heart block involves weak or improperly conducted electrical signals from the upper chambers that can't make it to the lower chambers, causing the heart to beat too slowly. These conditions can put you at risk for cardiac arrest. Treatment might involve medication, ablation, or an implanted device to correct the misfiring, such as a pacemaker or defibrillator. more
Helpful Cardiology and Heart Care Jun 28
Viewed by 157

Rajendran Kuppusamy
THANKS FOR THE ELABORATED EDUCATIVE DETAILS. more
Jun 29 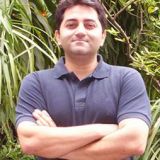 Raja Chandra (CALL BE ADVISOR WITH AGE AND EXPERIENCE)
Safal Suri. You are over weight. Lose lot of weight and you will be fine. I am 5-10-1/2 inch my weight is 72 kgs. Your should be my weight or even less. You are 5.7ft. more
Jun 29

Umesh Kumar (Professor)
I had irregular and missing heart beets about two decades ago. Local doctor, though DM, Cardiology, could not identify the root problem. Blood pressure sometimes was also high. One of the doctor diagnosed it as left ventricular contraction. A senior consultant in Apollo Hospital, New Delhi did a holder monitor test and declared it as benign. However it could be cured later on with yoga and pranayama without any heart medicine. Advice: Yoga and pranayama after consultation with an expert in not very serious conditions. more
Jun 29

Safal Suri
I'm a 45 yr old male. Have CAD. Got open heart double bypass in April 2008. Been fine since then, though get breathless climbing stairs. I'm 5.7 and large built. Weigh 104 kg. For last two months I feel like skipped heart beat or extra heart beat 8 to 10 times in a day.osto last for 1 or 2 seconds. Had holter in mid Jan 2016. There were 3 supraventricular beats. TMT was negative. My GP has asked me to loose weight. Is there anything to worry. Are these normal extra/missed beats? more
Jun 29
Post a Comment