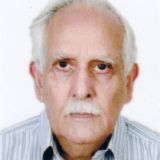 This information regarding a tsunami of lawsuits against cholesterol drug manufacturers has yet to be widely published by the mainstream media, however. To find out the magnitude of the lawsuits being filed against statin drug manufacturers, we turn to law firms who are reaping the fruit of litigation against Big Pharma.

According to statistics supplied by various law firms, there were 464 claims filed against Lipitor as of April 15, 2014, which increased to 703 by May 15, and then to 846 by June 16. As of mid-July 2014 over 959 claims have been filed for damages due to Lipitor alone. There are also many claims currently filed against Crestor, the next nearest competitor to Lipitor, and undoubtedly other similar drugs now sold under generic labels. These lawsuits now number well over 1,000, and are increasing at a rapid pace.

Lipitor benefited from the change in marketing laws in 1997 that allowed pharmaceutical companies in the U.S. to advertise their products directly to consumers. Pfizer convinced an entire generation of Americans that they needed a pill to lower their cholesterol in order to prevent heart disease, in what will go down as one of the most brilliant and unethical marketing schemes of all time.

After Lipitor’s patent expired at the end of 2011, the FDA issued its first warnings against statin drugs, which includes: liver injury, memory loss, diabetes, and muscle damage. Soon after issuing these warnings, the lawsuits started trickling in. Today, with more and more studies being published linking statin drug use to various side effects, those lawsuits have become a tidal wave, even though you are not likely to hear about this in the mainstream media.

As is often the case when learning about the criminal activities of Big Pharma, much of the research is conducted outside of the U.S. The above referenced study published recently by the American Diabetes Association, for example, was conducted in Italy.

Since the patent on Lipitor has expired, pharmaceutical companies have been searching for the next big blockbuster cholesterol drug to bring in profits like Lipitor did. One of these newer cholesterol-lowering drugs is U.S.-made Zetia by Merck. Alberto Donzelli, head of education, appropriateness, and evidence-based medicine at Milan’s public health authority in Italy, has issued warnings about the dangers of this drug, and advised doctors in Italy not to prescribe it. Merck responded with two cease-and-desist orders and the threat of suing Donzelli. Donzelli backed down, but Merck has received a lot of public pressure in Europe since the story was picked up by the British Medical Journal. It was also reported in the Wall Street Journal here in the U.S. When doctors and medical professionals oppose Big Pharma, they put their careers and sometimes their lives on the line.

Dr MaryAnne Demasi from the Catalyst. Her investigative reporting on the dangers of statin drugs has now been banned in Australia.

The fact that cholesterol is not responsible for heart disease, and that cholesterol-lowering drugs provide no statistical advantages to prolonging life by reducing heart attacks, has been widely reported for many years now by those of us in the alternative health media. One mainstream media source in Australia, however, decided to air a documentary on the Cholesterol Myth and “Cholesterol Drug Wars”. The show featured Dr. MaryAnne Demasi and interviewed several doctors and health officials who dared to tell the truth regarding the cholesterol drug scam. It was broadcast by ABC Australia in late 2013, under vigorous protests from the pharmaceutical industry. The videos were eventually removed from their website, and the network issued a statement retracting their endorsement of the show. However, they can still be seen on YouTube for now (watch them here.)

What’s Next in the Cholesterol Drug Wars?

One in four Americans over the age of 45 are currently on statin drugs. In spite of the increased research linking these drugs to diabetes, Alzheimer’s Disease, liver damage, breast cancer, among many others (see: Consumer Alert: 300+ Health Problems Linked To Statin Drugs), government-funded Big Pharma agencies continue to promote statin drugs and are attempting to get more Americans to take them. New guidelines put out by the American Heart Association earlier this year (2014) would more than double the number of Americans taking statin drugs. Big Pharma educated doctors and health officials have been so indoctrinated by the cholesterol theory of heart disease, that there have actually been debates about adding cholesterol lowering drugs to drinking water! In their minds, every person on the planet should be taking these cholesterol-lowering drugs.

However, as we are seeing, Americans are starting to wake up to the Cholesterol Myth and the Statin Drug scam, and those injured by these drugs are seeking damages in litigation at a very fast pace here in 2014, in spite of the mainstream media blackout due to intimidation from Big Pharma.

If we follow the pattern of Big Pharma when their products can no longer be supported in a free market due to lack of consumer confidence and demand, and massive litigation due to faulty products, they will probably seek some kind of government protection from these lawsuits. Such government protection will allow them to distribute their cholesterol drugs through government drug programs such as Medicare and Medicaid, and the new Obamacare. With the baby boomer generation heading into their senior years, it is just too large of a market for them to give up without a fight.

The logic they will use with politicians in Washington D.C. will be very similar to the logic currently used by the vaccine market: Americans are too stupid to know better, so we need laws to protect us and our products against litigation so we can continue to manufacture and distribute them to people who don’t want them, because they don’t realize how much they need our drugs.

This logic is clearly seen in the above referenced American Diabetes study on statins, where they state in their conclusion: “Benefits of statins in reducing cardiovascular events clearly overwhelm the diabetes risk.” In other words, we need to sacrifice those who are harmed by our products for “the greater good” of society, because our drugs are necessary for public health.

This kind of logic and legal protection against their dangerous products is exactly what happened in 1986, when Big Pharma convinced Congress that vaccines were necessary for public health, in spite of the fact that they were causing great harm and sales were slumping, while they were incurring great legal bills in litigation. They threatened Congress to stop manufacturing vaccines due to all the litigation, and Congress obliged by passing legislation that removed all legal liability for damages due to vaccines. That law was then upheld years later, in 2011, by the U.S. Supreme Court. Today, you cannot sue Big Pharma for damages due to their vaccines, which has resulted in the U.S. administering more vaccines per child than any other country in the world. Without legal protection, the industry would not have survived. Or if it had survived, we would have far fewer and far safer vaccines in the marketplace today. Instead, we mass vaccinate with an ineffective annual flu vaccine that is crippling hundreds of people a year (see: Government Pays Damages to Vaccine Victims: Flu Shot Most Dangerous with GBS and Death Settlements). The flu shot is being mandated for certain segments of the population as a condition for employment or school, with increasing pressure to mandate forced vaccinations for a greater segment of the population all in the name of “public health safety”.

Is this kind of government protection and mandated drug distribution on the horizon for cholesterol-lowering drugs? You can be sure they will try. It is up to you, the consumer, to stop buying their products now, and to stop voting for people to represent you in Washington D.C. who support Big Pharma.

We are currently living in the Dark Ages when it comes to health freedom, as today’s pharmaceutical companies are the biggest criminals in the marketplace, having reached settlements in criminal medical abuses that reach into the billions of dollars. Yet the government continues to not only recommend their products, but purchase and distribute them with YOUR tax dollars via government funded programs such as Medicare, Medicaid, and Obamacare.

As a consumer, you must resist purchasing these toxic products, and fight against any kind of mandated “health program” that forces you to purchase or take their products. History will look back on these Dark Days of medical tyranny with horror. In the meantime, don’t become a fatality and statistic to the cholesterol drug scam! If you are responsible for caring for any seniors, help them to not become a fatality or statistic as well, by being informed and taking a stand for your rights!

References
Statins and the Risk of Diabetes: Evidence From a Large Population-Based Cohort Study – Diabetes Care

Two Studies Suggest Risk of Diabetes with Statins Such As Crestor – LawyersandSettlements.com

More on the Cholesterol Myth
More on the Statin Scam
Fat and Cholesterol are Good for You!
What REALLY Causes Heart Disease
by Uffe Ravnskov, MD, PhD more
Helpful Cardiology and Heart Care Sep 27
Viewed by 95
View all 6 comments Below 6 comments 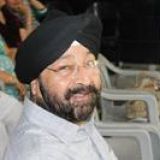 Durga Prasad
Thanks Hari ji for the very informative and educative post. That feeling of America has strict laws and medical health care is excellent, that the government looks after the elderly and the needy (health-wise) is shattered. I am sure even the entire health care industry in India too is bought by these pharma giants. That the pharma giants and the drug lords run the Governments across the world is not a too shocking a news but your post has substantiated all those thoughts. Hope Indian doctors and the public realize the dangerous implications of these drugs. more
Sep 27