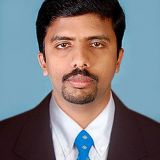 " Don't underestimate the power of common man " :- Modiji should confirm that this govt is not losing the 'human face', shouldn't forget crores of common people who voted for BJP.

Diesel price decision power given to Oil companies. I am a swayam sevak and I supported all the activities and policies of Modiji till now. But with lots of disappointment and protest I has to say that this is a worst decision from our govt..
The middle class and common men voted for BJP during last election and thus got this clear majority. Diesel price hike leads to simultaneous price hike for necessary commodities of common man. Also it will make the life of farmers, taxi owners, drivers etc.. more hard. One of the major factor of the collapse of UPA is their policies against common people. Corporates can fund, but winning votes will come from common people. I remember one dialogue of Sharukh khan on Chennai Express " don't underestimate the power of common man "
Truly this decision is against the common people who voted for BJP during last election. I think this decision is to protect the interests of multinational pvt oil companies such as Shell, Reliance, essar etc. Their outlets in India were closed 5 years back due to govt subsidies given to public oil companies. These Corporates can provide as much fund party requires, but votes are coming from common public which decides all. Money power has no effect there. Crude oil price will shoot up shortly and correspondingly diesel price. The impact of Diesel price hike will have drastic impact all over India. Common man can't afford wide price increase of necessary commodities occurring due to diesel price hike. Indian farmers, pvt and public transport system, industries can't afford huge price of diesel. Developed countries are giving huge subsidies. Our farmers and small scale industries has to compete with them in Indian and world market. That's why old govt's given subsidies for diesel and kept price decision power in govt's hand.
Petroleum companies were normally telling that they are selling petrol and diesel with huge loss. But during each financial year closing the companies are having huge profit in their balance sheet. They are giving the profit share to employees. Making huge investments for opening new outlets, plants etc.. They are doing wide advertisements for their products modeled by celebrities like sports persons, film stars etc (I don't know why they are advertising petrol and Diesel which are necessary commodities for common man). There is no need of Ads. for the sale of diesel, petrol and petroleum products. A company which is running in loss cannot do any of these. Their 'imaginary and unrealistic' loss is due the wrong pricing mechanism, which needs to be changed urgently.
Modiji has to take urgent action to take back the diesel and other petroleum products price decision power and implement an error-free scientific pricing mechanism for petroleum products..
Govt has to think about majority (the common public) since the major portion of Indians are poor and lying in BPL. Modiji should confirm that this govt is not losing the 'human face', shouldn't forget crores of common people who voted for BJP. more
Helpful Connected Consumers Oct 19
Viewed by 1289
View all 70 comments Below 70 comments 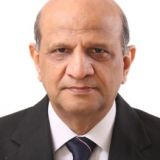 DEVINDER SHARMA ("Expert Consumer Protection Act")
The Government has a very limited role to play in today's globalized economy. The Government cannot control inflation by giving subsidising prices of petroleum products or medicines. The Government can only provide limited protection to the lower strata of society by providing limited but well directed subsidies.

Huge subsidy of diesel, LPG Gas, Kerosene, Fertilizers, Food grains and passenger rail fares has lead to very high inflation on account of increase in the price of unregulated commodities or creating a shortage of regulated commodities on account of supply constrains. It may be noted that inflation has strong positive corelation with the level of subsidies in the economy. It has been demonstated over the last three years and can be experienced during the current year.

Tax incidence on Petrol and Diesel Varies from 30% to 40% of the price with maximum tax being levied by the State Governments. The tax rates have to be rationalized and petroleum products have to sold at fair economic prices to control their consumption as India is net importer of fossil fuels.

We need to remove bottlenecks in our economy to match demand with supply and curb excessive demand by curtailing subsidies and unproductive Government expenditure. more
Oct 31

Naresh Karmali
It's but natural of human being to crave for more and increasing wants. everyone is talking about poor people and farmers. Simple economics is one cannot get any commodity below the cost price and no one engages into business with charity motive. Now there is an appeal for voluntary surrender of LPG subsidy by OMCs, but how many people who can afford to pay full price have surrendered their right over subsidized LPG? this could give LPG to more poor people. more
Oct 25

Amrita Chowdhury
Lets understand we needed to take out subsidy from diesel price more for common man than others it has spiralling effect pulling down growth in long run...we need to empower people with more Purchasing power, not give subsidy and keep them depended on us as well as oil companies permanently,
Regards,
Amrita Chowdhury more
Oct 25

Harish Js (IT Professional -Deputy Manger, Trivandrum)
Mr. Saxena, I am not suffering from any of the phobia/mania(not fobia).... I think you are a victim of many phobias, that you are not able to disclose in a public forum. That is why you are suspecting others. :) :) :)   
The major portion of the cost of petroleum products are central/state taxes. It covers a huge amount. Also the current pricing mechanism is having errors. Many experts pointed out the defects. The current pricing mechanism is not considering the profit from crude oil which is produced in India. They are calculating it same as imported crude oil. The huge taxes need to be regularized and reduced. If the pricing and taxing mechanism of petroleum products is scientific and accurate the price will be considerably less. Diesel price is having huge impact on the daily life of common people. Bulk buyers, like the Indian Railways, Indian Army, housing complexes and bus companies, together buy 18% of all diesel sold in the country. The wrong price will drain our own money to purchase diesel for these govt owned organizations. Luxury car owners cover a very small percentage of diesel usage. Diesel is used in industrial, transporting system, fishing and agricultural area on a very large scale. The increased price will make the life harder for the people from these groups.
Subsidies are necessary for our farmers, fishermen and small scale industries. The misuse of subsidies need to controlled by govt: authorities. It is not an excuse for stopping subsidies. Our farmers and industries were competing with multinational brands and products in Indian and world market. Developed nations are giving huge subsidies in their country for their farmers and industries. Meanwhile they are forcing developing nations to stop subsidies. Modiji rejected this policy of WTO.
Why our politicians and bureaucrats opposing subsidies to farmers and common man?
Also they are supporting subsidies, tax exemption and tax free zone facilities for Corporate. Why this dual stand ??????
Do you know the subsidies and tax exemptions given to corporate during the last financial year will reach almost 15 lakh crores….. Govt is losing this much money. Still our politicians, bureaucrats and some people from our side are blaming farmers and small scale industries for availing some subsidies. Why we are not counting this huge share of money from corporate ???. The subsidies and tax exemptions to corporate need to be controlled and the reasonable subsidies to the common men need to be continued(must be restricted to the deserved people). These points were already present in my old comments. Still you are not able to find it. It is a wonder….!!!!!!!!!!!!!!!
The last question is irrelevant on current discussion . You can get the answer from an expert economist( I’m not an economist) or by searching in websites. It’s better to search for the answer you will get more knowledge about it. Best of luck….. more
Oct 24

Harish Js (IT Professional -Deputy Manger, Trivandrum)
Whoever is telling, whether it's AAP, experts or common men, it's the truth. The figures of cost of production, implementation are given by experts, you can search it. I want to focus on the core issue, that's why I avoided flattering comments. No one can hide the truth for all the time. more
Oct 24
View 70 more comment(s)
Post a Comment