restriction on lawyers fees & curb on delayed verdict in courts 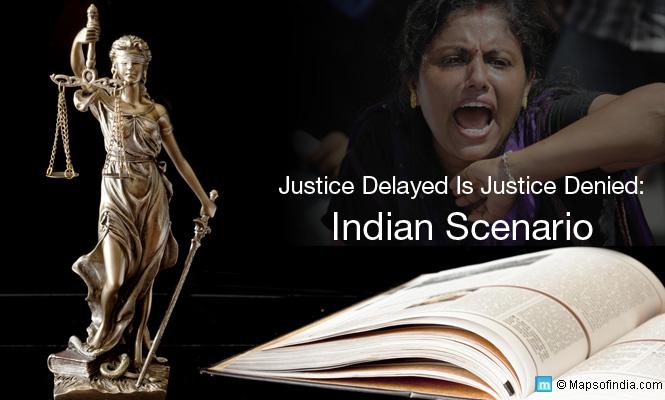 To
President of India
presidentofindia@rb.nic.in

By Shailesh Gupta (Medical-Lifestyle physician)
It's about justice. The law of country forces citizens to compulsorily go to a court in case of any dispute of problem there's no second alternative or you're put in jail. When a citizen is compelled to go to a judge or a lawyer why there should be a fee of a lawyer? There can be a small service fee foe the courts but why there is fanciful, unrestrained fee for the lawyer? Second, even if a lawyer is helping to defend a criminal he escaped the punishment why so mercy on the lawyer? There must be a tap on lawyers fee and there must be a tap on number of hearing for a case. Then, if the case is delayed the judge must explain the delay. If judiciary was a market and there were many options for shops the client could go to any shop, but first you compel them to come to you, then you compel the public even to pay and that even any fanciful freely at the disposal of the lawyer. That has to stop.
The Petition was also marked to:

Prakash Yadav
Actually it is the responsibility of the government to deliver justice without any impediment. you can approach the courts in person as per the law. but the total judicial setup consists of advocates and favors advocates. It is very difficult for a party in person to get justice , but not impossible.
Approaching courts through advocates is the other option. But then you have to tolerate his callousness, negligence, his priorities, fancies, whims etc. there is no effective and prompt remedy against misconduct of advocates. nor is there any public rating system by the bar association which can help you to select identify one with good track record. if you are a criminal seeking acquittal then having an advocate is better option. Because with the help of advocates, illegal / non maintainable pleas you can keep on prolonging and delaying the matter for years till the opponent is fully exhausted and runs away. the payment by criminals is justified. Our system is just a copy of systems suitable to other countries, especially UK where integrity has a different definition. It is created by those who were traitors in the eyes of government and therefore it is more suitable for criminals to get away with the crime. it is not improved to suit our circumstances.
there is no effective and prompt remedy if a judge gives non judicial decision beyond the rule of law. He can give any decision and still claim immunity saying that they are appeal-able. These judges were once a good lawyers who are expert in manipulating law for their clients. they normally carry unholy nexus with advocate fraternity and they are therefore more comfortable and beneficial without regrets in helping their fraternity or old relations.
even at supreme court level there is nothing that you can do if a judge gives a bias decision to favor his friend advocate and earn out of it. a decision of supreme court cannot be assailed by writ as it is an established fact by earlier binding judgement by advocate predecessors. as mentioned earlier these judges coming up from among st advocates have no affinity or tendency to adhere to law but to pursue their views and justify their views with trickery associated with advocates expertise. you will find narrative judgement like a poet or a philosopher but committing orgies on rule of law.
a remedy of review petition is available but it goes before the same judges, normally in chambers, who passed and therefore having preconceived and predetermined objectives. record shows that not even one out of hundred succeed in review petition.
after review petition curative is another remedy for the names sake. here you have to first take a mandatory certificate from a senior counsel by paying huge amounts. Getting a certificate from senior counsel is no garantee of your issue being justifiable. because presently its on record that hardly any out of hundreds certificates issued succeeded for being with proper justifiable issues. its a sort of knighthood allotted to senior counsel to make a comfortable earning with no binding conditions any in interest of justice. And curative petition also goes before the same judges, along with others.
so justice in India is an illusion for litigants and meant for advocates to survive and does not have any socialistic objective of delivering justice. Grievances of litigants are made as source of earning for advocates like vultures on carcass of ailing or dying creatures. that is the main reason why many upright poor are unable to tolerate and commit suicide. that is the reason why many educated are running away from India. there are many who are suffering mutely. such number is increasing day by day. such situation normally leads to revolution by sort of lynching of rulers: advocates and judges, but majority being below poverty line somehow surviving and therefore do not have time to revolt.
Therefore You need to find your way if you have to survive. more

Csn Sarma
Article 39 A [Free or aided] Legal opportunity was recognized by S.C. as the equally prime issue like cases of rich in '83 itself. By 87, the Cases pending in S.C. reached to such volume that takes 10 years and SINCE THEN, THE ALL THE COURTS SUFFERED WITH inadequate number of Judges and, even insufficiency in the No. of Courts.
Crimes as well as Cases against Governments and Bodies have been increased to lakhs.
The neglect of rule in terms of the Directives of the Constitution is the basic cause of multiplicity in cases and increase in general Civil Cases.
Like the issue of cost increase starting from Education to Essential Commodities, Lawyer Fee also multiplied SINCE AFTER 95 .

Unless the misappropriation, misuse, mis-allocations, corruption, quid pro-quo system , Allowed or Neglected Loot and Smuggling of National income and Natural land Treasure , ARE CONTROLLED,,,,,,, PRICES, RATES AND COSTS OF ALL INCLUDING basic essentials of FOOD ITEMS, STUDIES TO the fundamental issue of Justice to the individual Citizen CANNOT BE POSSIBLE .

This is why, the concept of Reforms was taken up as a challenging task by THIS NDA government for addressing good governance with people's participation . But, many have been side-tracked by Oppositions, their Allies and supporters MAKING ESSENTIAL THE Aadhaar Card linkage for every Phone, Bank/P.O. Account and all other IDs AND, mandating for Cashless Transactions .
Then only there will be the definite possibility for the controlled prices , rates , Fee , including Aided Justice under Equal Opportunity honouring article 14 and 39 A for general public.
Though Dr. B.R. Ambedkar praised the article 32 as the heart of the constitutional provisions to the people of India, THIS WAS ALSO SET FOR ONLY THE RICH AND THOSE POLITICALLY SUPPORTED . more
Mar 13

Prakash Yadav
the main reason for increase in cases, or pending back log is not mainly due to lack of adequate judicial system. but it is the unrestrained freedom allowed to judges to entertain and waste time on unreasonable and illegal pleas. then it is the unrestrained freedom to advocates to aid criminals with illegal pleas, knowing that they are untenable. the rule of law being same then any defiance therefrom should be screened out or otherwise punished at entry level itself. Unless there is a effective punishment for judges for giving judgement beyond rule of law, and unless the advocates are punished for pursuing illegal and untenable pleas, the number of cases will keep on increasing and there will be logging, as the earning for survival of total judicial setup depends on prolonging and increasing the litigations without hindrance. role of advocate is unjustified and uncalled if he does not screen out illegalities and pursues only as per law. more
Jul 20

Atul Chaudhary
Free Legal Aid is lip service, the Lawyer does not put his heart in to it. more
May 05

Shailesh Gupta (Medical-Lifestyle physician)
Let's make the beginning atleast do something what we could.. please ask others to participate and sign this petition. Thanks!!!@@ more
Apr 13