Banned the use of word “Dalit” in media and in books of law. 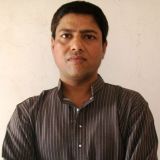 By Sharad Pant (Director)
Now days it is trend to first know the caste and creed of suffered/exploited person and if it is known that he is from SC/ST community then it will be matter of great pleasure and joy for the media people to highlight and to create sensational news. That is why the media is giving hype for such incidents. It is all for increase the rating of the channel.

One year back during my bus journey from Amravati to Hyderabad the bus got punctured in middle. One young boy who was under the influence of liquor started to give abusive language, the women in the bus felt embarrassed, few people tried to stop him but he again increased the tone and started to use more bad words. At the end the bus conductor has lost his patience and he slapped him. The boy was shouted, how you dare to slapped me, I am Dalit, our Babasaheb given you a Samvidhan and that is why you people are enjoying freedom etc etc. He gone in near village and returned with some boys with sticks and bats. They catch hold the bus Conductor, but he passengers stopped them and explained all scenario. Then youths gone back by threatening Bus conductor for not to dare to do such things again in future.

Thus in many incidents it has not known the person that with whom he is quarrelling, may be it will be small dispute by using word like Dalit, media taking that small incident at other level to increase the communal tension. Now the time has come to stop such cheap practices of media. Govt. should put ban on the using the word “Dalit” in news or anywhere.
The Petition was also marked to:

Csn Sarma
In fact, even Ex-Minister but Sitting MLA also threatening that he will file case of Dalit Atrocity. The law really stood provoking Some undue incidents too. IAS and IPS are Abused but no action . There have been many incidents politically taking place in the Society and are mere the creatives.
Rule of Law shall be promptly enforced irrespective of Position {political}, Cadre{Governing} , Status {Students/Children/Gender/Businessmen} . BUT, THIS COULD BE POSSIBLE ONLY WHEN THE LEGISLATORS AND LEGISLATURES ARE SEPARATED FROM REAL GOVERNANCE under the Constitution. Legislators have to keep up the Top Status of Making Laws for public at National Interest .

Reforms of various Issues concluded in our Circles are to take place to have real good governance implementing Equality, Equal Opportunity and, the Directive Principles of State Police for Rule in Indian under the adopted Constitution. more