NEW DELHI—Ravindra, a 23-year-old textile-company supervisor, is part of a generation of Indians who have emerged as a crucial voting bloc as national elections began Monday.

Born around the time India began liberalizing its previously socialist economy in 1991, Mr. Ravindra and his cohorts—no longer poor but not yet firmly in the middle class—have higher expectations than their parents and want leaders who can deliver more rapid growth.

"I want to move ahead in my life," said Mr. Ravindra, who earns $3,000 a year—15 times what his father, an auto-rickshaw driver, makes. Mr. Ravindra, who goes by one name, said he plans to one day head an export business and own a home and a car.

India's young professionals are helping to fuel the rise of Narendra Modi , the prime ministerial candidate of the Hindu nationalist Bharatiya Janata Party. Opinion polls indicate Mr. Modi is the front-runner to win the elections and defeat his rival center-left Congress party led by Rahul Gandhi.

"Modi talks about success, about work, about ambition," said Mr. Ravindra. "That's what I want in a leader."

Slowing growth and rising prices in recent years have made it harder for many Indians, especially those in urban areas, to stay on an upwardly mobile track, and alienated onetime supporters from the Congress party, which has run the country for the past decade.

Young Indians who have left the land and entered the country's modern economy make up a significant proportion of the 100 million first-time voters eligible to cast ballots in this year's elections, which will last five weeks.
Related

India's aspirers—those who have escaped poverty but not yet made it into the car-owning, credit-card-toting middle class—"are a core demographic of this election," said Shiv Visvanathan, a sociologist at the Jindal School of Government and Public Policy.

Congress, which introduced the market reforms of two decades ago and in recent years has instituted welfare and poverty-alleviation programs, played a critical role in lifting people from destitution and creating the newly ambitious class that now threatens its electoral prospects.

"The Congress's main problem is that it triggered their rise and then collapsed on it," said Mr. Visvanathan.

Congress's campaign leader, Mr. Gandhi, has pledged to pull more people into the middle class with better health care and more educational opportunities. But the party's failure to revive growth and curb official corruption has hurt it with younger voters.

Frustration with graft is driving some to support the new Aam Aadmi, or Common Man Party, which has made fighting corruption the centerpiece of its campaign. The party's ranks are filled with young volunteers, and Mr. Ravindra says he also supports its activist leader, Arvind Kejriwal. But in the race for prime minister, Mr. Modi is far ahead.

A recent Pew Research Center survey shows 66% of Indians aged 18 to 29 support the BJP—more than any other age group. Overall, 70% of Indians said they are dissatisfied with the direction of the country and 63% think the BJP should lead the next government.

During its campaign this year, Mr. Modi has stayed away from the religious issues that have long been the foundation of the BJP. Instead, he has focused on economic expansion and harnessing what he has called the "untapped potential" of India's young people. More than half of Indians are 25 and under.

"Development alone is the solution to all problems," Mr. Modi said in a recent speech. "The youth is not just a new-age voter but a new-age power."

Raushan Kumar, who works alongside Mr. Ravindra at the textile company in New Delhi, moved to the capital region from rural Muzaffarpur in the impoverished state of Bihar. He said he would try to persuade his family back home to vote for Mr. Modi, who he believes "has a lot of substance" and "dreams big."

Mr. Kumar, 23, says his father, who runs a store and for years tried to persuade his son to get a government job, doesn't quite understand what he does for a living. In fact, Mr. Kumar says, some of his relatives even wonder if he works as a tailor.

"But I didn't want to run a shop or work in a drab government office," said Mr. Kumar, who dresses stylishly with his hair gelled and spiked, carries a smartphone and checks Facebook regularly. "I wanted to be a professional."

India in 2010 had 400 million people that it categorized as "aspirers," earning between roughly $1,500 and $3,300 a year, a study by the independent National Council of Applied Economic Research estimated. That is up from 220 million people in that category in 2001.

Bhupendra Baghel, 25, whose father worked as a gardener for the government, runs a computer repair store in the Delhi suburb of Gurgaon that has managed to bag a handful of contracts from small companies.

His income has allowed him to buy a small car for his sister's wedding dowry and will enable him to send his 2-year-old daughter to a good private school, something his own father couldn't afford. But stretched thin by rising prices, Mr. Baghel hopes a Modi government "will work not just for farmers, poor and lower-caste people," but also people like himself. more
Helpful Lets discuss Elections Apr 07
Viewed by 493
View all 7 comments Below 7 comments 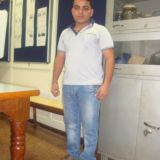 RAJESH CHAUHAN
Dear Sheetal,
I, always like to read your writings. which are more informative, good piece of hard work and interesting. Keep it up.
With Best Wishes,
Chauhan Rajesh
09811731968