Our eyes not only help you do all your work with precision, is one of the most delicate in our body and is often the one that is over-used and abused the most.

The eyes have another distinction as well, they are very intimately correlated with our entire body. For example, if there is deficiency in blood supply or nervous exhaustion; if the glandular secretions are abnormal; if there is any serious functional or organic change in the body; the eyes are generally affected and if not treated on time it can have extreme consequences. A good example of this is the formation of dark circles under the eyes which is indicative of bad blood circulation or signifies composition of the blood itself. Similarly, puffiness or swelling of the eyes is often an early symptom heart or kidney disease, anaemia or malnutrition.

Just as the eye suffers due to constitutional disorders, so does the general health of the body become impaired due to visual defects. Headaches, nausea, and dizziness are especially the frequent results of eye strain. So, if you want to keep your eyes healthy naturally, here are some yoga techniques you can use.

The sunlight, far from being harmful, is the most healthy thing for the eyes. The best time for gazing is the early morning (7 to 8 a.m.) or late afternoon gazing is (5 to 6 p.m.), especially the time of sunrise and sunset. People with defective or weak eyes should start by looking in the direction of the sun – instead of looking straight at the sun – until they are able to look directly at the sun without discomfort or pain. No attempt, however, should be made to stare at the noonday sun as the glare causes irritation, and such a practice may lead to more harm than good. Again, gazing at the sun should be practised gradually, that is, only a minute or two in the beginning to about ten minutes at the most. Of course, by practice, one can gaze at the sun even for half an hour or more, but five to ten minutes of practice is generally sufficient.

The process for the purification of the eyes consists in fixing the eyes on a particular object, far or near. The following four exercises are effective in strengthening the eye:

Assume any comfortable relaxed posture (like sukhasana) with the body and the neck held erect, and fix your eyes on the tip of the nose. Continue to gaze for one or two minutes and then close your eyes. Repeat a few times, before closing your eyes for rest interval.

Sitting in a comfortable position with your back and neck erect, focus the eyes on the space between the eyebrows. Keep this up for a period of a minute or two. Again close your eyes for rest.

Keeping the body erect, the neck straight and the head steady, fix your eyes on the end of your right shoulder. Keep your body straight while practising this technique. Maintain this for a minute or two and then close the eyes for rest.

Finally, maintaining the previous position of the body, fix the eyes on the end of your left shoulder. Keep this up for a period of minute or two and then close your eyes for rest.

You can delicately massage the area around your eyes with pressing and palming movements. This positively influences the blood circulation, the nerves and nerve endings in the eye.

The use of cold water in bathing the eye is essential to giving that organ the necessary tone and stimulation. A few minutes after the trataka exercises, it is invigorating either to dip the eyes in cold water for three to four times. This vigorous contact of water with the open eyes has the same healthy effect on the circulation of the blood, lymph and end organs as the massage so widely recommended for the treatment of the eye.

All the techniques can be practised either separately or together. The special value of these eye techniques lies in training and strengthening of those muscles which generally control the eyeballs especially the four sets of muscles which pull the eyeballs upward, downward, to the right and to the left. As such, they help to secure proper fixation and accommodation, lack of which leads to the defects of vision and diseases of the eye requiring the use of glasses. more
Helpful Eye Care in Delhi/NCR Sep 03
Viewed by 106

Narendra Kumar (Expert - Contact Lens Educator)
While nobody denies the usefulness of yoga in general well-being, especially in soothing body and mind, I agree with Dr Dinesh Verma about the need to protect the eyes from the ill effects of harsh sunlight. Science has proved that even on cloudy days, harmful ultra-violet radiation can harm the outer as well as inner structure of eyes...So, go for yoga but not with closed eyes! more
Sep 18 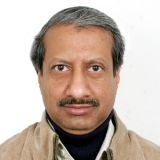 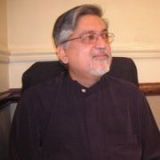 Dinesh Verma (Senior Eye Surgeon)
Ms Shikha Jain..While I agree that Yoga can be useful for eye health, you have made some sweeping & inaccurate statements which can cause real harm to people and damage their eyes permanently. Sun Light IS HARMFUL to eyes. As an Ophthalmologist, I have seen several cases of eclipse blindness when people have tried to gaze at the sun during eclipse. Furthermore there is ample evidence in literature that light causes oxidative damage to retina and is a risk factor in causation of blinding condition age-related macular degeneration. more
Sep 04

Abha Mittal
Thanks for the nice information!! more
Sep 03